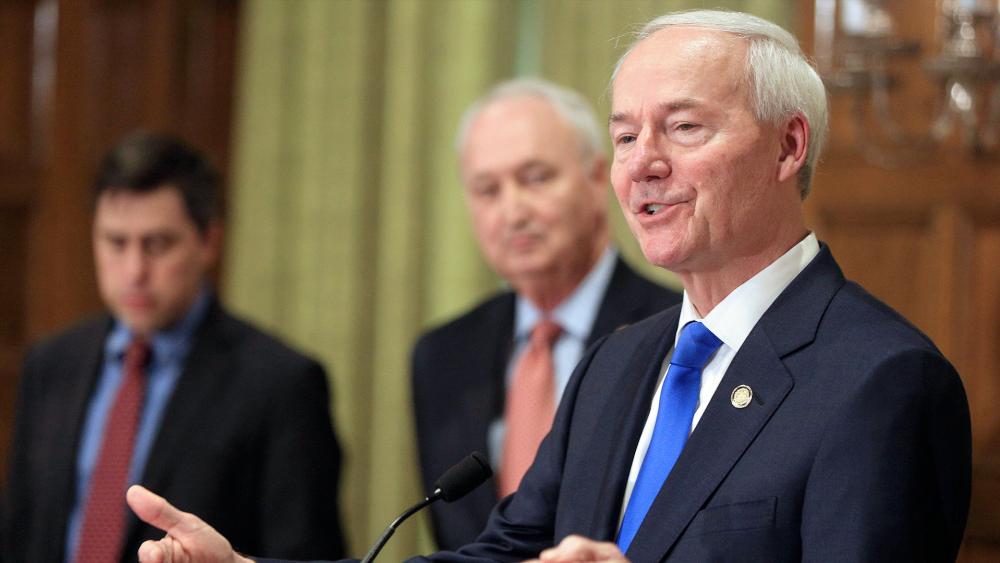 The state’s Republican-led Senate passed the proposal, H.B. 1570, by 28-7. If approved, the legislation would have forbidden doctors from prescribing hormone therapies and puberty blockers to or performing sex-altering surgeries on minors suffering from gender dysphoria.

Hutchinson, though, argued the bill was nothing more than a “product of a cultural war in America.”

“I don’t shy away from the battle when it is necessary and defensible,” the governor told reporters. “But the most recent action of the general assembly, while well-intended, is off-course and I must veto.”

He went on to say the legislation would have established “new standards of legislative interference with physicians and parents as they deal with some of the most complex and sensitive matters involving young people.”

“House Bill 1570 would put the state as the definitive oracle of medical care, overriding parents, patients and healthcare experts,” Hutchinson explained. “While, in some instances, the state must act to protect life, the state should not presume to jump into the middle of every medical, human, and ethical issue. This would be, and is, a vast government overreach.”

“House Bill 1570 is opposed by the leading Arkansas associations, and the concern expressed is that denying best medical care to transgender youth can lead to significant harm to the young person from suicidal tendencies and social isolation to increased drug use,” he added.

Hutchinson said he was particularly concerned the legislation did not include a “grandfather” clause, meaning minors currently receiving hormone treatment could potentially be forced to stop mid-stream, which he said could lead people to begin “looking to the black market, or go out of state, if they can afford it, to find the treatment that they want and need.”

The leftist American Civil Liberties Union — which has argued it’s a “myth” to claim there is a difference between transgender females and biological females — praised Hutchinson’s veto as a “victory.”

“This victory belongs to the thousands of Arkansans who spoke out against this discriminatory bill, especially the young people, parents, and pediatricians who never stopped fighting this anti-trans attack.”

Conservatives on social media were quick to condemn Hutchinson’s decision to veto the legislation.

Ryan T. Anderson, author of the banned book, “When Harry Met Sally: Responding to the Transgender Movement,” shared a quote from 2019, when he argued: “It is particularly unethical to intervene in the normal physical development of a child to ‘affirm’ a ‘gender identity’ that is at odds with bodily sex.”