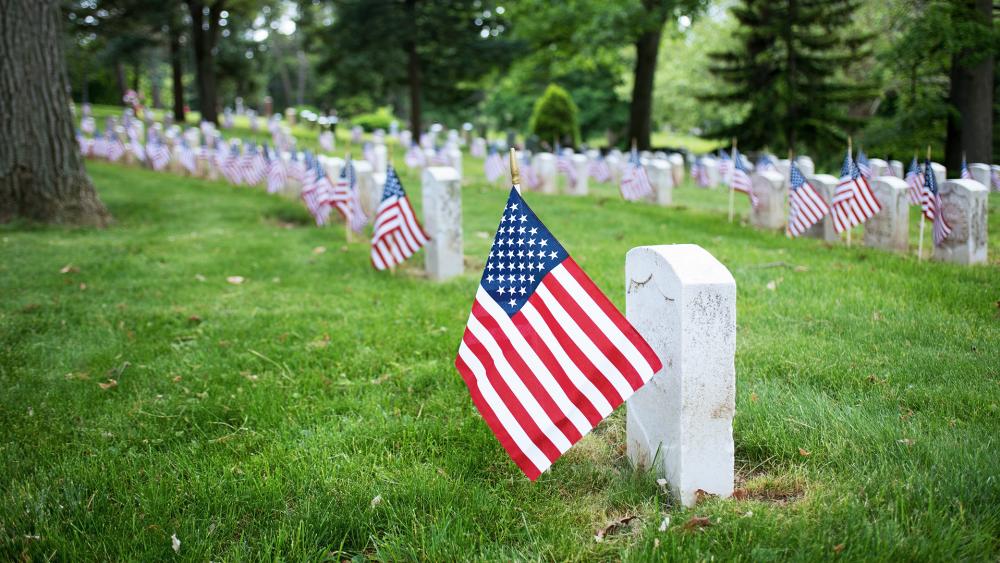 The town of Monument, Colorado, apparently won't be bullied by anti-religious activists who say a memorial to veterans in a public cemetery violates the First Amendment because it contains a Christian message.

The memorial was a project by 16-year-old Eagle Scout Michael Carlson and was presented to the town in a gifting ceremony last October. Carlson designed the memorial and raised some $46,000 in private donations to make the project a reality, according to The Christian Post.

At the ceremony on Oct. 3, Monument Mayor Don Wilson praised the young Eagle Scout for his project.

"Michael saw veterans were underrepresented here. He didn't go to the government and say 'Fix this.' He decided to fix it himself and asked the government to help. … His leadership and patriotism have bettered our community," Wilson said.

The Town of Monument aided the project by removing the grass around the flagpole and digging up the land for the memorial, according to The Tribune.

The memorial includes a plaque that reads, "Only two defining forces have ever offered to die for you, Jesus Christ and the American soldier. One died for your soul, the other died for your freedom. We honor those who made freedom a reality."

Those words, apparently, are fighting words to the Military Religious Freedom Foundation (MRFF), which argued in a letter to the town that the memorial was a violation of the separation of church and state, and demanded that it be altered or removed from the public cemetery or the town would be subject to a federal lawsuit. MRFF also took issue with the use of US military branch logos on the monument, which it says makes it appear the memorial's message is government-endorsed.

In response, the town retained legal representation from First Liberty Institute who sent a letter to MRFF stating that the town would not remove the memorial. The letter says the memorial is "privately designed, privately maintained, and located on private burial plots in Monument Cemetery."  In addition, the First Liberty letter calls on MRFF to apologize to Michael Carlson and his family for its derogatory rhetoric in opposing the monument.

"Instead of recognizing his honorable intention," the First Liberty letter reads, "you issued a public press release referring to his monument as a 'wretched, unconstitutional dumpster fire' and an 'unconstitutional gambit/scheme to get the American military to endorse and validate the fundamentalist Christian nationalist message of supremacy, dominance, exclusivity, and exceptionalism of that memorial monument.' Your attack on a minor who simply intended to honor our veterans is profoundly disrespectful to all involved."

The MRFF responded that it did not attack Carlson and that no apology will be issued. It also said the plots on which the monument rests were privately purchased only after the group's complaint.

It's not yet clear whether that private ownership of the cemetery plots where the memorial stands will be enough to ward off a lawsuit from MRFF. Or whether an Eagle Scout's effort to honor the sacrifice of US military veterans will end up being affirmed or trashed in federal court.