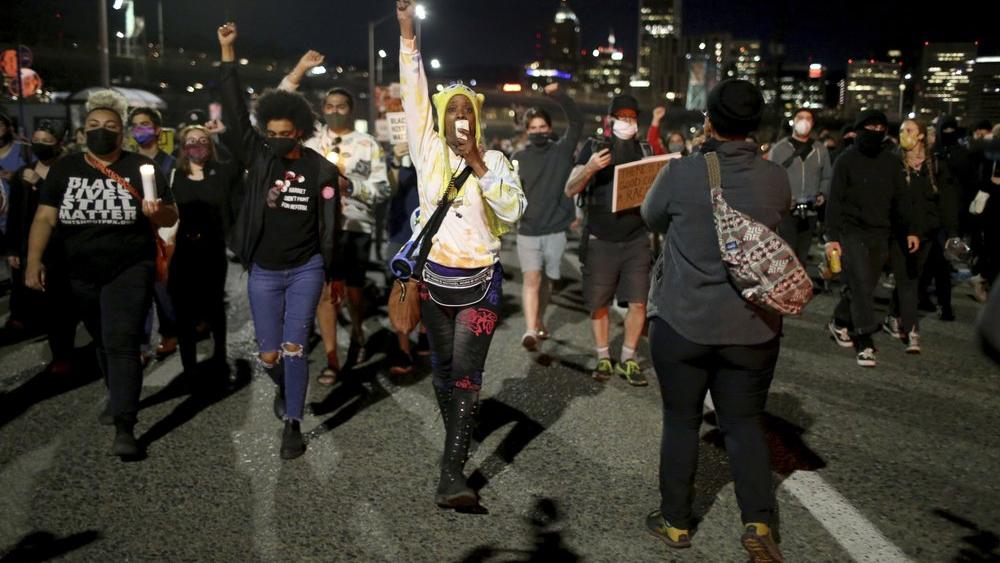 Chaos consumed several U.S. cities Friday evening as protesters took to the streets, unleashing their anger over the deaths of Daunte Wright in Minnesota and Adam Toledo in Chicago.

Authorities tried to withhold a curfew for the first time since protests began last Sunday after 20-year-old Wright was shot by a police officer during a traffic stop.

Despite Mayor Mike Elliott's effort to "take a different approach," the decision was reversed and the emergency curfew was imposed from 11 p.m. Friday to 6 a.m. Saturday.

Fox 9 reports that rioters broke through a barrier surrounding the headquarters building and threw objects at officers. Police responded with flashbangs and pepper spray, then declared it an unlawful assembly.

In Chicago, thousands gathered in Logan Square after video footage was released from the March 29 police shooting involving 13-year-old Toledo.

Police and protesters clashed briefly throughout the night.

Clashes are breaking out between Chicago Police and the crowd here at Logan Square Park #Chicago #ChicagoPD #ChicagoProtests pic.twitter.com/fVL5W2P7Gm

Chicago Mayor Lori Lightfoot on Thursday urged the city to stay calm, adding that there would be a full investigation into Toledo's death.

And marches in downtown Portland, Oregon turned violent Friday night, leading police to declare one of them a riot.

More than 100 people tore down crime-scene police tape and threw objects at officers while they were conducting their investigation. The misconduct led officers to deploy pepper spray and smoke canisters in an effort to disperse the crowd.

A building attached to the Apple Store in Pioneer Place is lit on fire as Security guards the Apple building. #Portland #Protest #riot pic.twitter.com/m8Iio5J2ul

Portland Mayor Ted Wheeler released a statement Friday asking everyone to "proceed with empathy and peace. These shootings always are traumatic for everyone involved and for our community, regardless of the circumstances," he said.

"I want to offer my sympathy to the individual involved and to their family. My thoughts also are with the officers who were involved."