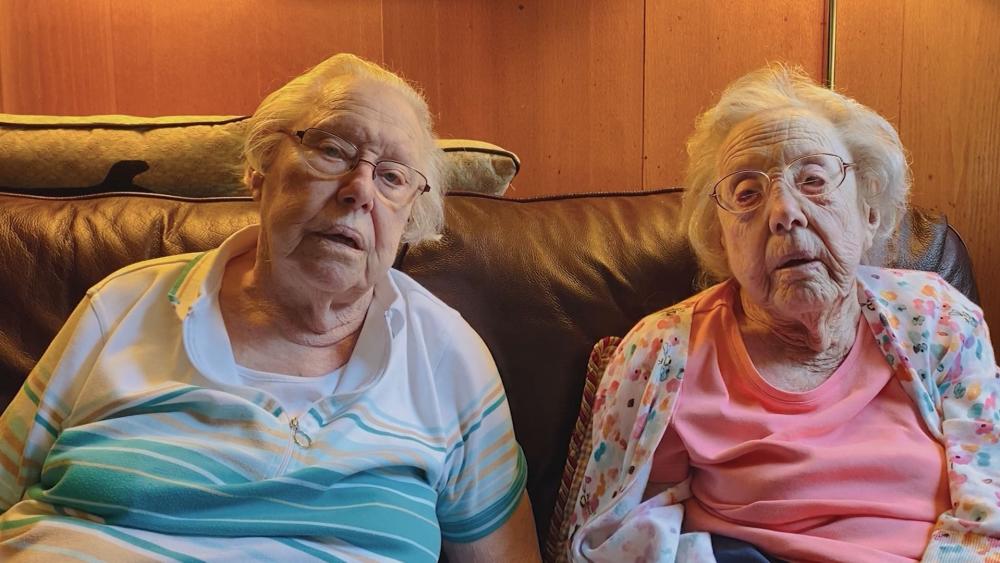 Thelma Susewind is 101 years old. Her sister Doris Rounds is 104, but that didn't stop them from getting together recently for a sisterly visit in Rhode Island.

Thelma, with the help of her son Bill, flew from Norfolk, Virginia to Providence, Rhode Island to visit her beloved older sister Doris, who she hadn't seen since October of 2018.  They thought that might be their last visit, but thankfully it was not.

Thelma, who served as a nurse in the China-Burma-India theater during WW2, was born on Flag Day, 1920.  Doris was born in 1917 on the fourth of July and worked in the travel industry. The two sisters both married and had children.

Doris had two children and Thelma had one and lived with her husband George until he passed away in January 2021. Doris's husband passed decades earlier but she never remarried.

Thelma and Doris, who had no other siblings, grew up on a farm in Seekonk, Massachusetts, and have always been close. They talk on the phone almost every day but love it when they can be together in person.

"It's wonderful to reminisce about all the old things, the parties we went to," Thelma said. "The trouble is she can't stop me from talking," Doris chimed in. "Her memory is fabulous! She remembers a lot more than I do," Thelma said.

So, what is the secret to these spry centenarian's longevity?

"Living on a farm, Doris said without hesitating, and "eating fresh vegetables," she added.  "And we had plenty of exercise because we had bicycles that we could ride all day long and not worry about cars because there were so few of them," Thelma recalled. "And don't smoke!" Thelma exclaimed.

And one of their favorite things to do when they get together other than talk is to eat lobster – a family tradition since childhood and a staple of the region they grew up in. Thelma Susewind is also CBN reporter Wendy Griffith's mother-in-law and she had the pleasure of being there to see the two sisters reunited.