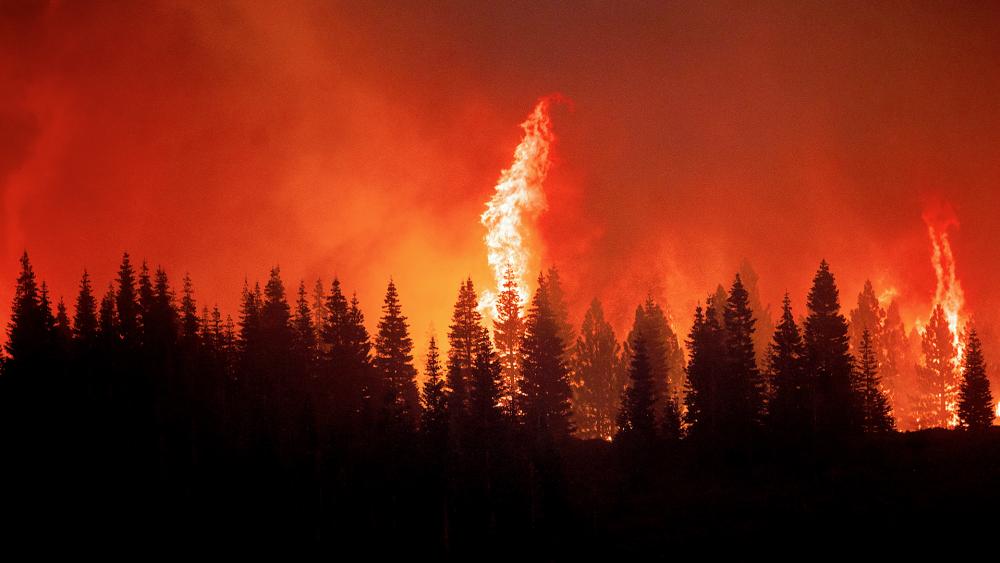 The extreme weather in the western U.S. continues to make headlines.

The National Interagency Fire Center reports at least 90 wildfires continue to burn out west and have scorched at least 1,818,438 acres in 12 states.

Over this past weekend alone, 35 new fires ignited in southern Oregon due to lightning strikes spawned by several severe thunderstorms.

Rogue River-Siskiyou National Forest officials said that there were about 700 cloud-to-ground lightning strikes throughout the region on Sunday, landing both within the federal forest and on the state, county, and private lands protected by the Oregon Department of Forestry, according to KDRV.

Meanwhile, firefighters in California are still working to fully contain the Gorman Fire which spread into the Los Angeles National Forest. Firefighters continue to try to get an upper hand on it from the ground and using water and chemical drops from the air. So far, it has burned 340 acres and is 55 percent contained, NBC 4 reported.

California's largest wildfire, the massive Dixie Fire continues to rage, covering close to 400 square miles and destroying 42 homes and buildings. It is only 35 percent contained.

The inferno's advance prompted the Plumas County Sheriff's Office to issue evacuation orders for some residents in the fire's potential path.

The Los Angeles Times has posted a map of current California wildfires and firefighters' progress in trying to contain them.

And then there's the flooding. Western monsoons are creating massive flooding from New Mexico all the way north to Montana.

The flood risk was elevated for many areas of the West where recent wildfires burned away vegetation and left hillsides more susceptible to erosion, the National Weather Service said.

The U.S. Drought Monitor reported last week that while a robust monsoon has delivered drought-easing rainfall to the Southwest, critically dry conditions persist across Northern California and the Northwest, where there has been an expansion of "exceptional drought," the worst category.

This week, President Joe Biden met with governors from seven western states, and sounded the alarm about the need for more resources, especially for the fires.

"We're in for a long fight yet this year, and the only way we're going to meet those challenges is by working together," Biden said. "Wildfires are a problem for all of us, and we have to stay closely coordinated."

In addition to the fires and floods, people out west are experiencing a dangerous heatwave.

In Washington state, they're seeing triple digits this week which has been made even worse by the smoke from all the fires.

The Predictive Services staff at the National Interagency Coordination Center released the National Significant Wildland Fire Potential Outlook for August through November. Above normal significant fire potential is forecast to continue through September for much of the Northwest, Northern Rockies, and northern portions of the Great Basin and Rocky Mountain Geographic Areas.