'Help Us Grow in Our Faith': Three of Kentucky's Clark Quadruplets to Attend Cedarville University This Fall 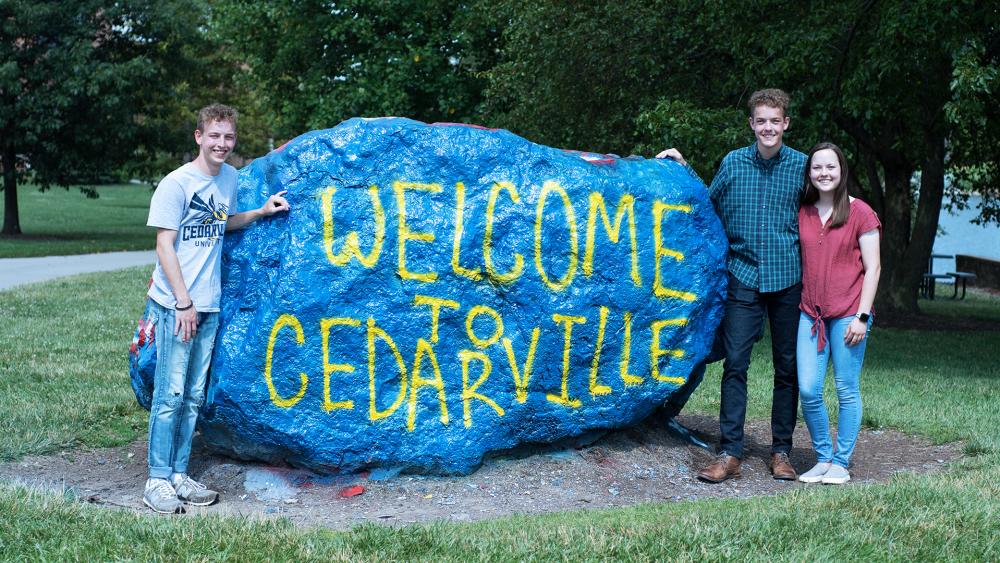 Three of the four Clark quadruplets will be attending Cedarville University located in southwestern Ohio this fall, the school announced on Wednesday.

Lucas, Landon, and Lauren Clark from Mount Washington, Kentucky, will be a part of the university's class of 2025. They will start their freshman year this fall and will move in August 13 during the school's Getting Started Weekend.

The remaining quad, Logan, is spreading his wings in a different way as he begins studies in aviation this fall at Eastern Kentucky University.

The Clark quads first became aware of Cedarville through their sister, Lindsey, who graduated this year with a bachelor's degree in allied health. Her career goal is to become a physician assistant, according to the school.

"Through Lindsey, we've been able to visit campus a lot," Lauren said when all four were at Cedarville this summer for a student life camp. "Cedarville has a spot in our hearts."

All four siblings were homeschooled. As they reached the end of their high school studies, they said Cedarville was on their minds.

When people would ask, 'Where are you going to school?' or 'What schools are you looking at?' all four replied that the Christian university was at the top of their lists.

"We've grown up in a Christian family," added Landon. "Our dad's a pastor. These are the most influential years of our lives, and we wanted to spend this time growing in Christ, and we know we can do that here at Cedarville."

Lucas echoed Landon's sentiments. "First and foremost, they speak on the word of God in the classroom and also preach it faithfully in chapel every day," he said. "We felt like Cedarville will challenge us in our faith and continue to help us grow in our faith."

Those are encouraging words for Jason and Tina Clark, the quads' parents.

"Cedarville was an easy decision for our family," noted Jason, senior pastor at First Baptist Church Mt. Washington, located about a half-hour south of Louisville. "Our daughter Lindsey graduated in May, and we couldn't be more pleased with the education and discipleship she received. We hope they will continue to grow in their faith and commitment to Christ, develop godly friendships and maybe even meet their future spouses at Cedarville."

"For so long our kids have filled our home with joy and activity," he continued. "It is going to be a big adjustment not having them around. At the same time, we celebrate the young men and women they have become and look forward with great anticipation how God is going to use them in his kingdom."

The Wall Street Journal/Time Higher Education poll ranked Cedarville second for student engagement among all U.S. colleges and universities. This commitment was evident to all three siblings.

"When we made our official visit, the professors were so interested in my life," Lauren said. "They prayed with us and were willing to eat lunch with us. I thought, 'If they're already taking that much time with me, they'll be here for me throughout my four years; they're going to be engaged.'"

Landon plans to study mechanical engineering, Lauren wants to focus on business management with a concentration in human resources, and Lucas will major in worship at Cedarville before pursuing a master's degree in a Bible-related discipline.

"I just felt that God had blessed me with a gift, and he could use me in ministry for his glory," Lucas said. "Over the past six months, he has continued to stir that desire within me."

Located in southwest Ohio, Cedarville University is an accredited, Christ-centered, Baptist institution with an enrollment of 4,550 undergraduate, graduate, and online students in more than 150 areas of study. Founded in 1887, Cedarville is one of the largest private universities in Ohio, recognized nationally for authentic Christian community, rigorous academic programs, strong graduation, and retention rates, as well as accredited professional and health science offerings.

For more information about the University, visit www.cedarville.edu.