'Pray for Our Teams': Samaritan's Purse, Other Ministries Responding to Haiti After Deadly Earthquake 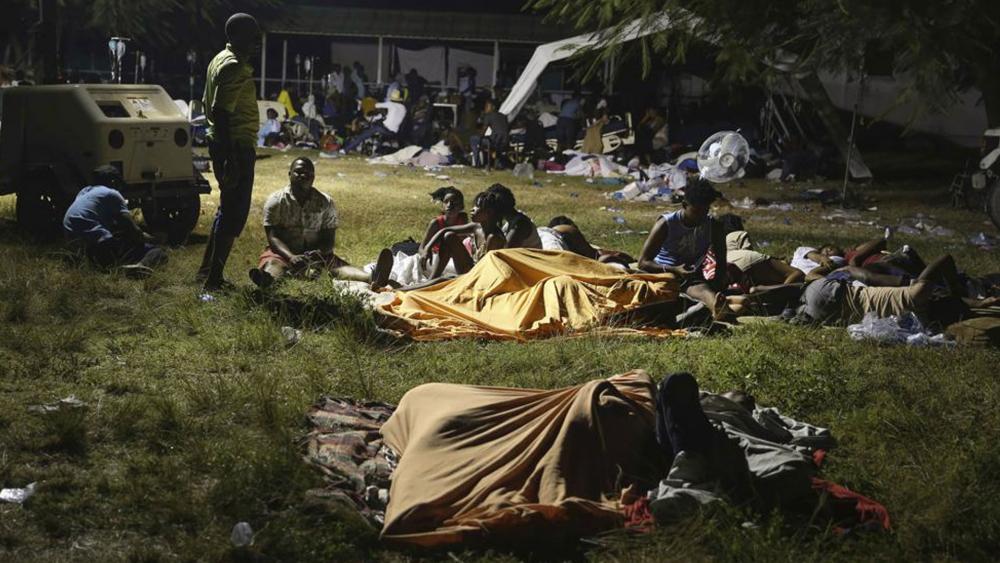 People displaced from their earthquake destroyed homes spend the night outdoors in a grassy area that is part of a hospital in Les Cayes, Haiti. (AP Photo/Joseph Odelyn)

The storm battered southwestern Haiti, which was hit hardest by the 7.2 magnitude quake, and officials warned some areas could get as much as 15 inches of rain.

Officials have now raised the death toll from the massive earthquake to 1,419 and the number of injured to 6,000. The search for survivors is growing more intense with hundreds of people still missing.

Thousands are now homeless and sleeping on the streets as homes and other buildings, including churches, have been destroyed.

Thirst and hunger among the survivors is also growing. Hospitals are overwhelmed as dozens desperately seek medical care.

Churches on the tiny island nation have often served as a support but are now unable to provide assistance for people who are left without shelter, food, and water.

Haitians were already struggling with the pandemic, severe poverty, and the July 7 assassination of President Jovenel Moise when the quake hit.

The Christian humanitarian group Samaritan's Purse, which is led by Franklin Graham, is airlifting disaster response teams and emergency relief supplies to the Caribbean nation. The supplies include shelter materials and water filtration units.

On Tuesday, Graham tweeted, "At the request of Haiti's Ministry of Health, we have deployed a Tier 1 surgical field hospital to treat earthquake victims. Our DC-8 departed NC at 6 AM today and has landed in Port-au-Prince with the 36-bed unit and staff. Pray for our teams as they respond."

At the request of Haiti’s Ministry of Health, we have deployed a Tier 1 surgical field hospital to treat earthquake victims. Our DC-8 departed NC at 6 AM today and has landed in Port-au-Prince with the 36-bed unit and staff. Pray for our teams as they respond. pic.twitter.com/RBA6v4EQTu

CBN's Operation Blessing is also helping to meet the Haitian people's desperate need.  According to its website, "Operation Blessing's International Disaster Relief team is mobilizing in response to the devastating 7.2 magnitude earthquake in Haiti. We will be providing food, hygiene supplies, water purification equipment, and medicine to those in need."

Heart to Heart International, a charitable nonprofit based in Lenexa, Kansas, is also responding to the disaster.

A post shared by Heart to Heart International (@heart.to.heart.international)

"There's going to be a lot of need over the months ahead," Heart to Heart International CEO Kim Carroll, told KMBC.

According to KMBC, the group will provide medical supplies and treat the injured as well as hand out personal hygiene items for the thousands left injured and displaced.

Carroll said the mission hits home for some of the group's members who been serving in Haiti since 2010, the last time an earthquake struck the country.

"Some of our staff in Haiti have family members in the affected areas that they've not been able to speak to, so it's heartbreaking," she said.

Meanwhile, the disaster has promoted the United Nations to allocate $8 million for recovery efforts.

If you would like to help the people of Haiti, visit OB.org.