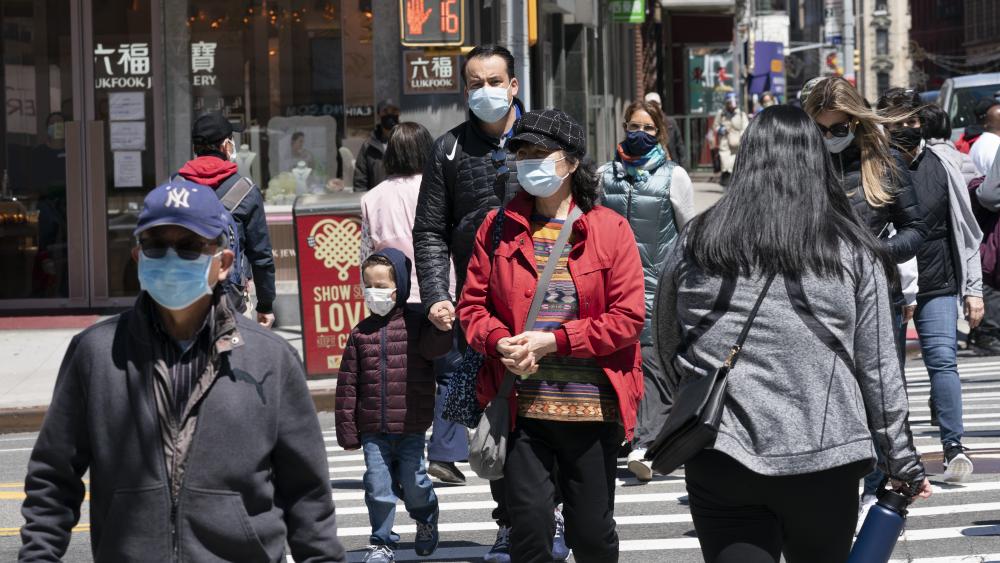 The U.S. has now reached 70 percent of American adults being at least partially vaccinated, but it comes as the Delta variant continues to spread.

Florida and Texas account for one-third of the country's infections right now. The virus is also fueling a surge of hospitalizations. Louisiana has the highest case rate in the country with the state's largest hospital running out of ICU beds.

At a recent news conference, Dr. Catherine O'Neal with Our Lady of the Lake Regional Medical Center in Baton Rouge warned that hospitals are overwhelmed.

"These are the darkest days of the pandemic," she said. "We are no longer giving adequate care to patients."

And some doctors say they are now seeing a spike with children.

"It is a much younger age group that is getting hospitalized," said Mary Mayhew, head of Florida's hospital association. "For the last year, so many heard repeatedly that COVID had the greatest risk for our elderly, for individuals with serious underlying conditions, but the Delta variant is clearly a significant risk for younger people."

Many businesses have started changing their policies to protect employees and customers as the Delta variant continues to surge.

The CDC recently updated its guidelines to encourage fully vaccinated Americans to wear a mask indoors in areas where transmission of the virus is high.

Meanwhile, there's been a rise in the number of Christians across a variety of groups who are becoming more willing to get vaccinated, according to a survey conducted in June by the Public Religion Research Institute (PRRI) and the Interfaith Youth Core (IFYC).

The study showed that 56 percent of Hispanic Protestants and white evangelical Protestants have both become more accepting of the vaccine. According to the study, that represents "double-digit increases in acceptance since March", up from 43 percent and 45 percent, respectively.

Meanwhile, nearly four out of ten Americans (38 percent) who attend religious services and are on the fence about getting vaccinated say their decision could be influenced by the faith community.

Nearly 55 percent of Hispanic Protestants who are vaccinated and attend church say the faith community has contributed to their choice.

And one-third of White evangelical Protestants (32 percent) who attend religious services and are hesitant say a faith-based approach about the vaccine could change their mind.

"Faith-based approaches have been and will continue to be effective in convincing Americans to receive a COVID-19 vaccine," IFYC founder and president Eboo Patel said in a news release. "By working together to encourage vaccination among hesitant populations, we are saving lives."