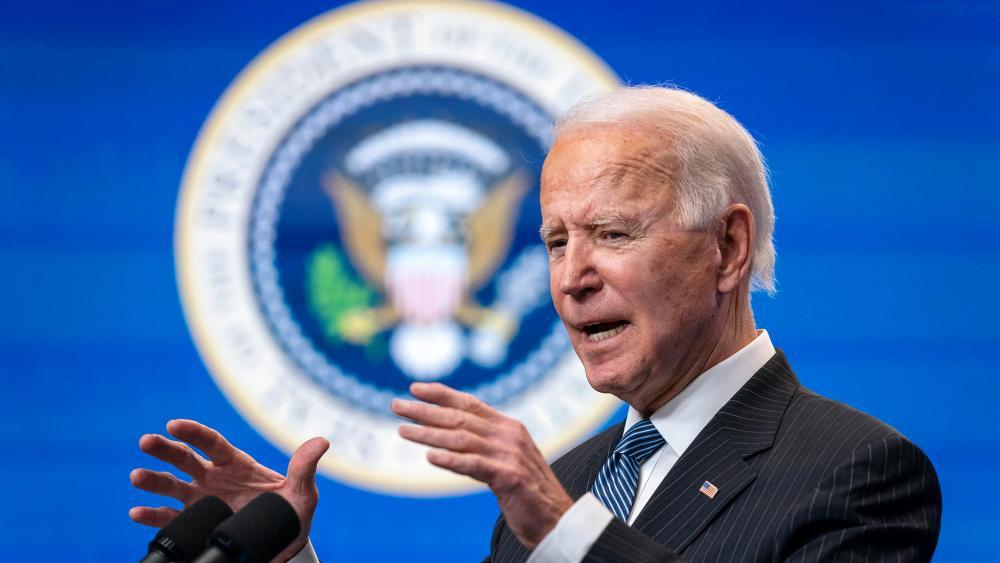 President Joe Biden is hitting new lows for his handling of crime, gun violence, and especially the economy, according to a new poll from ABC News and Ipsos released Sunday.

Inflation is the top concern for Americans, rising at close to seven percent and more for some key things like certain foods and gas. It's the highest inflation rate the U.S. has faced in nearly 40 years.

Sixty-nine percent disapprove of the way the president is handling it with only 28 percent approving.

The President is blaming supply chain issues but said the current inflation is only temporary.

Still, shortages are showing up in everything from food to new cars as people often rush to buy something before prices go up.

"It's a real bump in the road. It does affect families," Biden said. "It's not gone down quickly enough, but I think it will."

Jason Furman, a professor in the Department of Economics at Harvard University noted, "The price of almost everything is going up and is going up very quickly,"

The president's approval ratings are also being hurt by the nation's crime crisis with only about one in three approving of his handling of the rise in violence.

As CBN News reported late last month, "smash and grab" attacks have escalated at stores across the country.

In all of the incidents, authorities described "flash mobs" of thieves who rushed in, overwhelmed workers, looted stores, and made off with tens of thousands of dollars in goods.

The thefts are believed to be part of sophisticated criminal networks that recruit mainly young people to steal merchandise in stores throughout the country and then sell it in online marketplaces.