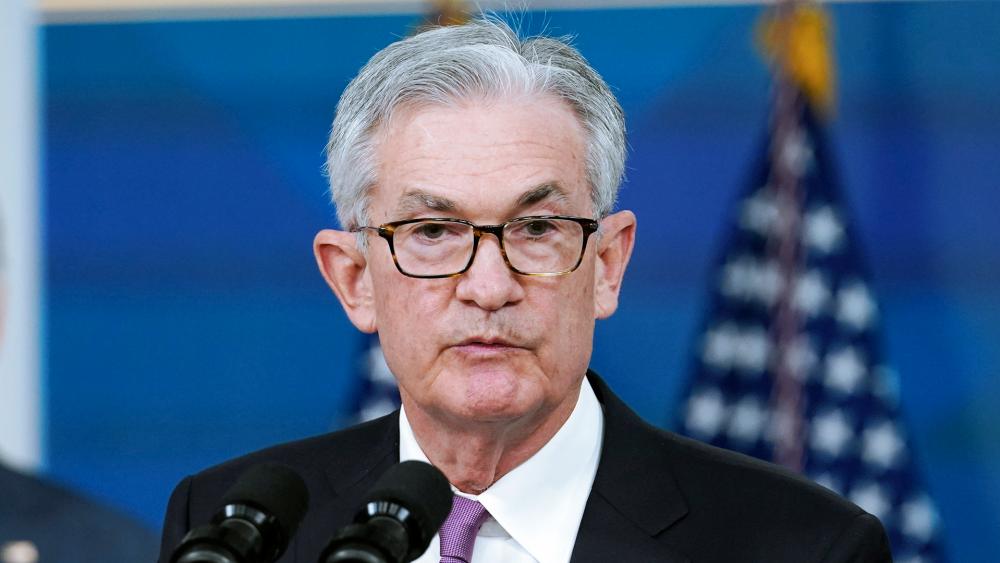 The COVID-19 pandemic has not only hit the American population hard, but it is also still hurting our economy as well.

On Tuesday, Jerome Powell, the newly re-nominated chairman of the Federal Reserve Board, told the Senate Committee on Banking, Housing and Urban Affairs the pandemic is a major cause behind inflation.  And he expects high prices to continue well into next year even as supply bottlenecks ease.

"Generally, the higher prices we're seeing are related to the supply and demand imbalances that can be traced directly back to the pandemic and the reopening of the economy," Powell said. "But it's also the case that price increases have spread much more broadly in the recent few months across the economy, and I think the risk of higher inflation has increased."

The Fed chairman appeared to make inflation-fighting a more urgent priority than job growth by noting that higher prices themselves threaten the economic recovery. And a long period of growth, he said, is needed to regain the "great labor market" that existed before the pandemic.

"We're going to need a long expansion," Powell said. "To get that, we're going to need price stability, and in a sense, the risk of persistent high inflation is also a major risk to getting back to such a labor market."

He warned the new COVID-19 Omicron variant could throw another wrench into the recovering economy.

"The recent rise in COVID-19 cases and the emergence of the Omicron variant pose downside risks to employment and economic activity and increased uncertainty for inflation. Greater concerns about the virus could reduce people's willingness to work in person, which would slow progress in the labor market and intensify supply-chain disruptions," Powell said.

The Fed chairman also announced the Fed may stop its bond-buying program sooner than expected, in hopes that ending the buyback of mortgage-backed securities and open market purchases will help bring down home prices, which are at a 30-year high.

"The economy is very strong, and inflationary pressures are high," Powell said. "It is therefore appropriate, in my view, to consider wrapping up the taper of our asset purchases... perhaps a few months sooner."

Doing so would put the Fed on a path to begin raising its key short-term interest rate as early as the first half of next year. That rate has been nearly zero since last March when the pandemic sent the economy into a deep recession. A higher Fed rate would, in turn, raise borrowing costs for mortgages, credit cards, and some business loans.

The news that the Fed is set to tighten the monetary spigot, coupled with new concerns about the Omicron variant sent markets reeling.

Stock prices tumbled after Powell's comments, and the Dow Jones Industrial Average lost more than 650 points, or nearly 2%, for the day. Very low-interest rates, nurtured by the Fed, have been a key factor in driving share prices to all-time highs since the pandemic struck.

Fed policymakers have come under pressure from a sharp jump in inflation, with consumer prices having soared 6.2% in October from a year earlier, the highest such inflation rate in 31 years. In response, some Fed officials in recent weeks had already started to push for a faster tapering of the central bank's bond purchases.

"The Fed cannot pump the brakes on our economic recovery too soon before workers get a chance to fully rebound," said Sen. Sherrod Brown (D-OH) who chairs the Senate Banking Committee. "And I mean all workers," he added, noting that the black unemployment rate remains twice that of white Americans.

In contrast, Sen. Pat Toomey from Pennsylvania, the senior Republican on the committee, suggested that the economy largely recovered roughly a year ago. As a result, emergency measures, such as the Fed's bond purchases, haven't been needed since then, he said.

As CBN News reported last month, Yellen has previously warned that without an increase in the debt ceiling, the government could default on its debt obligations for the first time soon after Dec. 15.

"I cannot overstate how critical it is that Congress address this issue," she said. "America must pay its bills on time and in full. If we do not, we will eviscerate our current recovery."

The Democrat-controlled Congress, which is expected to address the borrowing limit, also faces a Friday deadline to provide enough funding to keep the federal government open.

If the U.S. were to default, Moody's Analytics explains it would be very bad for the country. Every area of federal spending would be affected, including $20 billion in Social Security payments to seniors, paychecks to the military would stop along with payments to suppliers, and other government checks and spending would stop. Retirement funds would also take a hit.