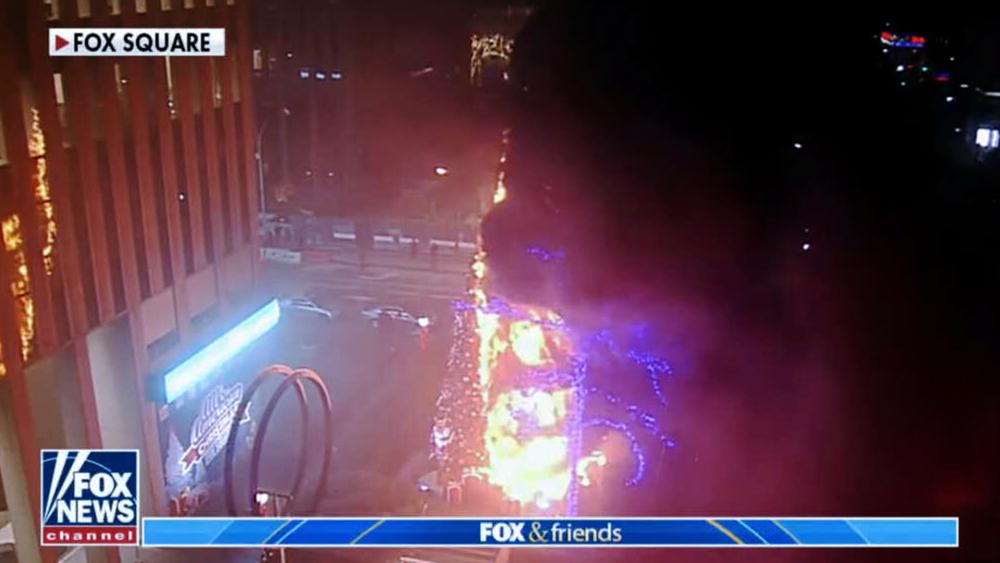 Police have arrested a man after he allegedly set fire to the Christmas tree outside the News Corporation building in New York City.

The red, white, and blue themed Christmas tree — standing 50 feet tall and topped with a red star — was set ablaze shortly after midnight Wednesday, when flames quickly spiraled upward, according to Fox News.

The Christmas tree outside of Fox News has caught on fire. pic.twitter.com/No7SVK0JeF

A spokesperson for the police department told WNBC-TV a 49-year-old man is in custody. Footage of the crime, originally circulated on the Citizen App, showed black smoke billowing from the Christmas tree after a man allegedly scaled the display and lit it on fire.

Before it was torched, the Christmas tree was decorated with 10,000 glass ornaments and 100,000 lights. The tree took workers 21 hours to assemble and decorate.

It’s not clear yet whether News Corp. plans to replace the destroyed Christmas tree.

Watch the Fox News report on the incident: