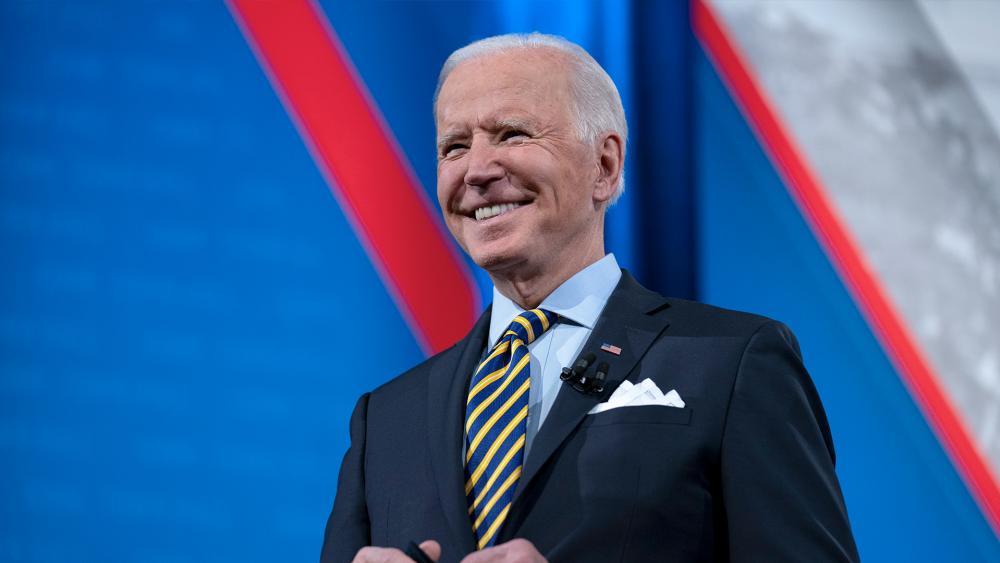 President Joe Biden addressed a range of topics on the pandemic during a CNN town hall Tuesday night in Milwaukee, including vaccination efforts, economic relief, and school re-openings.

He's pitching his $1.9 trillion relief package to the public, which is facing strong Republican opposition in Congress because it involves so much deficit spending. The U.S. national debt is already on the brink of $28 trillion.

President Biden also attempted to clarify his position on re-opening schools, saying that he believes a majority of elementary schools will be open five days a week by the end of his first 100 days in office.

Host Anderson Cooper pointed out the Biden administration had stated for schools to be "open" may mean returning only one day a week.

"That's what was reported, but that's not true. It was a mistake in the communication," Biden explained. "I said opening the majority of schools in K through 8th grade, because they're the easiest to open, the most needed to be open, in terms of the impact on children and families having to stay home."

He emphasized the importance of "making sure everybody is wearing protective gear. It's available to students as well as to teachers, the janitors, the people who work in the cafeteria, the bus drivers."

And the president said he expects many schools will push to stay open through summer and that teachers should be moved up on the list of those eligible for the vaccine.

Additionally, Biden expects that most Americans will get vaccinated by the end of July.

The president was also asked when Americans can expect their lives to return to normal.