Democrats Want Budget-Busting Relief but Economy Already Recovering: 'We Do Not Need to Bankrupt Our Country' 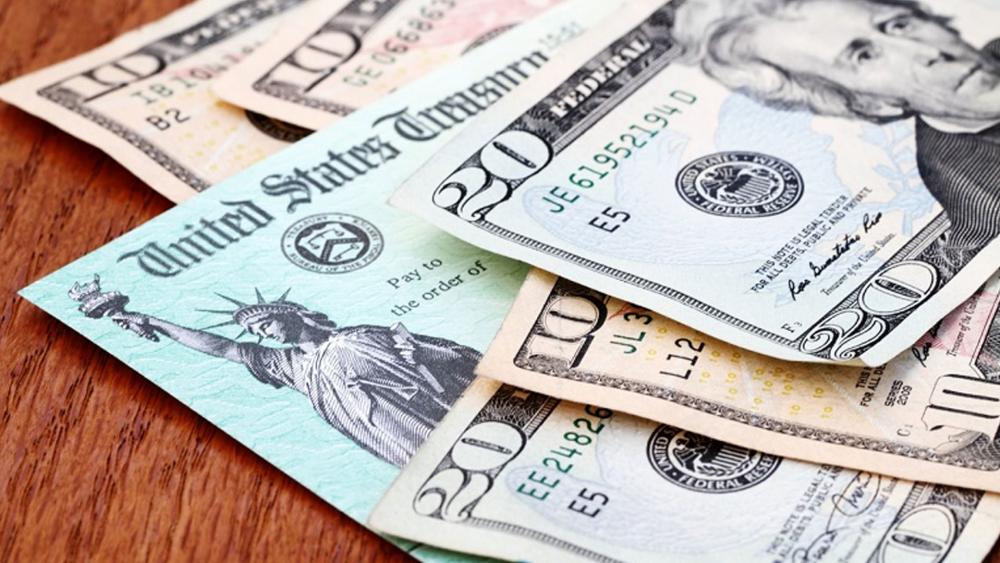 Counterfeit Money
6230139007001
Democrats Want Budget-Busting COVID Relief but Economy Already Recovering: 'We Do Not Need to Bankrupt Our Country'

Another COVID relief bill is making its way through the Democrat-controlled House, but some are questioning whether the $1.9 trillion in aid is still needed.

With COVID cases and deaths reported to be on the decline and the economy on the upswing, Democrats still want to pass the expensive relief bill even as the U.S. national debt careens closer to $28 trillion.

Democrats today plan to propose sending millions of American families up to $3,600 per year for every child under the age of six, with the payments going to individual parents under the income cap of $75,000 yearly or less, or couples earning $150,000 or less.

But this latest COVID relief plan would add dramatically to this year's federal budget, pumping it up to $6 trillion, $4 trillion of which would be debt.

Economist Stephen Moore said, "It took the country 200 years to rack up $4 trillion in deficits and we're going to do it in one year."

Moore said the stimulus is not needed.

"The unemployment rate fell again. We're starting to see the states open up. We're seeing the vaccine get out there. We do not need to bankrupt our country to get the economy moving again," Moore said.

Republican Sen. Pat Toomey says about $1 trillion of previous aid hasn't even been distributed yet. And with the strength of the U.S. economy,  he calls the relief package "inappropriate."

"It's not an economy in collapse like it was in March. It's not the right solution," Toomey told CNN.

Meanwhile, daily coronavirus cases, hospitalizations, and deaths are all trending down.

Vaccine distribution is slowly picking up. Almost 10 percent of Americans have now received at least the first dose. However, a new study suggests the cases of the highly-contagious UK variant are potentially doubling every 10 days.

Dr. Imran Ali, a physician Fellow at the University of Connecticut Center on Aging said, "It does show that we have likely more of the variants floating around in our population. That could explain why we may still see some more surges in the future."

And for kids suffering under school closures, the CDC is expected to release official guidance Wednesday on re-opening schools.