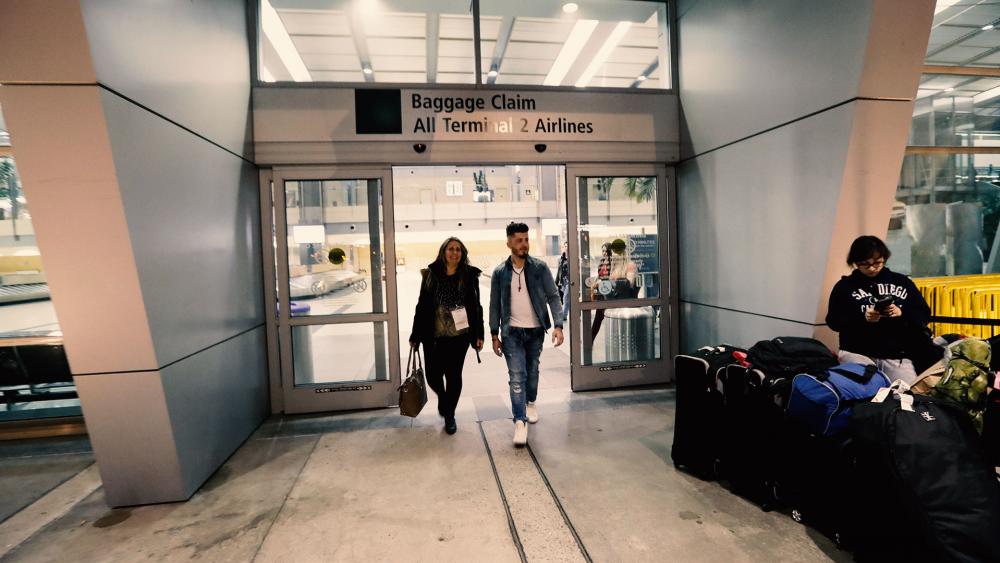 The Biden administration is reportedly considering domestic travel restrictions to stop the transmission of a new COVID-19 variant that is spreading throughout Florida.

"I think it's an absurd report that they would be doing that, it would be unwise and it would be unjust," DeSantis declaring during a news conference Thursday. "Any attempt to restrict or lockdown Florida by the federal government would be an attack on our state done purely for political purposes."

"If you think about it, restricting the right of Americans to travel freely throughout our country while allowing illegal aliens to pour across the southern border unmolested would be a ridiculous but very damaging farce," he added. "So we will oppose it 100 percent. It would not be based in science, it would purely be a political attack against the people of Florida."

The recent report that the Biden administration is considering restricting the travel of Floridians is completely absurd, especially when Biden allows illegal aliens to pour across our southern border. We won’t allow Floridians to be unfairly targeted for political purposes. pic.twitter.com/h47AVuof50

Sen. Rubio made clear that imposing travel restrictions doesn't sit well with him.

"The day after Donald Trump issued a travel ban on China, Joe Biden said this is no time for xenophobia and that sort of thing," Rubio said. "And then a month later, he actually tweeted out that banning travel from anywhere did not work."

"So now that they're considering actual restrictions on Americans inside the country, I think it is unconstitutional," Rubio added. "I think it's going to be challenged in court successfully."

And the White House has talked about mandating COVID-19 tests for domestic travel, which has the support of Transportation Secretary Pete Buttigieg.

"I would say that CDC is looking at all its options, but, you know, there has got to be common-sense medicine, science really driving this," he told CNN last week.

"And what we know is that it's the appropriate measure for international travel, people traveling into the US, given some of those considerations. You know, I'd say the domestic picture is very different, but the CDC is always evaluating what can best be done to do keep Americans safe," Buttigieg added.