'Here I am Lord, Send Somebody Else': N. Carolina Chief Justice Recalls Journey to the Top 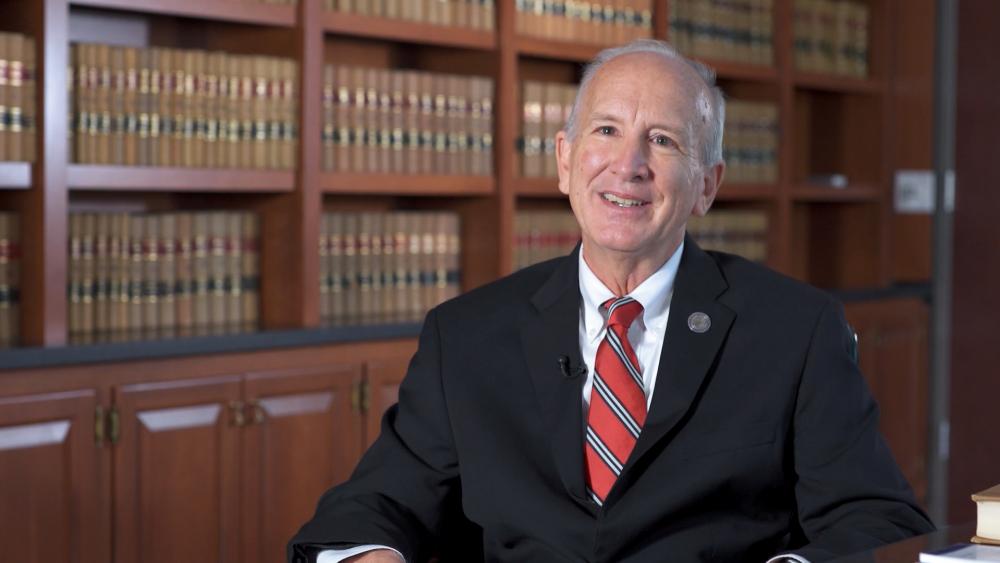 North Carolina Supreme Court Chief Justice Paul Newby is a man of faith and his journey to the top seat includes prayer and what he considers to be an election miracle.

Growing up in Jamestown, he says no one in his family ever practiced law but he caught the bug, attending Duke University and interning on the Supreme Court for Chief Justice Warren Burger during the summer of 1976.

As part of the celebration of the nation's bicentennial that year, Newby worked on speeches and articles focused on the nation's founding, developing a deep appreciation for the Bill of Rights and the practice of law.

"As lawyers, that's our high calling," he said in an interview with CBN News. "To be sure that people are able to exercise their fundamental God-given rights and the courts are there to protect 'we the people' from 'we the government.'"

Newby attended law school at the University of North Carolina at Chapel Hill and married classmate Macon Tucker Newby in 1983.

He then worked in private practice before being appointed as Assistant US Attorney for the Eastern District of North Carolina in 1985.

He held that post for 19 years during which time he found himself praying for those on the bench and growing increasingly concerned that various judges were not holding religious liberty in high regard.

"I'm crying out to God that we might have godly people in these roles and I get this sense, 'what about you? Are you willing to do it?'" he said. "And I'm like, 'Here I am Lord send somebody else. This is crazy. I'm a nobody. Yeah, Newby's have been in North Carolina since 1700 but we haven't done anything."

That prayer proved to be a turning point as Newby ran and was elected in 2004 to the state supreme court.

Another turning point came in 2019 when chief justice Mark Martin left to lead the law school at Regent University.

But Cooper appointed fellow Democrat justice Cheri Beasley and that set up a race between the two in 2020 for the chief justice post.

More than five million North Carolinians voted in the election and gave Newby the edge by just 406 votes. The close count began 40 days of prayer in the Newby home.

As permitted by state law, Beasley requested a machine recount.

Newby remembers spiritually wrestling with God and spending hours in prayer with his wife. "You got nothing, no tools left in your toolbox. You're done but just to say 'Lord if you don't deliver us, it's in your hands' and understand that God has the power to do whatever."

After the machine recount, with the margins still slim, Beasley requested a hand-to-eye recount.

Newby didn't fault her for requesting the legally-permissible recount but he was well aware that Beasley's party controlled all 100 county boards of election.

Newby asked God for a miracle.

The grueling recounts came amidst a national debate over the presidential election and growing political unrest.

Newby has some thoughts for those still struggling with the presidential election. "God is in control – that's my message," he said. "We should not become wearing in doing good that at the proper moment we'll reap a harvest – and my other message is – we need to be on our knees," he said.

Newby also points to the courts as a great example of the way to have a civil discussion about difficult matters.

And he's convinced that Americans aren't in disagreement about as much as they think they are, pointing to established legal concepts like presumed innocent until proven guilty and the right to confront those who witness against you.

For now, he's racing to attend to a tremendous backlog in the courts brought on by the pandemic. The North Carolina state constitution says the courts are to provide justice "without favor, denial, or delay" and Newby hopes to do just that.