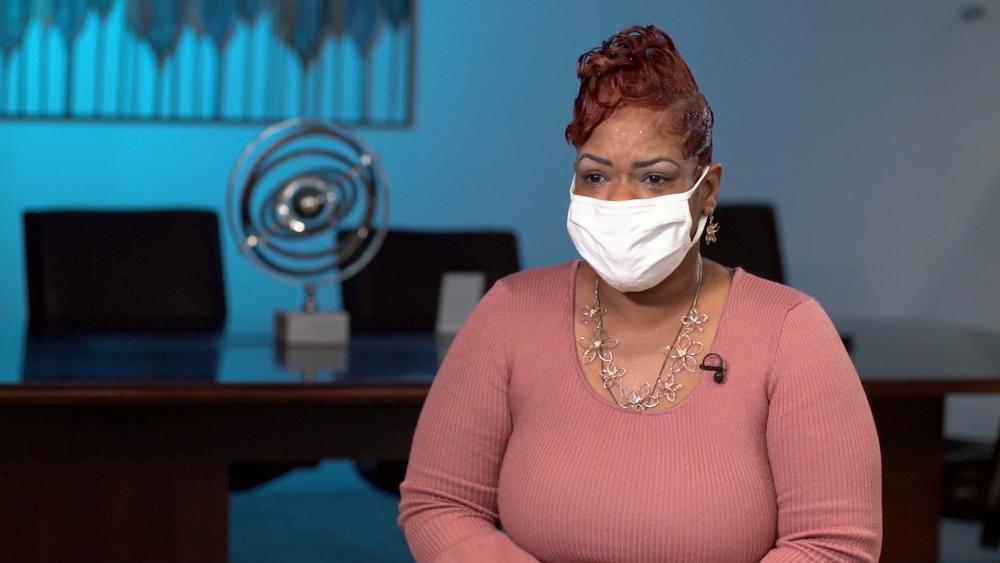 Police reform is one of many items on the Biden administration's agenda, especially following a number of high-profile police shootings in 2020. Tomika Miller is dealing with this on a very personal level following the death of her husband, 27-year-old Rayshard Brooks, in Atlanta.

"I never thought that I would be a widow this young," Miller said. "It's been really hard. Up and down, I feel like my life has been a roller coaster. But I keep the faith."

Miller says only faith has been able to sustain her these last several months.

Now there are just the reminders at the scene of what happened that continue to haunt Miller.

On June 12, 2020 police were called to a Wendy's restaurant in Southwest Atlanta because Brooks had fallen asleep in his car while in the drive-through line.

Video shows that after some calm conversation, officers gave brooks a Breathalyzer test, determined he was intoxicated, and tried to cuff him. That's when the situation spun out of control. During a scuffle with the officers, Brooks grabbed one of the officer's tasers. He ran and looked back, pointing the taser as if he was going to shoot it. That's when officer Garrett Rolfe fired three shots. Two of them struck Brooks, and he died at the hospital following surgery.

"When they knocked on my door they were telling me to identify my husband and that he had been murdered," Miller said.

When she learned the details, that her husband had grabbed an officer's taser, she was baffled.

"What was it that made him feel in danger to grab it," she questions.

"In order for him to go to that extent, he felt in danger," Miller said. "This is right after George Floyd, and we watched it together. This is right after Breonna Taylor. My husband and I watched those things and kept tabs on stuff like this."

Adding to the tragedy, it happened the same week as their 8-year-old daughter's birthday.

Officer Rolfe was fired from the Atlanta Police Department and charged with murder. The other officer, Devin Brosnan, was charged with aggravated assault.

Miller hasn't watched any of the body camera videos from that night yet. She says she's still building up the courage.

In the meantime, she doesn't want her husband's death to be in vain. It's why she took part in the March on Washington anniversary back in August with many others who've experienced similar pain.

"I want to see change," Miller said. "Change in policing, change in our black men being scared of officers when they see them. Because most of them are scared. You hear sirens, you see them run. And they don't know why they're running they're just scared," she sobbed.

"And a lot of times the eruption of violence comes because people feel they are not heard."

Atlanta area pastor Jamal Bryant was at the August march, too.

"The frustration of this generation is that we've not seen justice," Bryant said. "The killer of Trayvon Martin is free, Freddy Gray, Sandra Bland, all the way down nobody has gone to jail. We're not delaying war on the police, we want the police to be accountable. We want someone to be held responsible."

Miller says God is using her tragic circumstance for good.

"He's using me as a testimony to help someone else to let them know if I got through it, you can do the same," she said. "So, I want people to remember to keep having faith in God and stay focused. Don't let people change you and make you bitter because of a tragedy. Don't become cold because of the hate that's going on right now."

The Wendy's location where her husband was shot has been torn down after someone torched it. Miller says she hopes the space will now be used in some way that will benefit the community. Either way, she plans to follow God's leading and use her newfound voice for good.