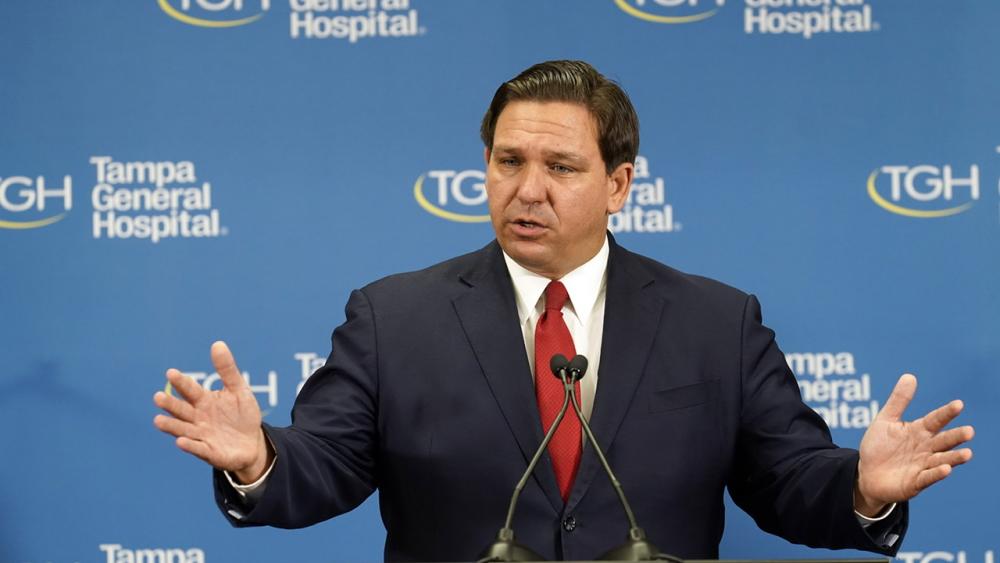 Florida Gov. Ron DeSantis, a Republican, garnered praise from senior citizens Wednesday when he told a reporter elderly Americans — not politicians like himself — should be prioritized for COVID-19 vaccinations.

While the governor said he is “willing to take” a COVID-19 vaccine, currently available to frontline health care providers, “essential workers,” and some senior citizens, he doesn’t believe he should be at the top of the list.

“When it’s my turn,” he explained, “I will take it. But this is who I want vaccinated: I want my parents, our grandparents, to be able to get it.”

“Granted,” DeSantis continued, “I’m an elected official, but whoop-de-doo. At the end of the day, let’s focus where the risk is.”

For a press that repeatedly says “follow the science”, why is it so hard for them to comprehend that seniors and at-risk populations should get the vaccine before healthy, younger people?

Gov. Ron DeSantis gets it.

The 42-year-old politician received immediate applause from those gathered at Kings Point in Delray Beach, where three seniors received the first dose of the Moderna vaccine, WPTV-TV reported.

“Supply is limited,” DeSantis explained during his remarks. “We don’t have enough vaccines for all four million-plus senior citizens in Florida.”

He also took a shot at the guidances released by the Centers for Disease Control and Prevention, whose officials have repeatedly advised placing “essential workers” ahead of elderly Americans, who are most susceptible to deadly outcomes should they contract COVID-19.

Florida has bucked CDC guidance, instead implementing a first-come, first-serve vaccination plan for elderly citizens, according to WPLG-TV.

That plan, as of Tuesday, has caused major lines in counties across the Sunshine State, where there are not nearly enough vaccine doses to go around. One recipient, Bruce Scott, told CNN he arrived at a Ft. Myers vaccination site at 1:30 a.m. and remained in line for around nine hours.

Others, though, have praised the way Florida is handling the vaccination process for its senior citizens.

Jim Seltzer, who received the first dose of a COVID-19 vaccine Wednesday, described Orange County’s process as “very well organized,” adding, “I thought they did an excellent job. I mean, it was a long wait, but, you know, I expected that.”

Fran and Andy Lundell — a couple in their 70s — said they were among the first in their county to successfully register to receive the inoculation.

“We think we’re lucky,” Fran Lundell said. “We thought maybe March or April we might get it, but this is fantastic to get it [sooner], certainly.”