'I Had God's Hand on My Shoulder': Hank Aaron, MLB Star Who Broke Babe Ruth’s Home-Run Record, Has Died 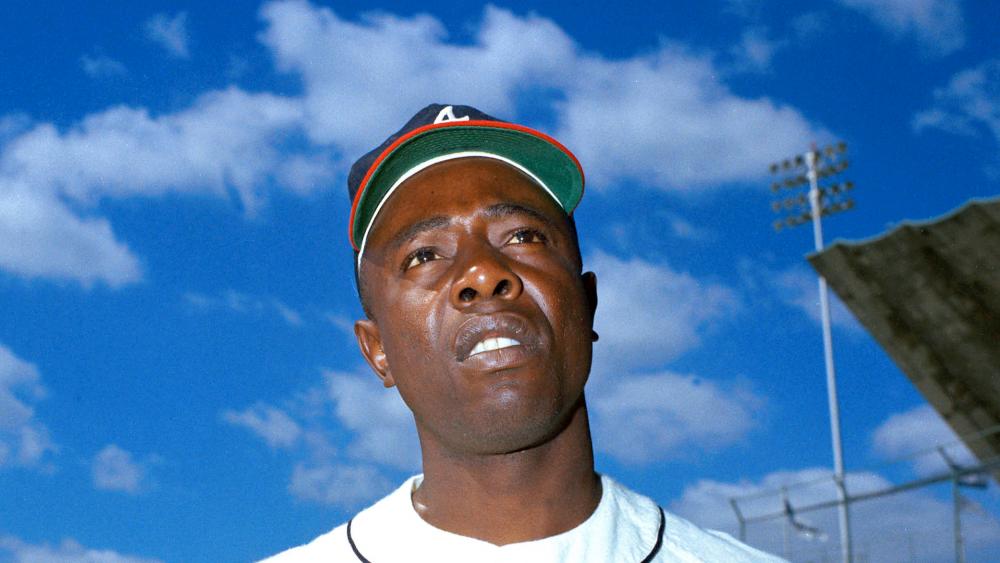 Hank Aaron — one of Major League Baseball’s greatest home-run hitters — passed away Friday at the age of 86.

Atlanta Braves chairman Terry McGuirk said in a statement Friday morning the team is “absolutely devastated” to learn of Aaron’s death, describing the athlete as “a beacon for our organization first as a player, then with player development, and always with our community efforts.”

“His incredible talent and resolve helped him achieve the highest accomplishments, yet he never lost his humble nature,” continued McGuirk. “Henry Louis Aaron wasn’t just our icon, but one across Major League Baseball and around the world. His success on the diamond was matched only by his business accomplishments off the field and capped by his extraordinary philanthropic efforts.”

As a black man playing from 1954 to 1976, Aaron faced danger, discrimination, and those who sought his defeat simply for the color of his skin.

But the 25-time All-Star and MVP didn’t let the hurdles ahead of him keep him from pressing forward. His resolve, he said, came from his Christian faith.

When Aaron was playing — first with the Milwaukee and Atlanta Braves and then with the Milwaukee Brewers — he was protected by the FBI. Extra security measures were always taken when he was on the field over concerns for his physical safety. In fact, Aaron often slept in the ballpark on the evening before his games.

At the end of his 1973 season, Aaron hit 713 home runs — one home run shy of beating Ruth’s iconic record. At the start of the next season, on his very first time at bat, Aaron matched Ruth’s record. That night, according to ESPN, Aaron called his mother to tell her: “I’m going to save the next one for you, mom.”

Four days later, on April 8, 1974, surrounded by the largest crowd the Atlanta-Fulton County Stadium had ever hosted, Aaron kept his word to his mother: He broke Babe Ruth’s record.

Aaron recalled his iconic career years later, reflecting on how his faith carried him through the valleys and mountaintops of such a tumultuous time in American history.

“I need to depend on Someone who is bigger, stronger, and wiser than I am,” he said. “I don’t do it on my own. God is my strength. He gave me a good bound and some talent and the freedom to develop it. He helps me when things go wrong. He forgives me when I fall on my face. He lights the way.”

And when one reporter asked Aaron how he was able to remain so calm despite all the was going on around him — including in the stadium — the famed MLB star said: “When I was in the ballpark, I felt there was nothing that could bother me. I felt safe. I felt like I was surrounded by angels and I had God’s hand on my shoulder. I didn’t feel like anything could bother me.”

Aaron was also deeply patriotic and steadfastly optimistic about America.

“I’m very proud to be an American,” he once said. “This country has so much potential. I’d just like to see things better. … And I think it will be.”

He also said at the time: “There’s only one way to break the color line. Be good. I mean, play good. Play so good that they can’t remember what color you were before the season started.”