'It's the District of Afghanistan:' DC Security Reaches Unprecedented Heights Ahead of Biden Inauguration 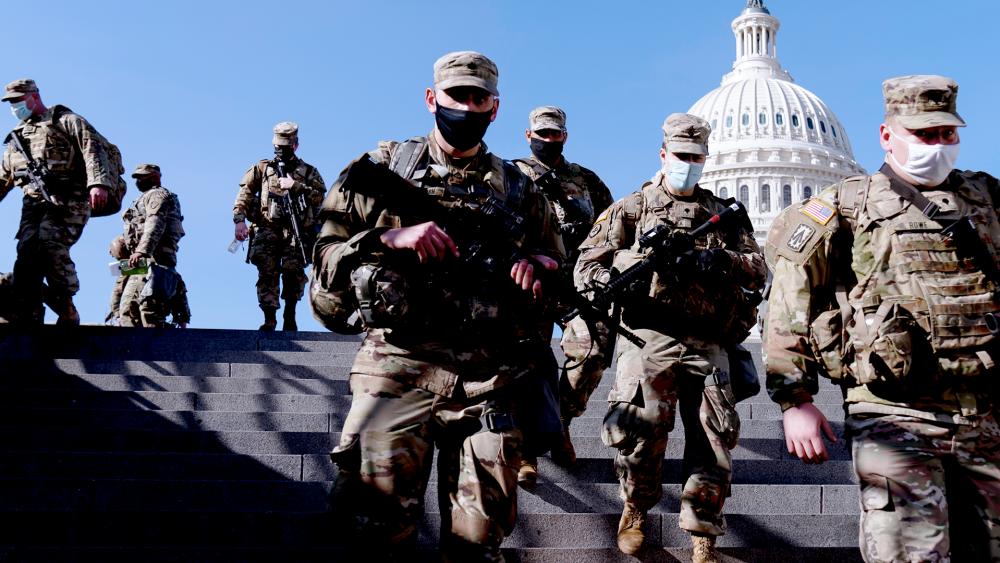 Members of the National Guard walk past the Dome of the Capitol Building on Capitol Hill in Washington, Jan. 14, 2021. (AP Photo/Andrew Harnik)
6224106855001
'It's the District of Afghanistan:' DC Security Reaches Unprecedented Proportions Ahead of Biden Inauguration

As the nation prepares for President-elect Joe Biden's inauguration, security is unprecedented in Washington, DC with a US military force five times larger than what remains in Iraq and Afghanistan.

Roughly 25,000 National Guard troops, armed forces on the ground, blockades, razor-wire fencing, and miles of security checkpoints are in place ahead of Wednesday's event.

The US military is also working to make sure there are no security risks within the ranks as troops stream into America's capital.

"Guardsman from all 50 states, all territories, are here supporting the District of Columbia National Guard," said Maj. Gen. William Walker, the commanding general of the DC National Guard. 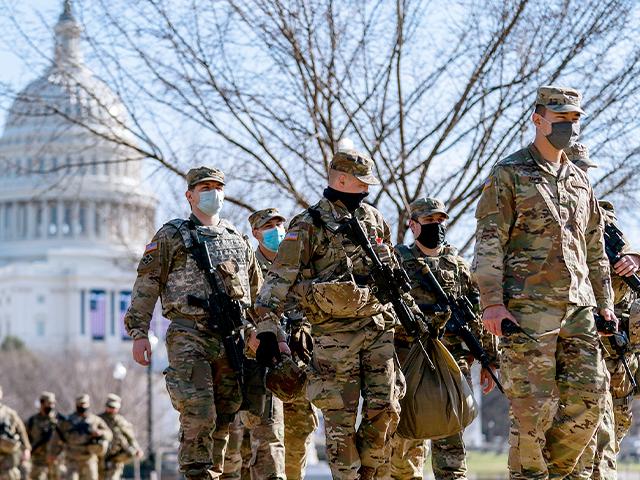 Members of the National Guard patrol outside the Capitol Building on Capitol Hill in Washington, Jan. 14, 2021. (AP Photo/Andrew Harnik)

Commanders are going over every aspect of the security lockdown, vetting thousands of troops in the capital amid concerns of a possible insider attack.

"It's just another layer and then a layer on top of that, just to be absolutely certain," Walker explained. "But everyone joining the military is screened for an event like this, you're screened out."

Monday, authorities arrested a US Army reservist from New Jersey in connection with the riot at the US Capitol. Timothy Hale-Cusanelli reportedly admitted to entering the Capitol as part of the mob.

Other concerns – armed attacks, as well as homemade bombs.

"We're part of the layered defense to ensure that the bubble, the bubble that will be around the VP-Elect and the President-Elect, so that we can have a peaceful transfer of power," said Walker.

With nerves already on edge, a security alert Monday morning sent people running through the halls of Congress.

As it turns out it was a small fire at a homeless camp about a mile from the US Capitol. But it was another sign of the tension inside the nation's capital after the deadly insurrection on January 6.

All of this is playing out as state capitals are also on alert for potential Inauguration Day violence.

READ A Show of Force Across U.S. as State Capitals Boarded Up for Inauguration Day: 'All We Can Do Is Pray to God' 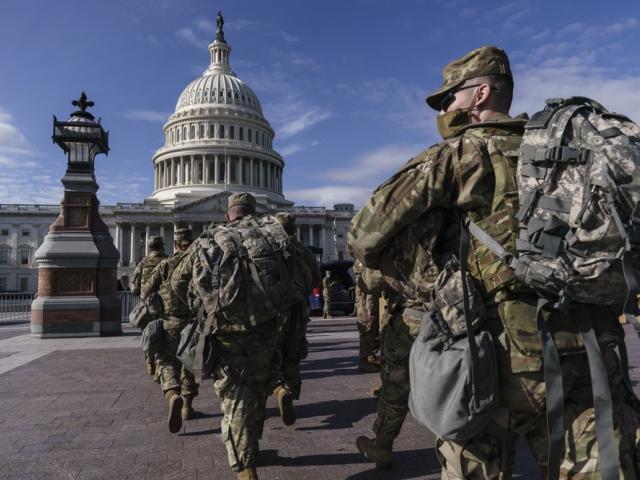