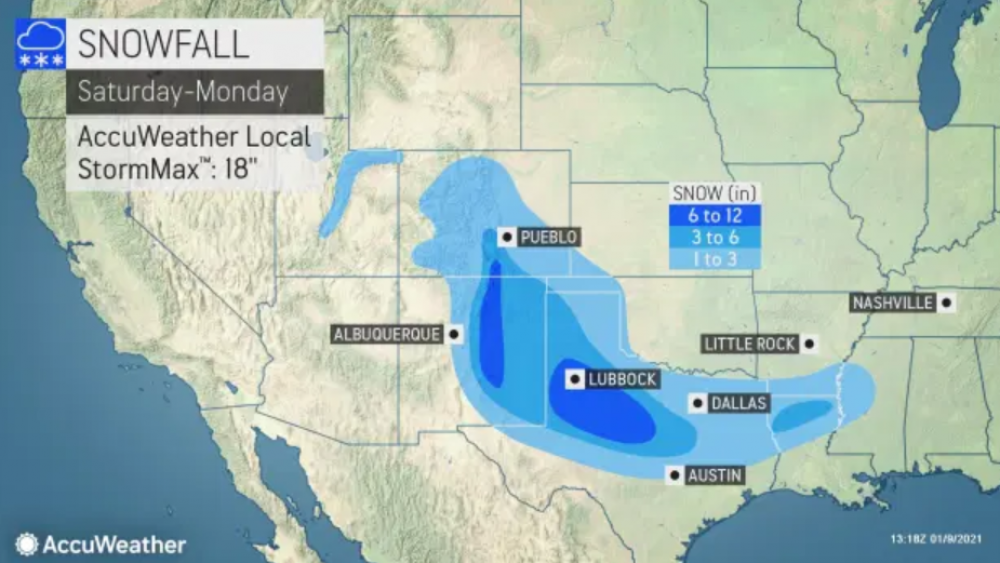 Old Man Winter must be getting set to retire, because he'll be packing his bags and traveling south this weekend, paying a visit to portions of New Mexico, Texas, Oklahoma and the lower Mississippi River Valley.

The wintry weather will be delivered by a storm that will quickly slide out into the southern Plains and strengthen.

It has been an impressive winter season thus far across portions of the Lone Star State, with multiple episodes of wintry conditions already being observed in places like Midland, Odessa, Lubbock, Abilene and others across western and central Texas. Cities farther east across the state are likely to be added to the list of places that have picked up accumulating snowfall this winter season once this next storm rolls through. 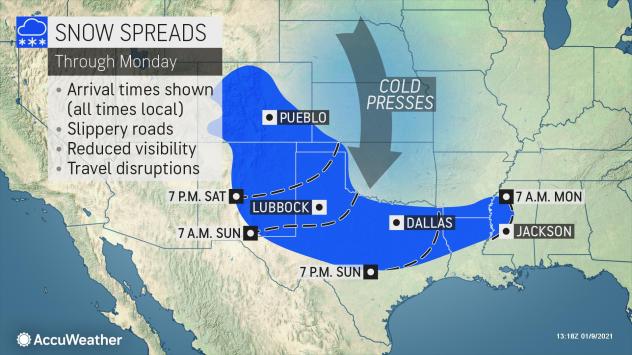 The storm will continue to progress eastward Saturday night, with snowy conditions set to expand into the Texas and Oklahoma panhandles. Travel conditions will likely deteriorate rapidly along portions of interstates 27 and 40 in West Texas overnight, as a swath of accumulating snow passes through the area.

As a result of the impending snowfall, winter storm watches and warnings, as well as winter weather advisories have been put into effect. 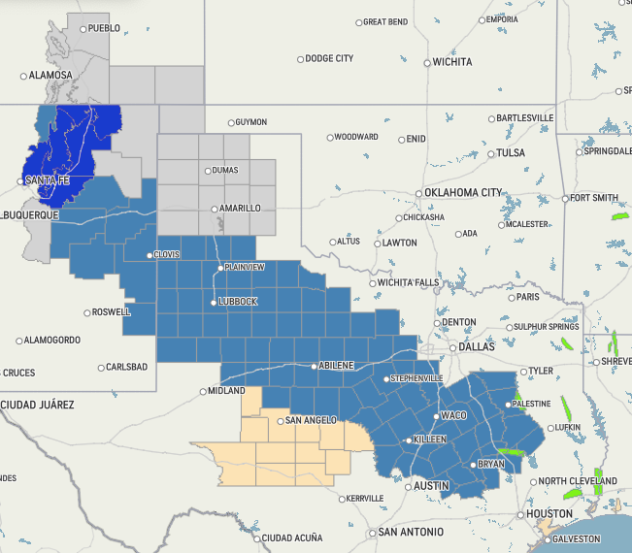 Snowy conditions will continue to spread eastward through Texas during the day on Sunday, spreading into places like Abilene, Waco, and even into the Dallas-Fort Worth Metroplex. Travel conditions along interstates 20 and 35 may become tricky as the snow could come down heavy enough to reduce visibility and cause slick spots on roadways. 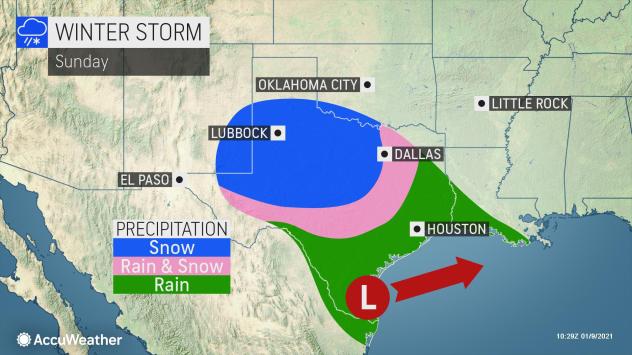 Interstate 35 is already well known for traffic delays with the expansion projects ongoing, so adding in accumulating snowfall will undoubtedly lead to additional travel problems. Luckily, the snow will be falling during the day on Sunday, which is typically the least busy travel day of the week.

Along with the threat for accumulating snowfall on Sunday, heavy rain could also drench southeastern Texas where temperatures will be slightly higher. Areas from Corpus Christi to Houston may be in line for 1-3 inches of rainfall, which could lead to ponding on roadways and minor flooding in typical flood-prone areas.

The storm system will be a quick hitter for most locales in its path, with the general window for rain and snow lasting no more than 12 hours in most locations. By Sunday night, precipitation will taper off across western and most of central Texas. 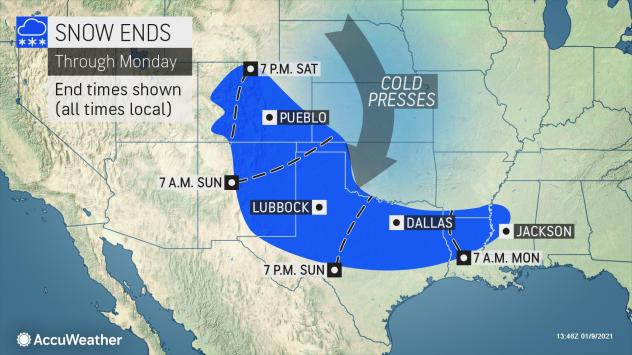 At the same time, snow will begin to pick up in eastern Texas, northern Louisiana, southern Arkansas, as well as central and northern Mississippi. As temperatures fall Sunday night, it is possible the storm system could produce one last burst of heavier snowfall across northern Louisiana. 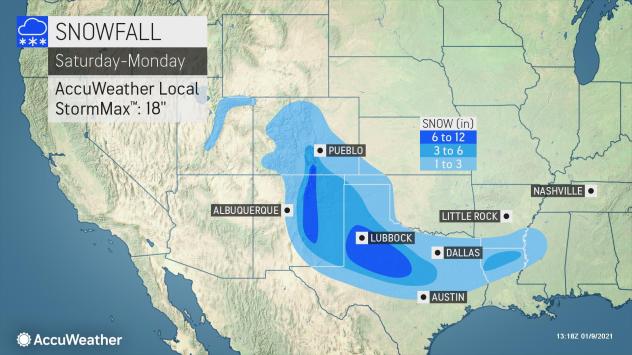 With very limited means to remove the snow in these areas, travel issues will be possible Monday morning. Travel along Interstate 20 between Shreveport and Monroe, Louisiana may become problematic late Sunday night and during the Monday morning commute. Secondary roads in the area may fair even worse as snow plows may not even pass through some areas.

The best chance for snow accumulation will be in the mountains of northeastern Georgia, eastern Tennessee and western North Carolina. Even in this area, temperatures may be too warm for more than a dusting of snow.

The storm will continue to track eastward though Monday night, bringing some light rain to parts of the Carolinas and the Southeast before sliding off the Atlantic coast, bringing an end to the impactful weather.