Is it Time to Tamp Down the President's War Powers? 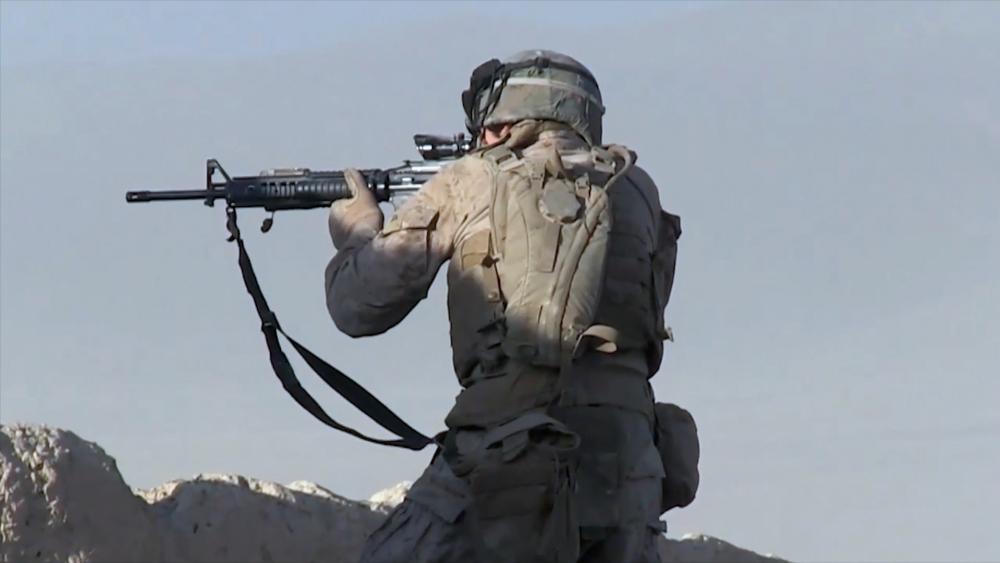 The Senate is considering a bill that would limit the President's ability to use military force at his discretion. It comes after years of controversy over presidents taking military action without any prior approval from Congress. But, in fact, it was Congress's own doing that allowed it.

The Constitution is clear that it's the job of Congress to declare war. But that hasn't happened since the 1940s. Instead, Congress has tended to approve requests for use of military force from the executive branch. these authorizations, however, have been given with no expiration date. Now many lawmakers feel it's time to reel in some of the powers of the presidency.

Just a few weeks ago, President Biden ordered airstrikes against Iranian-backed militia groups in Syria and Iraq. The White House insisted they were necessary and in response to previous attacks on American assets.

"We have been very clear, the president has been very clear throughout, that we will act to protect US personnel," said US Secretary of State Antony Blinken.

"It was necessary, appropriate, and deliberate action [as] these strikes [are] designed to limit the risk of escalation," said White House Press Secretary Jen Psaki.

It was the second airstrike ordered unilaterally by President Biden with the White House defending both actions as lawful.

"Article 2, the self-defense, the defense of the United States and our interests, is our domestic justification for these strikes," Psaki said.

The orders came as lawmakers had already begun working to repeal the two-decade-old authorizations for the use of military force in Iraq. They also allowed the president latitude to order strikes like these recent ones.

These authorizations tend to be broad and have in effect shifted some war powers to the presidency.

"They're often phrased not as the United States is at war with country X, but 'here's a threat that the US is facing and the president is authorized to use all necessary and appropriate force' or some such language in order to eradicate that threat," said Columbia Law School Professor Matthew Waxman.

Some in Biden's own party are sounding the alarm about possible abuses of the authorizations, which presidents from both parties have used to legally justify various military operations while also circumventing congress.

The House has already passed a measure to curtail this executive power. Biden appears supportive of one passing the Senate as well.

"The president has talked about his desire to work with Senator Kaine and others to update authorization parameters and legislation," Psaki said.

'Where you stand depends on where you sit," adds Michael O'Hanlon, a Senior Fellow with the Brookings Institution.

"My view on Biden's senate record is that he generally wanted congress to be more involved. But my view of his eight years as vice president is that the Obama administration didn't do that much to get Congress more involved even though he and Barack Obama had both been senators."

That's why O'Hanlon is not convinced that, as president, Biden's push to alter war powers will be wholehearted or sustained.

"Once you're in that White House you tend to like your own flexibility and you tend to prefer the fewest restrictions possible," O'Hanlon said.

O'Hanlon adds revising these war powers could prove to be more complicated than expected.

That's because after 9/11 Congress authorized the pursuit of Al Qaeda and anyone associated with the attack. It also allowed President Bush to use US might to make sure Saddam Hussein did not have nuclear weapons. Plus, there's the War Powers Act of the 1970s which requires the President to obtain the approval of Congress within 60 days of initiating a military operation.

"You put all this together and you've got a bit of a mess," O'Hanlon said.

"Joe Biden is going to have to ask himself is he content to try to filibuster the Senate and the House on this issue and stick with the powers he has now which from the president's perspective aren't half bad because they give him a lot of leeway. Or does he agree that in a world where Donald Trump may be president again, or someone like Donald Trump may be president again, it's better to make sure there is strict oversight, checks and balances, and a return to what the founding fathers arguably wanted."

O'Hanlon adds any revision or limits would have to be done carefully because of the world in which we live.

"If you limit the geographic scope of your authorization of military force then you give a future terrorist group or someone else sort of carte blanc to do bad things outside of that zone," O'Hanlon said.

Some lawmakers argue that change is needed because the ongoing involvement of American troops in the middle east over the last 20 years looks more like a low-scale war that was never directly approved by Congress.