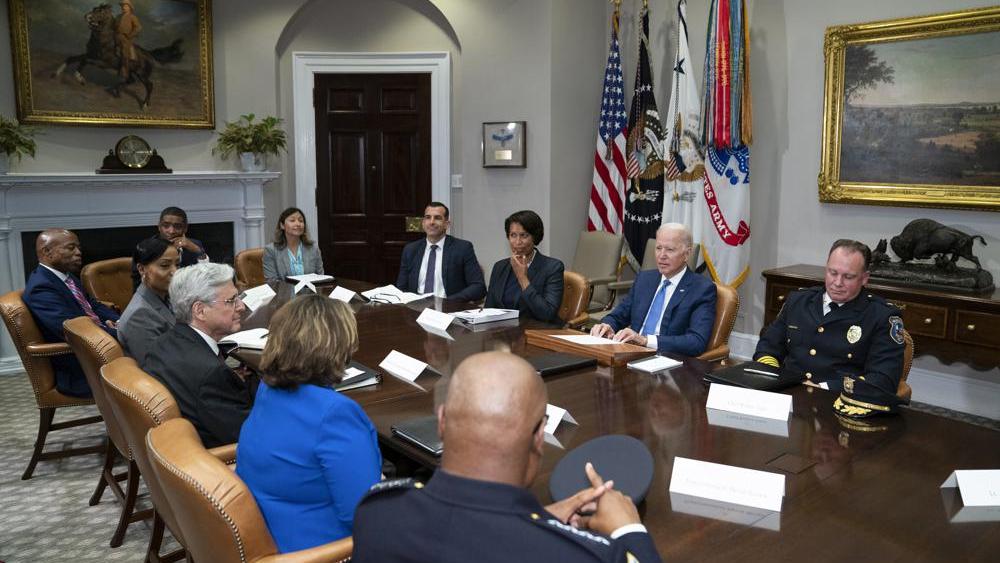 So far this year nearly 23,000 American lives have been lost to gun violence.

Over the past weekend alone, gun violence surged in cities like Chicago where 40 people were shot, 11 of them died.

On Monday, President Biden held a roundtable to discuss what to do about it with police chiefs, mayors, and other stockholders. The meeting came after an ABC/Washington Post poll released earlier this month indicated just 38 percent of adults overall approve of how Biden is handling crime in this country.

Bullets have been flying with people dying at an increasing rate across the country, starting in April last year to this very moment.

And it has ranged in scope. Sadly, just last month, 16-year-old stand-out high school student Kassius-Kohn Glay was shot to death in Northwest D.C. Two months prior, multiple people were killed when a gunman opened fire at a supermarket in Boulder, Colorado. The list goes on, but the president says his strategy has multiple prongs.

"Our strategy provides including providing funding for law enforcement through the American Rescue Plan for states, cities and to be able to hire police and pay them overtime in order to advance community policing," Biden said Monday.

Mike Jones is a retired police chief and public safety expert who's been in policing for 45 years. He says the uptick in violent crime is not surprising.

"So what you're seeing is an overall rough time for human beings in this world and rough times have a tendency to express themselves in theft and substance abuse of all kinds and crime," Jones said. "We've just got people who are taking advantage of lax enforcement, fewer police officers, and people who are more afraid to report."

Jones says with the pandemic leaving some 20 million people out of work and businesses closed, the tension of society's problems is escalating. Plus, there is a problem within police ranks.

The president says more, not less police are needed and he hopes to address that along with partners. Another key factor Biden focused on was gun control.

Among those taking part in the White House crime meeting was Eric Adams who just won the Democratic primary to be New York City's next mayor. He is against defunding the police, and his electoral win may serve as a clear signal that the defund the police mantra is a loser at the polls.