They Never Thought They'd Do It: Wheelchair-Bound Hikers Hit the Trail 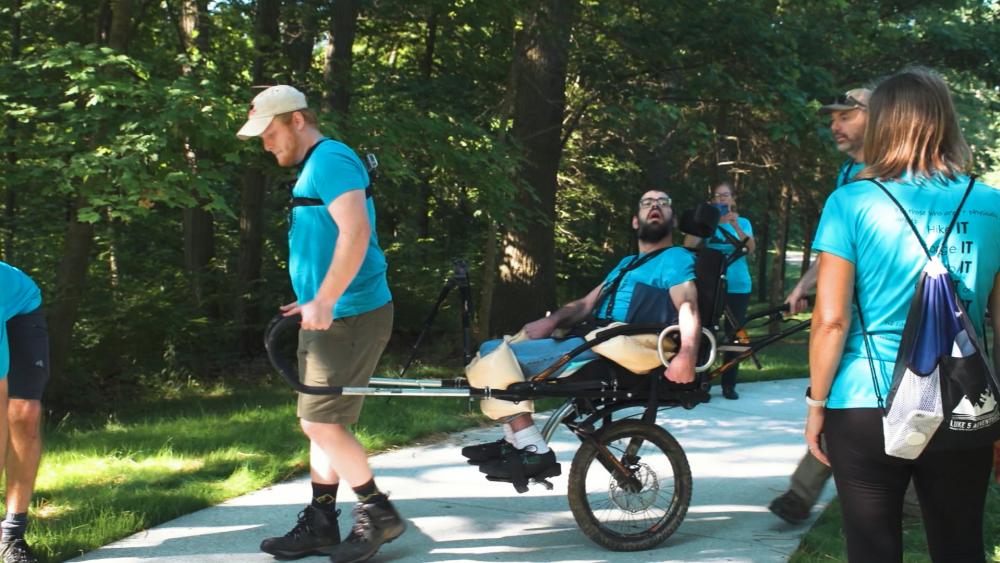 Deep in the woods of Mt. Airy Forest Park in Cincinnati, a group of hikers whose lives are normally heavily restricted find themselves enjoying the abundant foliage and accompanying sights and sounds of this remote terrain.

Even the buzz of the cicadas is a welcome change from their daily lives that offer little to no outdoor activity.

These hikers have physical limitations that typically keep them constrained to wheelchairs but thanks to an innovative ministry they're now able to explore the woods and hiking trails that were previously inaccessible.

His friendship with a wheelchair-bound friend prompted what would become a one-of-a-kind endeavor. During a visit after one of Schwieger's hikes, he wanted to share his enthusiasm with her, only to realize how painful that might be.

"I'm convinced that God held my tongue in that conversation because I wanted to tell her and express all this excitement," he said. "It dawned on me that that's something she would never, ever be able to experience."

Schwieger found himself troubled by the thought and began a journey to explore all-terrain wheelchairs that would lead to the new ministry.

He discovered a one-wheel chair that can be easily navigated by two people.

The Joëlette chair is popular in Europe but Schwieger became the first to bring it to the US.

Luke 5 Adventures uses the chair to transport children and adults with disabilities through various terrains, mainly in southwest Ohio, but Schwieger is hoping that other churches will grab hold of the concept.

"This is so powerful beyond what we could have even imagined," he told CBN News. "I think we're probably going to be moving forward to opening local chapters across the country."

Doug Frank is just one of the hikers thrilled to be involved. His family loves to hike but Frank's cerebral palsy has kept him on the sidelines for years. Since Luke 5 started, he's participated in four excursions and his mom Pam says the trails offer a welcome challenge.

"He's almost looking forward to getting a little hurt," she explains. "Because that's what everyone else [does] – they come home and they'd say 'I had this great time but I did X, Y, Z thing. I hurt my elbow or twisted my ankle.' To him, that would be a good reason to hurt your body instead of just therapy."

And Frank says her son has found the friendship offered by the Luke 5 volunteers to be equally valuable.

"All of these people at this church are the most amazing group of people," she said. "They all befriend him. They don't just do the typical chatter that you get from strangers. They want to get to know him."

Part of Schweiger's strategy in starting Luke 5 has been to reach those with disabilities and their families in ways that churches typically have not.

Research from Clemson University sociologist Andrew Whitehead has shown that these families usually struggle to just get to church and often have a painful experience when they attend, leading them to stay at home. Kids with chronic health conditions are 14% more likely to never attend and Whitehead discovered that disabilities that affect social interaction provide the biggest impediment. One in 4 children with developmental delays, learning disabilities, and anxiety never attend church and one in three with autism, speech problems, brain injury or depression never attend.

"These people are isolated. They feel lonely. They feel on an island," said Schwieger. "For churches to speak to that population, it's not rocket science. It's love."

Luke 5 Adventures vice president Whitney Blackston has an eight-year-old daughter who is blind, hearing-impaired, and non-verbal.

"Not everything is accessible and sometimes we experience judgment," Blackston acknowledges. "Sometimes people don't understand."

But she and her husband have enjoyed the community and observed their daughter beginning to love the outdoors, thanks to Luke 5.

Blackston shared a recent photo of her daughter plunging her tiny hand into a stream that answered her prayer for God to confirm that He indeed reveals Himself to her child.

"The Holy Spirit, in that moment as I watched her, reminded me of Psalm 42 – 'As the deer pants for streams of water so my soul pants for you, my God,' said Blackston. "He was reminding me that He can quench her soul's thirst, even though she doesn't have the ability to see God's creation."

Blackston and Schwieger are working to multiply Luke 5 so that other churches can offer those with disabilities the opportunity to experience the outdoors within Christian community.

"What we want to do is to introduce people to Christ, but then also introduce them to a community within the local church," said Blackston. "Our hope is that our local churches will grow because of it and learn how to better serve our families impacted by disability." 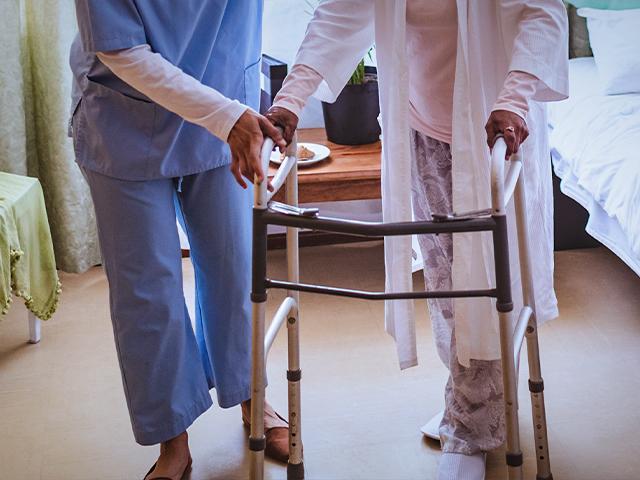 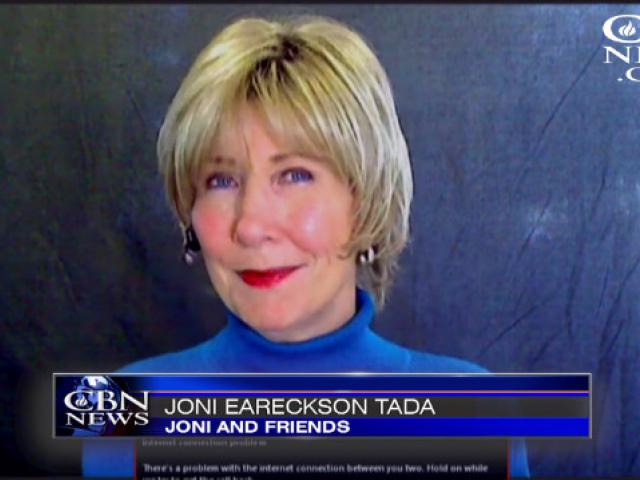