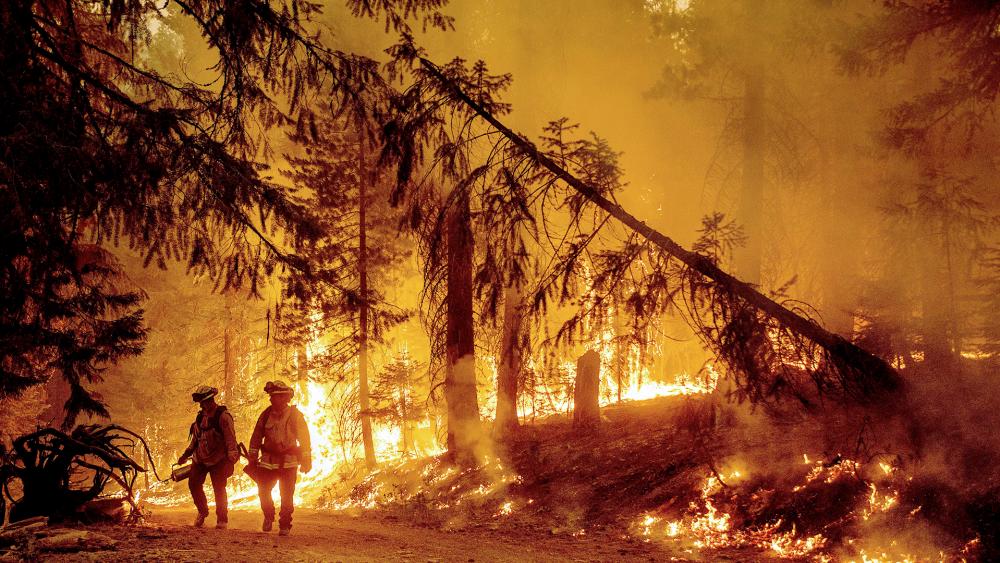 From sandstorms and flash floods to wildfires burning out west, extreme weather has turned deadly as conditions continue to worsen.

In northern California, the Dixie Fire has exploded in size, now burning in two counties and destroying at least a dozen homes and threatening as many as 10,000.

It's one of nearly 90 wildfires burning in 11 states. 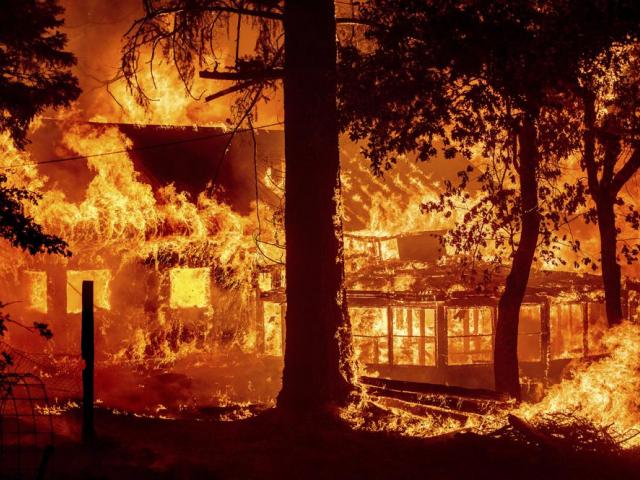 Flames from the Dixie Fire consume a home in the Indian Falls community of Plumas County, Calif. The fire destroyed multiple residences as it tore through the area. (AP Photo/Noah Berger)

In Oregon, the Bootleg Fire has now scorched more than 400,000 acres and is burning so hot and so fast, officials say it created its own tornado over the weekend.

Meanwhile, at least 75 million Americans face drought conditions and monsoon storms turn deadly in other parts of the country.

In Utah, nearly two dozen vehicles crashed on I-15 after winds kicked up a blinding sandstorm. At least eight people, including children, died.

North of Phoenix, searchers are still looking for a teen who was swept away by flash flooding. Officials say 16-year-old Faith Moore called 911 when her car was stranded in knee-high water. She was swept out of the car as first responders tried to rescue her.

"I want to stress again to the public how dangerous these water crossings can be," said Verde Valley Fire District Chief Danny Johnson. "Even when it looks shallow, a simple decision to cross the road with running water can quickly turn tragic."

Farther south, officials recovered the body of a four-year-old girl who was carried away by floodwaters. Rescuers pulled five family members from the car but the water took the vehicle before they could reach the little girl.

Dry lightning is now the major threat out west. Thunderstorms from the monsoons are approaching the wildfires and officials worry lightning strikes could spawn new blazes. 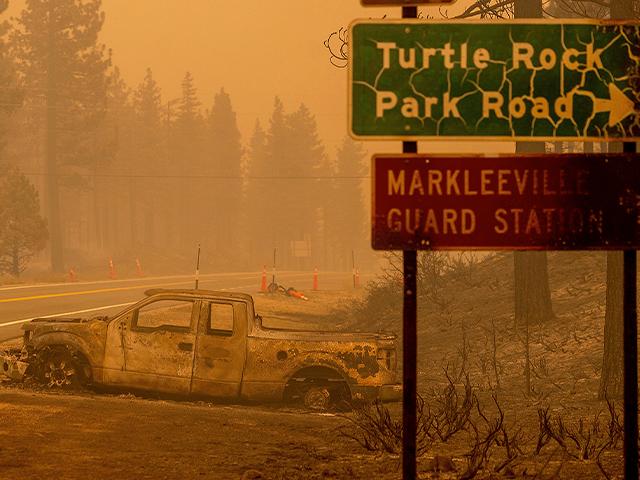 A scorched car rests on a roadside as the Tamarack Fire burns in the Markleeville community of Alpine County, Calif. (AP Photo/Noah Berger)