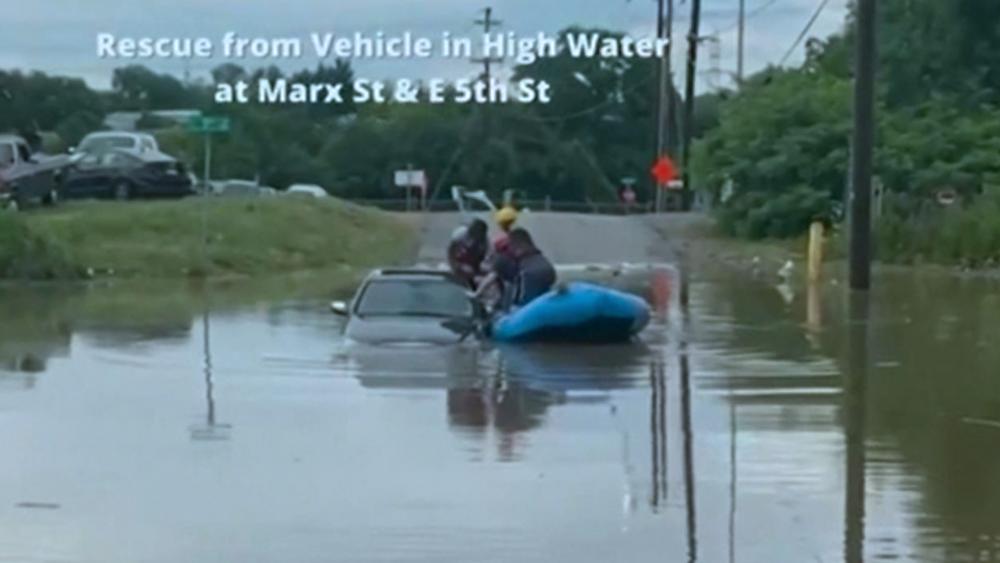 The Richmond, Virginia Fire Department rescued 19 people from their vehicles on Wednesday after storms moved through the region causing flash flooding.

"It's been a busy evening for our WR Team," the department said on Twitter. The tweet said that between 4:27 and 5:22 p.m., the team was dispatched to more than a dozen vehicles in high water calls and rescued 17 people. Then a couple of hours later, at 7:51 p.m., they rescued two more people.

"They have done some incredible work," the tweet said.

It's been a busy evening for our WR Team. Between 4:27 & 5:22 p.m., they were dispatched to more than a dozen vehicle in high water calls & rescued 17 people. Then at 7:51 p.m., they responded to another, where they rescued two more people. They have done some incredible work. pic.twitter.com/WiuCfkUe0Y

Several flood advisories and warnings were issued Wednesday due to slow-moving storms and scattered thunderstorms.

Emergency officials reminded drivers to "turn around and don't drown."

Augustine Doe, Swansboro Civic Association president, told WWBT-TV that flash flooding on Richmond's southside is nothing new but added, "I've noticed that there's been work done on it quite recently so it recedes faster than ever."

Even with the work that has been done on the drainage issues, Doe said the city still has a long way to go toward fixing the problem.

"I'd like to see a warning system that highlights and warns drivers and motorists that when the water reaches a certain level you can not go through," Doe said.