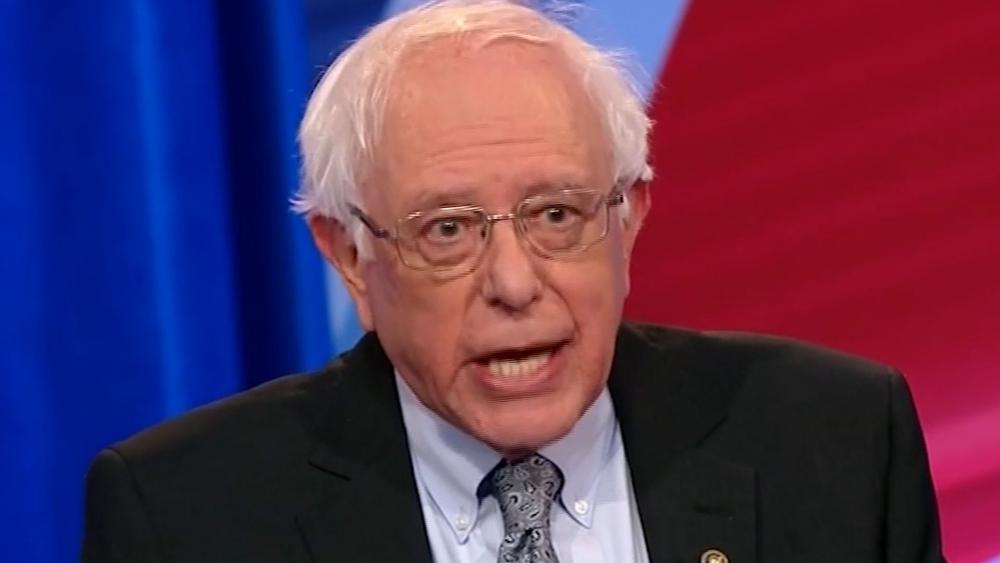 Sen. Bernie Sanders (I-VT). (AP Photo)
6259854777001
Infrastructure Compromise Bill is Opposed by Democrats Who Want to Use it to Soak the Rich

Republicans accuse the Democrats of turning it into a wish list of liberal programs.

A bipartisan infrastructure package costing a little over $1 trillion has been gaining support among a group of 21 senators from both parties, but disputes continue over how big it should be and how it should be funded.

Sen. Bernie Sanders (I-VT) says it's not enough.  On NBC's "Meet the Press" program, Sanders described an infrastructure bill that would redistribute wealth and help working families and the poor.

"The working people of this country understand that for decades we have ignored their needs while the very richest people in this country got richer," Sanders said. "People throughout this country cannot afford childcare.  Elderly people cannot afford hearing aids or dental care."

But Ohio Republican Senator Rob Portman, who is leading the effort on the compromise bill, says the Democratic alternative spending plan goes way beyond what has been traditionally considered infrastructures like roads and bridges.

"It's not about infrastructure. It's kind of a $6 trillion grab bag of progressive priorities," Portman told NBC, "Ours is about core infrastructure and it is paid for without raising taxes, which is key."

Sen. Lindsey Graham (R-SC) told Fox News Sunday, "$6 trillion is more money than we spent on World War II and what they're calling infrastructure. The liberal left, to me, is not remotely related to what has traditionally been called infrastructure. It's just a power grab by the Democratic party in every area of our lives. "

But Graham said the President has a chance to get a bipartisan deal if he wants it.

"President Biden, if you want an infrastructure deal of a trillion dollars, it's there for the taking," Graham said.

The White House said it could have a response to the bipartisan infrastructure plan as early as today.