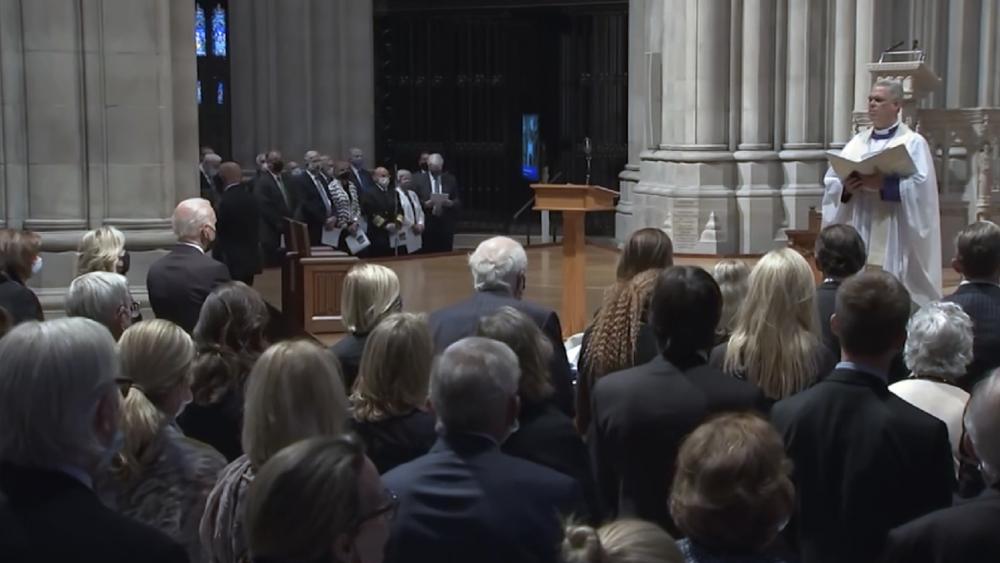 Former Republican Senator John Warner earned 35 years of support from voters across the political spectrum before he passed away recently at the age of 94.

His funeral was held Wednesday at Washington National Cathedral where Warner was baptized. The second-longest-serving Republican senator from Virginia died on May 25 of heart failure at his home in Alexandria.

Warner served 30 years in the U.S. Senate before retiring in 2008. He was succeeded by Democratic Sen. Mark Warner - no relation - and the two ended up becoming good friends.

"In Virginia, we expect a lot of our elected officials," Mark Warner said Wednesday. "We expect them to lead, yet remain humble. We expect them to serve, but with dignity. We expect them to fight for what they believe in, but without making it personal. John Warner was the embodiment of all that and more. I firmly believe that we could use more role models like him today."

While serving in the Senate, Warner worked alongside President Biden, who described the Senator as a man of deep commitment to God and country.

Biden praised Warner's "willingness to see each other as opponents, not as enemies" and his fair view of everyone as equal "even when we disagree."

"John Warner is a reminder of what we can do when we come together as one nation," Biden added.

Warner was also married to the late actress Elizabeth Taylor from 1976 to 1982.