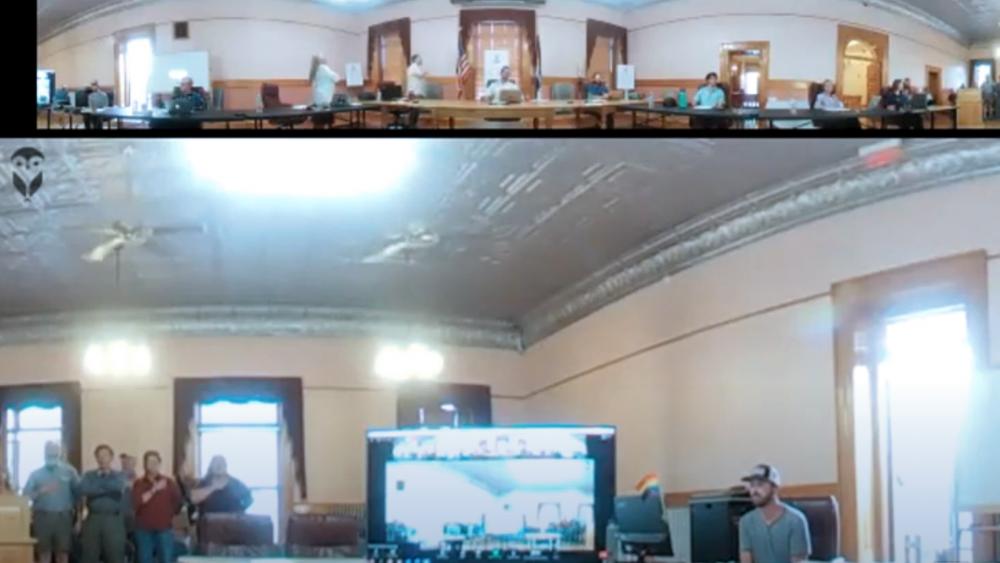 A Colorado mayor tried to ban the Pledge of Allegiance at a town trustee meeting last week, but committee members decided to recite it anyway.

KDVR News reports that Silverton Mayor Shane Fuhrman said he made the decision over inappropriate comments "in and out of public meetings and general divisiveness and issues created in our community."

The mayor immediately faced opposition from members of the town's board as some felt they should have been informed ahead of time.

"If you'd like to find somewhere in the code, something that doesn't permit me to do this, then I welcome that discussion at our next meetings," Fuhrman said.

Barela responded by telling the mayor, "It's been done for a long time. We all took an oath, and we as a board decided it would be done." A recording of what came next includes people loudly reciting the pledge in defiance, some at the top of their lungs.

In the video, a frustrated Fuhrman then tells attendees that they were "out of order" for reciting the pledge and will be forced to leave if there are any more interruptions.

This is not the first time the Pledge of Allegiance has caused trouble among the town, according to The Durango Herald.

A Silverton man nearly faced charges of harassment and menacing in April 2018 after he verbally attacked a trustee member who refused to stand during the pledge.

Since May 3, Fuhrman and another unnamed board member have remained seated while the pledge has been recited at board meetings.

"To tell members of the public they are not allowed to say the Pledge of Allegiance during public comment and threaten to have them removed, that it was a one strike and you're out policy violates every single one of their First Amendment rights," Barela told KDVR.