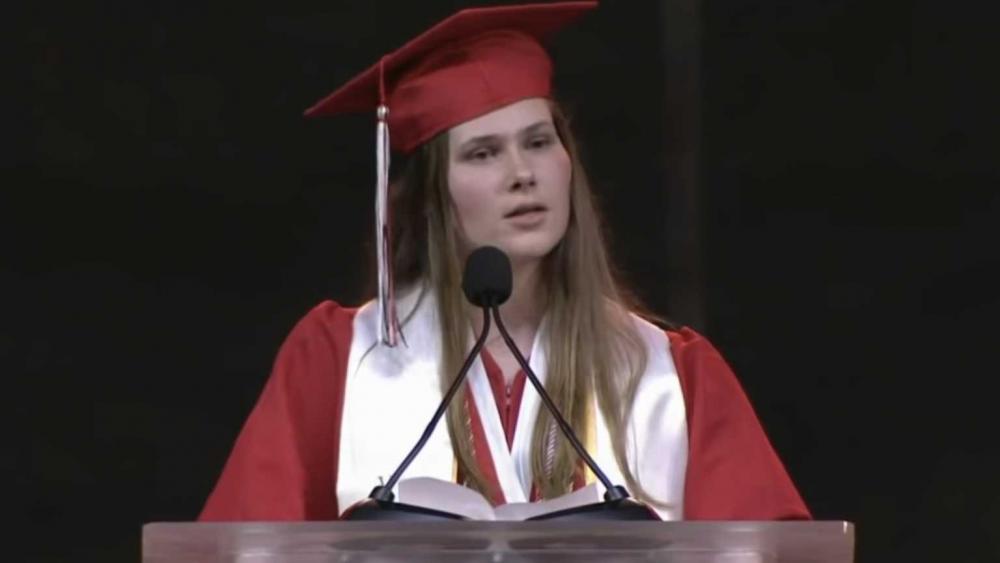 Paxton Smith — the Texas valedictorian who ditched her planned graduation speech to rail against the state’s “heartbeat bill” — sparked a lot of reactions. One of the most viral responses came from a pro-life activist who regrets her own choice to choose abortion.

In a letter written to her two daughters, Toni McFadden urged her kids not to lionize Smith, who received accolades for her pro-abortion speech.

Although Smith might “have the ability to string together emotionally driven words,” her message is “not founded in truth,” McFadden wrote.

The activist — a staff member with Students for Life of America — opened up about her past, recalling a time when she was pregnant at Smith’s age and “believed the lie that ending the life of my child would restore my dreams, my goals, and my aspirations.”

“After consuming poisonous pills to end the life of my baby, your sibling, that is not what happened,” she wrote. “Nothing was restored. It was all a lie. The regret settled in, but I quickly pushed it down to survive.”

There is nothing natural about taking the life of your own child. I do not care how empowering someone like Ms. Paxton may make it sound. The reality is I had no right to take the life of my innocent child for my own selfish gain.

The last thing I would ever want for my beautiful girls is to believe that lie.

What makes you a powerful woman is unapologetically being who God created you to be. It’s standing in truth even when the world is trying to convince you to live in lies.

The mother of two ended her letter by writing she hopes Smith “will someday take her gift of intelligence and use it to protect life, not promote death.”

During her surprise address, the senior condemned legislation that bans abortion after a fetal heartbeat can be detected, possibly as soon as six weeks into pregnancy.

Texas Gov. Greg Abbott (R) signed the bill into law in late May.