'The Building Has Literally Pancaked': 4 Dead, and Death Toll from Miami Building Collapse Could Soar 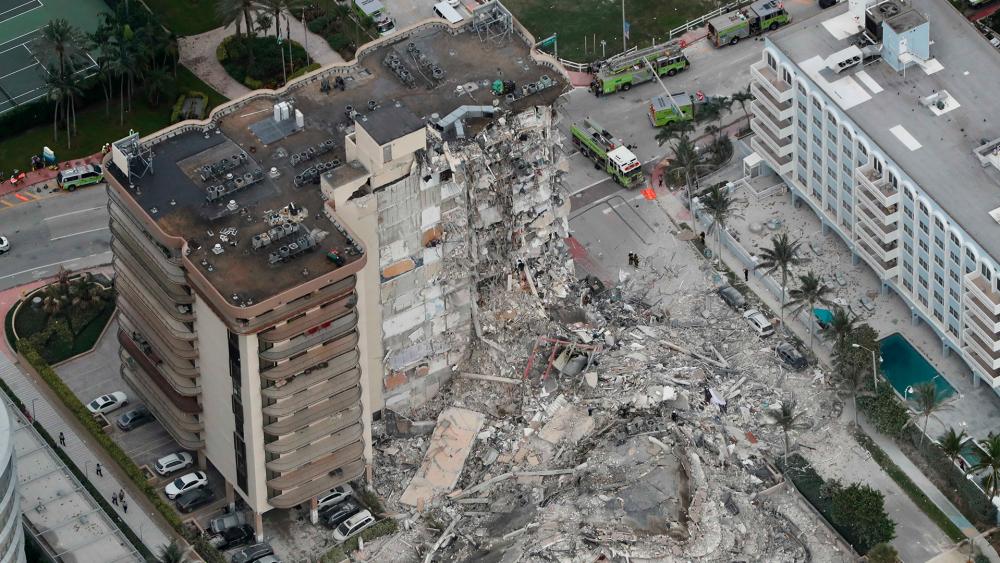 Officials have now confirmed at least four deaths in the collapse of an entire wing of a 12-story beachfront condo in the town of Surfside, 6 miles north of Miami Beach, Florida.

But another 159 people were still unaccounted for on Friday morning, raising fears that the death toll could climb sharply.

Officials were not sure how many were in the tower when it fell.

Building resident Barry Cohen thought it was a thunderstorm.

"We opened up the door from our apartment and there was a huge pile of rubble and dust. When we got to the bottom of the stairs we couldn't open the door because the steel had bent in the door," Cohen said.

More than 80 fire and rescue units were sent to the scene. Rescuers pulled dozens of people from the wreckage by mid-morning, and heavy equipment was being brought in to help stabilize the structure.

Local resident Michael Ruiz said, "There's a third of the entire building that you cannot see from the street, but it's completely gone in the back, towards the beachside."

Drones surveyed the area. First responders rescued one young man from the rubble, using a bucket to take people off their balconies.

Fifteen families walked out of the building on their own.

Surfside Mayor Charles Burkett was not optimistic that very many more survivors will be found.

"The problem is the building has literally pancaked," Burkett said, "It has gone down as there is just feet in between stories where there were ten feet.

The entire structure is now considered unsafe, and residents have been taken to a nearby recreational center and will have to be relocated.

As for what could have caused it, repair work was being done on the building’s roof, but authorities have not yet said whether that could have been a possible cause for the collapse.