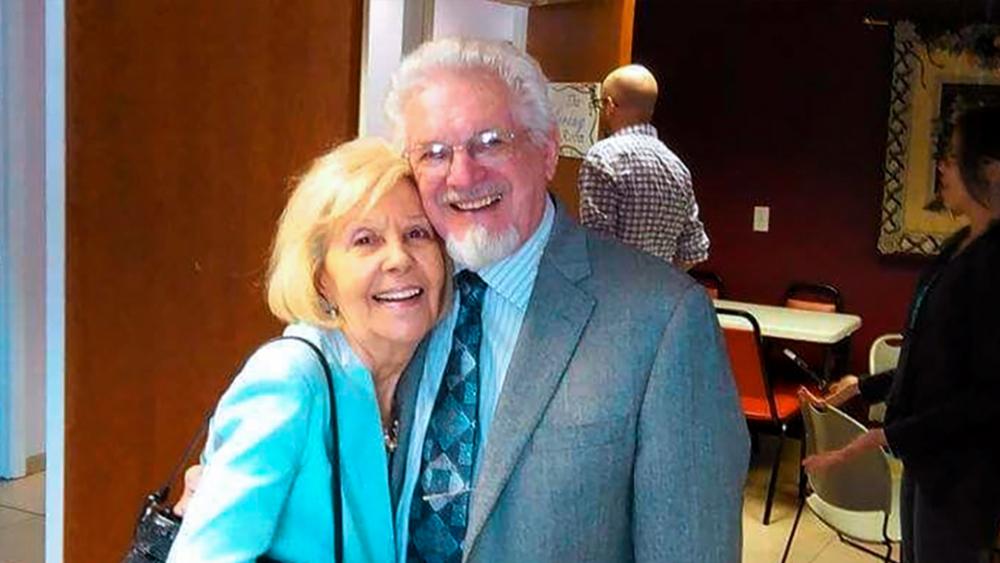 A Florida couple, who were married for nearly 67 years, passed away from COVID-19 within minutes of each other on March 1.

Bill and Esther Ilnisky worked hand in hand as Christian ministers and missionaries in the Caribbean and the Middle East, then preached in Florida for 40 years.

The couple's only child, Sarah Milewski, said it was difficult to lose both of them on the same day but the idea of one without the other was inconceivable.

"It is so precious, so wonderful, such a heartwarming feeling to know they went together," she said, adding, "I miss them."

Milewski said her father was raised in Detroit, Michigan, and decided at the age of 16 to commit his life to Christ. Bill attended Central Bible College and Assemblies of God in Springfield, Missouri.

While preaching at churches near the school, he met Esther Shabaz who was from Gary, Indiana, and the two fell in love.

"When my dad proposed, he told her, 'Esther, I can't promise you wealth, but I can promise you lots of adventure'," Milewski explained. "She had a lot, a lot of adventure."

Bill graduated from college and married Esther. He began to open churches in the Midwest until the late 1950s. The Ilniskys, along with some of their congregants, went to Jamaica on a mission trip and ended up staying to run a church in Montego Bay for 10 years.

The couple adopted Milewski from a Miami foster home when she was 2-years-old. In 1969, they moved from Jamaica to Lebanon where Bill ministered to college students and worked as a teacher.

Esther was involved in outreach had a Christian rock band.

"At that time, Lebanon was an amazing country - gorgeous," Milewski said.

CBN News Middle East Reporter Julie Stahl had a connection with Bill and Esther. Stahl revealed that they were her mother's pastors many years ago.

"I knew them," Stahl said. "They were amazing believers with a true pastor's heart, listening to the Lord and caring for the sheep."

A civil war between Muslim and Christian factions in Beirut broke out in 1975, causing the area to become a battleground. Bombs exploded outside of their apartment twice, knocking Milewski out of her bed and Bill to the floor.

"My mom thought he was dead," Milewski said. "My mom and I went and hid in the bathroom all night, crying and praying." Bullet holes were found on the walls of every apartment but theirs. "We attributed that to prayer," she added.

The U.S. Marines started evacuating Americans in 1976, so the family fled, catching the last flight out.

***As the number of voices facing big-tech censorship continues to grow, please sign up for CBN News newsletter and download the CBN News app to stay up-to-date with the latest news from a distinctly Christian perspective.***

Once they were back in the U.S., Bill became pastor at Calvary Temple in West Palm Beach, later renamed Lighthouse Christian Center International. His wife launched Esther Network International, which focused on teaching children how to pray.

Bill retired three years ago and Esther continued to operate her prayer network through Zoom calls.

Milewski said her parents took precautions when the pandemic hit but her father would occasionally go out.

"He couldn't take it," she explained. "He needed to be around people."

Shortly after Valentine's Day, the couple was diagnosed with the COVID-19 and hospitalized. Initially, they were expected to pull through but their condition worsened.

Bill and Esther were put on hospice care on Feb. 27. With a window separating them, Milewski held a microphone and said "I love you" and goodbye to her parents.

Milewski said her parents looked the same as when they slept - her father lying on his right side and her mother would face him.

Bill nodded as Milewski spoke to them, while Esther attempted to speak but was unable. "It was horrible," Milewski said.

"They were always, always together," Milewski said. "So in sync."