Famed Psychologist Jordan Peterson Tears Up While Talking About Jesus 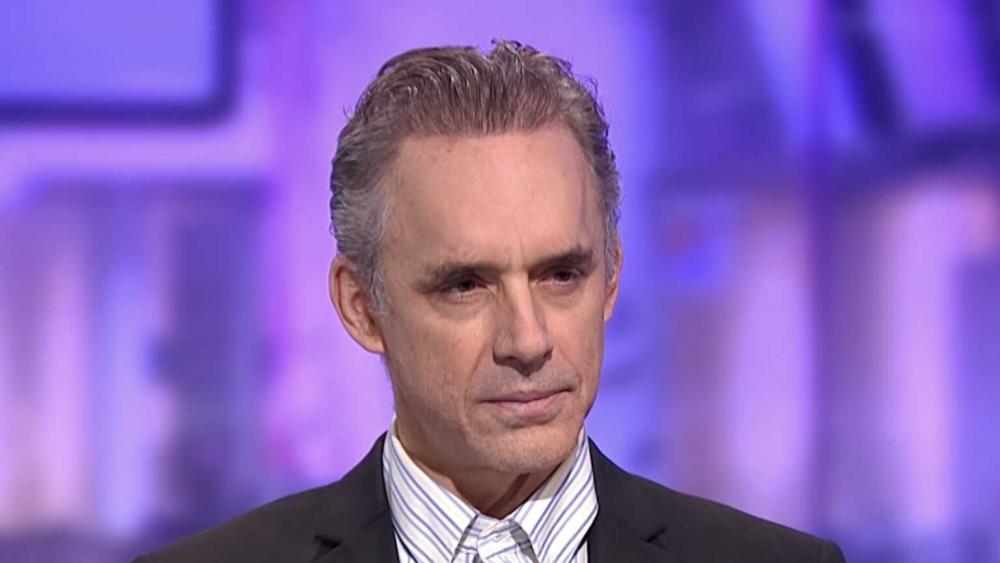 For years, when asked if he believes in the existence of God, Dr. Jordan Peterson — a clinical psychologist who has found fame as a result of his no-holds-barred approach to personal responsibility — has responded: “I act as if God exists, and I’m terrified that he might.”

Peterson has publicly contended with matters of faith on several occasions, often describing himself as “a deeply religious person,” though he’s fallen short of confessing faith in Jesus.

He said in 2019 he’s “not willing to place myself conveniently in a box” of believing one man — namely, Jesus — to be the savior. It doesn’t take much observation, however, to see he has a certain affinity for Christian doctrine.

After having disappeared for a while as a result of personal mental health struggles, an autoimmune disorder, and a “physical dependency” on benzodiazepines, which caused “a paradoxical reaction” to the prescribed medication, according to his daughter Mikhaila, Peterson has re-emerged with a new book, “Beyond Order: 12 More Rules for Life,” a follow-up to his best-selling 2018 work, “12 Rules for Life: An Antidote to Chaos.”

Peterson has participated in a handful of virtual interviews to promote his brand new title, which released on March 2.

During his conversation with Orthodox Christian artist Jonathan Pageau, Peterson revealed a profound openness to Jesus with a vulnerability unlike his past comments about faith and Christianity, which he references frequently in his writing.

“The difference — and C.S. Lewis pointed this out as well — between those mythological gods and Christ was that there’s a historical representation of his existence as well,” Peterson said. “[S]o what you have in the figure of Christ is an actual person who actually lived plus a myth, and, in some sense, Christ is the union of those two things.”

“The problem is I probably believe that but I’m amazed at my own belief, and I don’t understand it,” he continued, beginning to cry. “Because I’ve seen, sometimes, the objective world and the narrative world touch — you know, that’s union synchronicity. And I’ve seen that many times in my own life and so, in some sense, I believe it’s undeniable.”

Peterson went on to explain that humans exist in what he called “a narrative sense of the world,” which, for him, has been “the world of morality” that “tells us how to act,” and it is “real” despite the fact that it is not “the objective world.”

“But the narrative and the objective world touch,” the author told Pageau. “And the ultimate example of that, in principle, is supposed to be Christ, and that seems to me to be oddly plausible. But I still don’t know what to make of it, partly because it’s too terrifying a reality to fully believe. I don’t even know what would happen to you if you fully believed it.”

There are, though, several stumbling blocks that have deterred Peterson.

Pageau suggested that to “act as if God exists,” as Peterson does, calls people not firstly to take some sort of “moral action.” Instead, he explained, “The first thing that it asks of you is attention. That’s why to act as if God exists is, first of all, to worship.”

That, Peterson said, presents him with “a terrible problem.”

He told Pageau he’s read from theologians who reference Matthew 11:30 when Jesus told his disciples that his “yoke is easy” and his “burden is light,” arguing there is “joy in it.”

“There’s a paradox there, obviously, because it’s also a ‘take up your cross and follow me’ sort of thing, but the fact that I’ve been living in constant pain makes the idea of joy seem cruel, I would say,” Peterson said. “I have no idea how to reconcile myself to that. I mean, I’ve reconciled myself to that by staying alive despite it, although there’s very little worship. It doesn’t mean I’m not appreciative of what I have. Not only am I appreciative of what I have, I do everything I can to remind myself of it all the time, and so does my wife.”

“I mean, she’s changed quite a bit as a consequence of her struggle with cancer,” he continued. “She has become much more overtly religious, I would say. We say grace before our meal in the evening, and it’s a very serious enterprise, and it always centers around gratitude for the ridiculous volume of blessings that have been showered down upon us at a volume that’s really quite incomprehensible. But despite that, I’m struggling with this because I don’t know how to reconcile myself to the fact of constant pain. And I feel that it’s unjust, which is halfway to being resentful, which is not a good outcome.”

Pageau said the answer — though it may seem “easy” — is the sacrifice Jesus made during his crucifixion on the cross. He told Peterson that God “plunged down into death” and “there are mysteries hidden in that depth.”

At another point during their discussion, Peterson said one difficulty for him has been the ways in which many Christians — and Christian institutions — have acted. He told Pageau the way many believers live their lives is “not a sufficient testament to the truth.”

“And people would certainly say that, let’s say, about the Catholic Church, or at least the way that it’s been portrayed, is that with all the sexual corruption, for example,” Peterson said. “It’s like, ‘Really? You believe that Jesus Christ was the Son of God and, yet, you act that way? And I’m supposed to buy your belief?’ It seems to me that the church is actually quite guilty on that account because the attempts to clean up the mess have been rather half-heartened, in my estimation.”

“Christians don’t manifest the transformational attitude that enables the outside observer to easily conclude that they believe,” he added.

Pageau then explained, in part, that some of that is the consequence of what he described as a “hierarchy,” which is, in essence, the process of sanctification, a redemptive undertaking that occurs over time and doesn’t rid humanity of all its sin while we remain on earth.

You can watch the full interview above. In the meantime, please be in prayer for Peterson as he wrestles with these matters of faith and for his continued physical healing.

Editor’s note: This story has been updated. It previously characterized Peterson’s health issues surrounding benzodiazepines as an “addiction.” We have added additional information to provide a more accurate depiction of the “physical dependency” he experienced.