'God Was With Us': Scarf-Draped Cross Untouched After Tornado Rumbles Past Alabama House 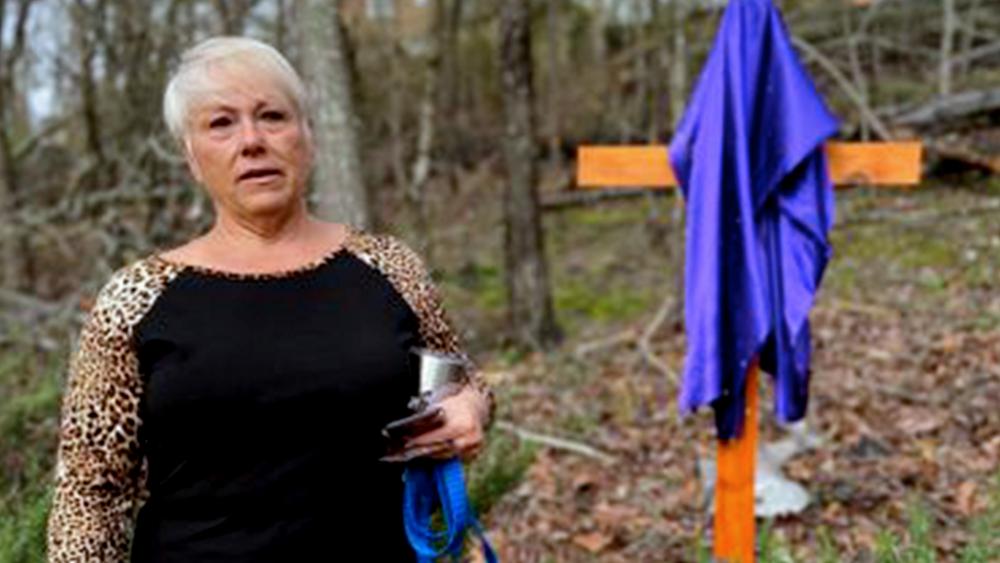 One Alabama woman says God was with her when a violent supercell's funnel tore through her neighborhood last Thursday.

During the storm, the roof was ripped off of Dena Cook's Birmingham house but a scarf-draped cross was still standing in her yard, CNN reports.

This was extremely humbling to see. Amongst all the powerful destruction in #Alabama, Dena Cook’s cross and purple scarf (representing the upcoming Holy Week between #PalmSunday & #Easter) remained untouched. This story of hope and resilience coming soon @CNN @CNNweather pic.twitter.com/bABtZeOpeQ

Cook and her husband hid inside a closet as the tornado passed by their house. When they emerged, the couple went outside to survey the damage. Cook noticed that the cross was still erect and still adorned with its bright purple scarf for Lent.

The cross is sentimental to Cook since her husband built it last year at the height of the pandemic.

"This is what God is all about," Cook said. "Lent is a sorrowful time but then on that Easter Sunday, it will be beautiful all again."

Cook told CNN she's going to replace the purple scarf with a white one for Easter.