'God's Heart for the Lost of all Nations:' Group Breaks Down Barriers by Planting Churches in Minority Communities 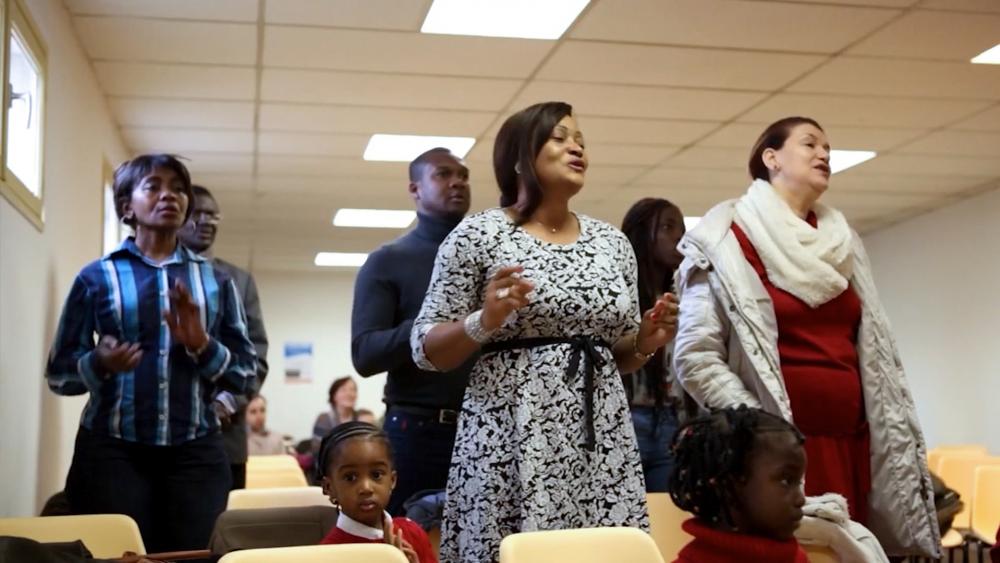 6245213231001
'God's Heart for the Lost of all Nations:' Group Breaks Down Barriers by Planting Churches in Minority Communities

The global church-planting network "Acts 29" recently launched a plan to start and grow gospel-centered churches in Hispanic and urban communities. It is a move that comes at a time when America's Latino population is booming.

As the leader of the initiative, Pastor Logan wants to focus on unity as well as diversity.

"What it's going to reflect is God's heart for the lost of all nations," Logan told CBN News. "When we begin to reflect that and we don't have a messianic complex where we think our culture is elevated over other cultures and we realize we sit under the living God who levels the playing field because sin has leveled us and grace has brought us into family and relationship we then can begin leading the way in displaying the manifold beauty of the family of God."

After a year of racial stress across America, the movement comes at a most opportune time.

"Right now we're in such a tense situation where everybody is so picky about definitions and words," Pastor Chuy Rodriguez of DC's Redemption Hill Church said in an interview with CBN News. "As the people of God, we are called to love each other and that's the way the world will know that we are His people if we love each other despite our differences."

Pastor Rodriguez has been tapped to head up Acts 29 Espanol.

"It's a great need," said Pastor Rodriguez. "As we all know the Hispanic population specifically, which is the area that I'm in charge of, continues to grow in the United States. If I'm not mistaken, in the last census there were close to 60 million Hispanics in the U.S."

He believes this presents a unique opportunity for the church to reach this community.

According to a 2014 Pew Research study, 85% of Latinos share a belief in God and many are turning to Spanish-speaking churches.

In 2019, Lifeway Research surveyed leaders from more than 200 new Hispanic church works from 14 Protestant denominations. It found that 94% of those leaders were Hispanic.

"Almost every single Latino country in the world is represented in the United States," explained Pastor Rodriguez. "We have a prime opportunity to teach them, to train them, to disciple them, and to show them the gospel so that they can be light wherever they go."

With help from Grimké Seminary, Hispanic pastors will be trained in Biblical clarity and cultural engagement and Acts 29 plans to fully support them in the outreach effort.

"We want to assess, bring them in, financially support, relationally connect with deeply," said Pastor Logan. "And we want to provide some conferences, some content, and some coaching and that coaching comes with the curriculum."

Part of that requires specific reading in each class and pursuing a diverse faculty and staff.

"I believe that a partnership between a church planting network and a seminary that is allowing, intentionally having courses for minorities is probably a perfect match for the next generation of pastors," commented Pastor Rodriguez.

In the end, that means pastors who will focus on leading all to what matters most.

"We want to have an authentic mission and movement to the least, the last, and the lost of any race," said Pastor Logan.