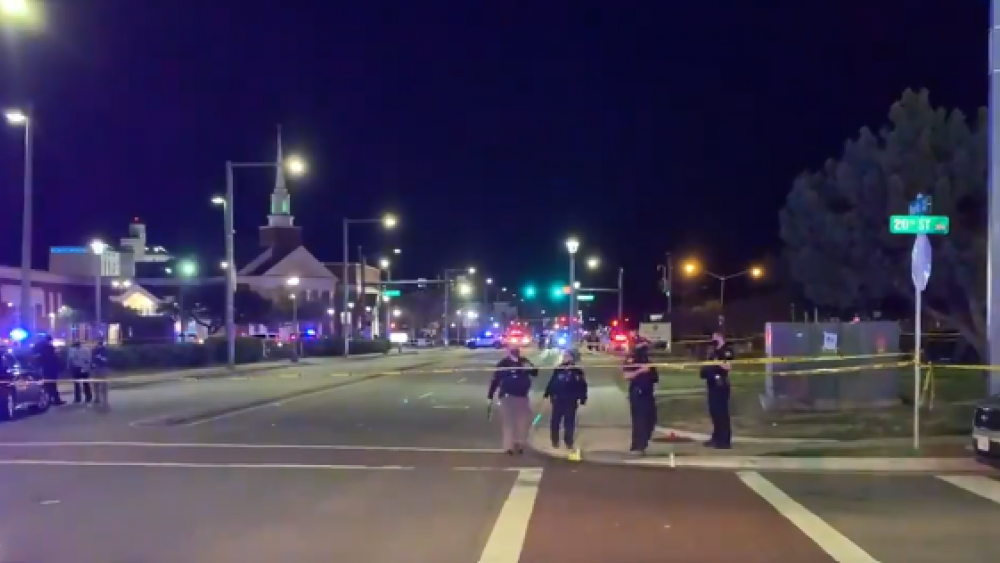 The first shooting was reported around 11:30 p.m. Friday where eight people were transported to a local hospital with gunshot wounds. Police say the injuries range from minor to serious and that one woman died from her injuries at the scene.

One police officer was taken to the hospital with minor injuries after being hit by a car.

Then police responded to a second incident at 1:15 a.m. Saturday morning. A man was shot by a police officer and died at that crime scene.

Police Chief Paul Neudigate said "several" people were in custody and are being questioned but no one has been charged in the shootings, WVEC-TV reports.

"We have several people that were stopped," Neudigate said. "What their involvement in this incident is, we don't know yet."

#BREAKING 2 are dead after multiple shootings at the @CityofVaBeach Oceanfront. 1 was shot by a @VBPD officer, another 8 shot in an incident that started outside at 20th and Atlantic. Officer was stuck by car at 20th and Pacific, he’s expected to be okay @WAVY_News pic.twitter.com/JD3XlBnOll

The officer who shot the suspect has been with the police department for five years. He is currently on administrative assignment while police investigate the incident.