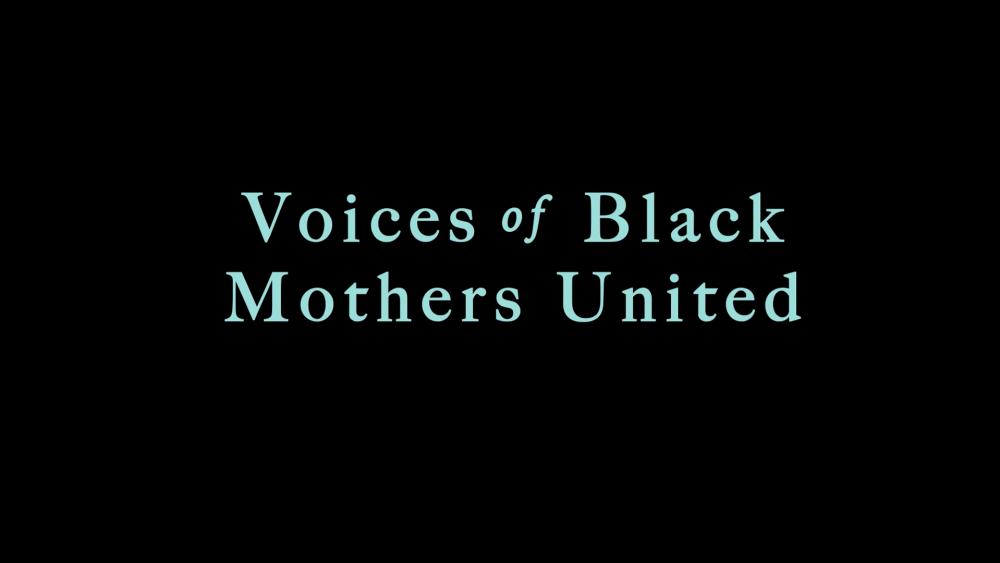 In the ongoing debate over calls to defund police departments, one emerging group is saying, "not so fast." The effort, Voices of Black Mothers United, underscores the need for police protection while calling for greater police accountability. They believe mothers, who have swallowed the most bitter pill, can help with that mission.

"It's hard, it hurts," says Carolyn Johnson Turner who lost her son to violence. "This is a pain I carry with me every day. This is my son right here and I carry him with me in my heart and it hurts."

She is one of more than 2,000 mothers making up the newly formed Voices of Black Mothers United, an anti-violence initiative of the non-profit Woodson center in Washington DC.

"It is titled black mothers for a reason," says the group's director, Sylvia Bennett-Stone. "Black mothers are the ones who are ignored the most."

Bennett-Stone's daughter, Krystal Joy, and her daughter's friend, Terrin, died as random, innocent victims from a single bullet after gunfire erupted outside a Birmingham convenience store in 2004.

"I had to lean heavily on my faith in order to get through the horrible night when you can't eat, you can't sleep, you're losing weight," Bennett-Stone said.

For mothers who've suffered the ultimate loss, Voices of Black Mothers United serves as a support group. In addition, it aims to bring together law enforcement and faith-based community partners to find solutions to senseless violence while also pushing back against efforts to take money away from police.

"No one wants to talk about the black-on-black crime," Bennett-Stone says.

Bennett-Stone says the Black Lives Matter and De-fund the Police movements are so strong many African Americans are reluctant to speak out against them, even if they disagree.

"People feel as though they won't be black enough or they won't be accepted in their community if they go against this," Bennett-Stone said. "So, we're just saying, hey, someone needs to step up and tell the truth. We need police in our community."

She says police need black mothers partnering with them when and where deadly crimes happen.

"I'm a firm believer that when you can partner with families during the active investigation of these cases there's a much greater chance of these cases being resolved faster," Monroe said.

"There's greater witness cooperation and better coordination with the district attorney offices as it relates to putting these cases together. Support those efforts, not de-fund the police."

Organizers say no one can relate more to grieving families than these mothers, and nothing can heal better than the love of God.

"The Voices of Black Mothers United is officially unleashed!" proclaimed Bettye Sweet, a member of the group.

Bennett-Stone says although the group is called Voices of Black Mothers United, those of any walk can feel free to join them. That's because, she says, the hurt of losing a child is the same for any mother.