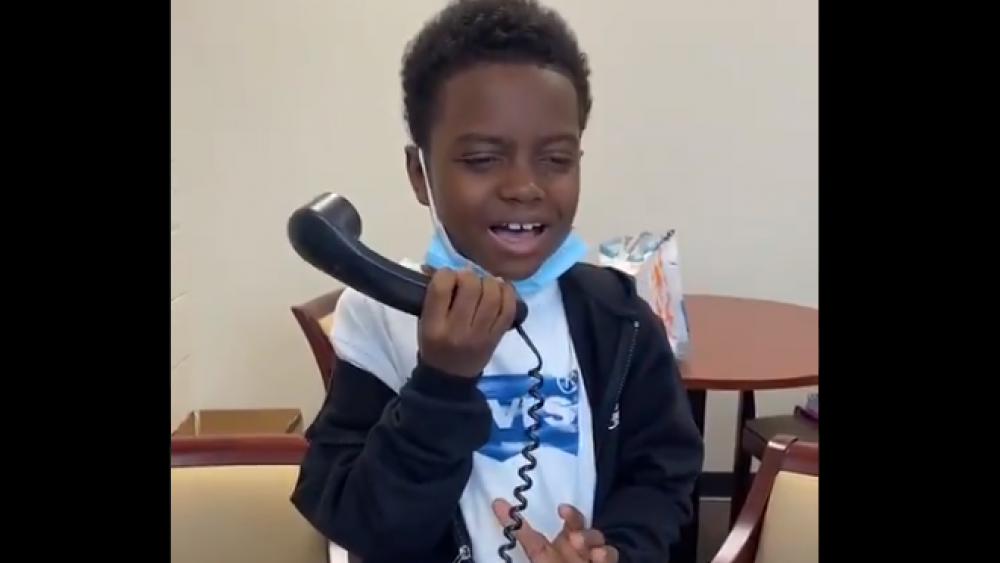 Students at Bates Elementary School in Louisville, Kentucky usually start their day with morning announcements and a recording of the national anthem.

The usual morning routine took a different turn last month when nine-year-old D'Corey Johnson volunteered to sing it live and delivered a passionate rendition of the star-spangled banner.

The school's principal, Alecia Dunn, recorded the young boy singing and posted it to the school's social media accounts. The video has since gone viral and said he left everyone speechless - including her.

Usually, a recording of the song is played over the loudspeaker so students and faculty can sing along. But on April 23, D'Corey asked Dunn if he could sing it by himself.

"He's so authentic and genuine," Dunn said. "There's nothing rehearsed about him. There's no stage child, it is just him. It's almost like he's this old soul."

Dunn was shocked and amazed after D'Corey performed.

"I couldn't finish the announcements. So I just told teachers, 'You guys can finish out our Bates scholar pledge,'" she recalled. "You could hear outside the office all the cheers. And then we walked out of my office...it was almost like he was on a parade - every teacher was hanging out their door, we were all crying."

D'Corey also loves acting and tap dancing and wants to bring joy to his fellow students with his voice and heart.

His mother, Nakia Johnson, says he's always been a performer, whether it was at her salon or at church.

And D'Corey was invited to sing the national anthem at an upcoming Tennessee Titans game.