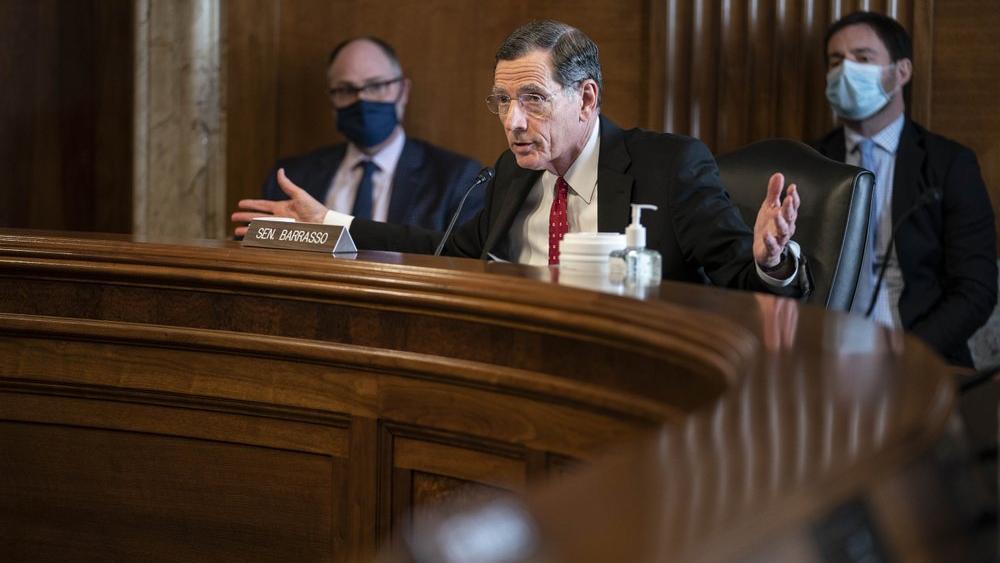 Wyoming Sen. John Barrasso, the leader of the Senate Republican Conference, warned of the dangers of the explosion in spending and how it will affect all Americans.

"Well, it's the trillions and trillions of dollars of reckless spending when I look at this, this is staggering amount of spending like someone with a new credit card. And these are four things that we don't necessarily need – we certainly can't afford – but they're going to delight the liberal left of the party," he said.

"It seems to me that this is a cradle to grave role of government, whether it's paying for child care for everyone, college, free college for everyone. And ultimately, someone's going to have to pay for this. It's almost creating an addiction to spending."

"So it's either massive new debt to China as well as massive taxing, probably the largest tax increase in 50 years. And anybody that says this is going to be on just the one percent or big corporations, I mean, that's just phony math. Americans understand that with this kind of spending and this kind of borrowing and taxing, everyone is going to get hit in their wallet," he warned.

Barrasso's remarks are another sign of the difficulties the president faces in getting his agenda through Congress.

Barrasso added that many Democrats are also concerned about the explosion in spending. But he does think some sort of compromise on a smaller bill is possible.