Dad Pulls Daughter from NYC School Teaching Kids to 'Feel Bad About the Color of Their Skin,' Moves to Florida 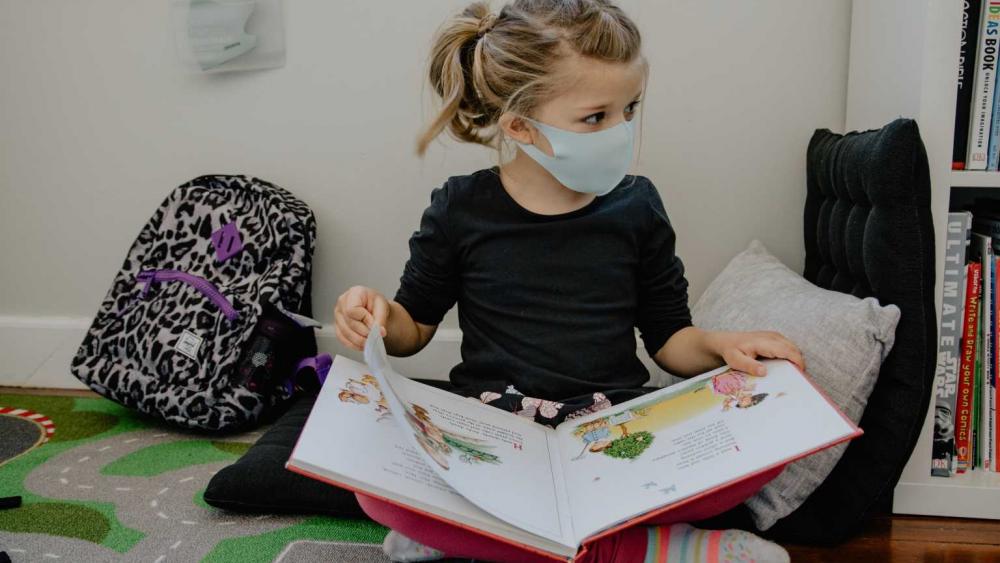 A father has pulled his 9-year-old daughter from a pricey private school in New York City after learning its curriculum reportedly taught kids to “feel bad about the color of their skin.”

Harvey Goldman, who has since moved to Florida, told Fox News host Tucker Carlson this week that he believes most parents with kids at the Herschel School in Manhattan aren’t aware that their children are supposedly being taught critical race theory, according to the Daily Mail.

“They are teaching these kids terrible things,” he said Tuesday. “Teaching them to feel bad about themselves and it is really awful.”

Since he’s started speaking out about the curriculum at the school, Goldman claimed other parents have begun pulling their kids from Herschel.

“They are not happy about what is being taught to their children,” he said. “I’m not sure what else they could do but teach the school a lesson by pulling their kids out. And getting their money out.”

Goldman praised Florida, where his daughter now goes to school because they have “never heard of critical race theory” and don’t teach it.

Florida Gov. Ron DeSantis (R) vowed in mid-March to keep critical race theory from being taught in the state’s public schools. At the time, he said there is “no room in our classrooms for things like critical race theory,” adding, “Teaching kids to hate their country and to hate each other is not worth one red cent of taxpayer money.”

He said this week the critical race theory framework is centered on “Marxist ideology” and wants Florida “to treat people as individuals, not as members of groups.”

Goldman said he isn’t worried about what his daughter is learning in Florida.

“These children go to a park and they want to play,” he said. “They don’t care what color the other kids are. They care that they are having fun.”

Goldman said he told Herschel administrators in September he planned to pull his daughter from the school and move to Florida.

In his letter, he wrote, “First and foremost, neither I, nor my child, have ‘white privilege,’ nor do we need to apologize for it. Suggesting I do is insulting. Suggesting to my nine-year-old child she does is child abuse, not education.”

The school, for its part, responded to Goldman’s remarks, claiming he is “fundamentally misrepresenting” the curriculum at Herschel.

“His family informed us last summer that they would likely relocate to Florida for financial reasons,” read the school’s statement. “We were surprised to read about his new explanation for the move and question his motives for making such statements at this time.”

Much like Goldman, journalist and podcast host Megyn Kelly announced earlier this year she and her husband, Doug Brunt, pulled their kids out of their private Manhattan school over its embrace of leftist curricula.

“We loved our schools,” she told HBO host Bill Maher. “Loved our teachers, loved the students and faculty and parents. … They were definitely leftist — we are more center-right — but that was fine; my whole family are Democrats.”

“But then they went hard left, and then they started to take a really hard turn toward social justice stuff,” she added, later noting some of the content her children were being taught was “divisive and counterproductive.”