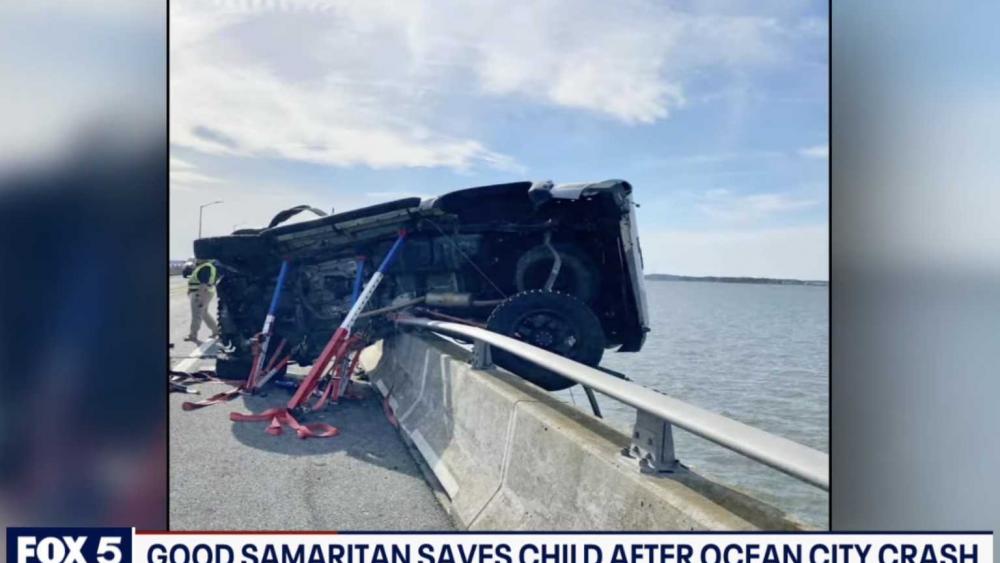 Over the weekend, a heroic, unnamed good Samaritan jumped into action — literally — when an infant was thrown into a bay in Maryland after a car crash on a bridge.

Ocean City officials praised the man, saying in a statement that “a heroic witness jumped from the bridge into the bay and rescued” the 2-year-old girl, who is now in stable condition, according to The Washington Post.

The incident took place just before 3 p.m. Sunday on a bridge crossing Assawoman Bay, when a crash forced one vehicle partially over the guardrail, sending the little girl out of her car seat and into the water some 25 feet below.

Watching the scene unfold in real time, the good Samaritan, who was “a couple vehicles back,” immediately dove into the water to rescue the baby, according to James L. Jester, assistant chief of the Ocean City Fire Department. “It was just that quick,” he added.

Jester said the man “obviously” has “hero blood in him.”

A nearby boater saw the man jump into the water, catching some of the harrowing rescue on video, which he shared to Facebook.

“Seconds counted in this rescue,” wrote witness Joel Oertel. “Unbelievable that the hero who jumped probably didn’t know that the bay was only [four to five feet] deep in that area.”

“This good Samaritan’s actions — without a doubt, we can say — saved this child,” Ryan Whittington, public information officer for the OCFD, told local news outlet WTTG-TV.

The little girl was flown to Johns Hopkins Children’s Center in Maryland while seven other people were transported by vehicle to nearby hospitals.

Authorities are currently investigating the cause of the accident.