Lake-Effect Snow Machine to Fire up Early This Week 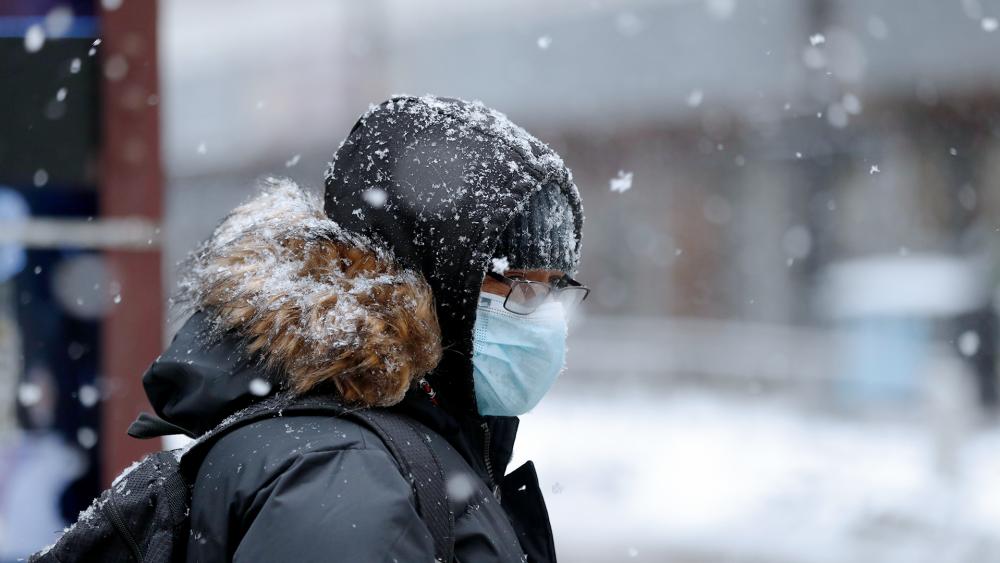 In the wake of an Alberta clipper that brought snow to the Great Lakes on Sunday morning and will bring snow to the interior Northeast on Sunday afternoon and evening, AccuWeather meteorologists say that will not be the end of the snow.

While most of the lake-effect snow is still to come, some locations had a preview on Saturday. For example, a band of heavy lake-effect snow set up over Buffalo, New York, on Saturday morning. This dropped 1.7 inches of snow and was the city's first accumulating snow of the season. Normally, the first accumulating snow occurs on Nov. 8, in Buffalo, so it was several days later than average. 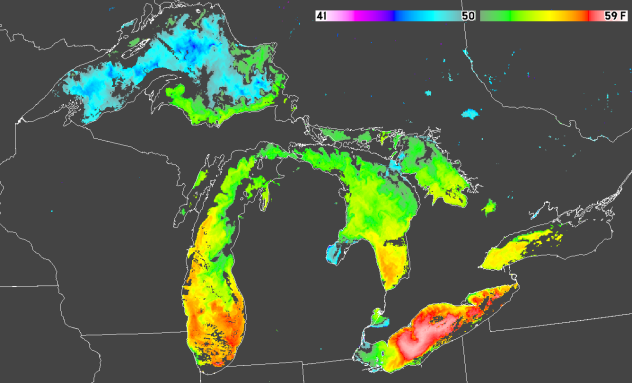 Clear skies in the early morning of 10 November 2021 allowed mapping of lake surface temperatures from VIIRS satellite data acquired at CIMSS. Much of Lake Superior was in the mid-40s ºF while much of central Lake Erie is in the upper 50s. (SSEC/CIMSS)

Although the lake-effect snow will not begin in the eastern Great Lakes and the interior Northeast until later Sunday or Sunday night, some was already occurring on Sunday morning farther to the west.

Lake Superior is the northwestern-most of the Great Lakes and is often the first to produce lake-effect snow since weather usually moves from west to east.

"Progressing through the day on Sunday and into Sunday night, the lake-effect snow machine will kick on across Lakes Michigan and Huron," stated Buckingham. 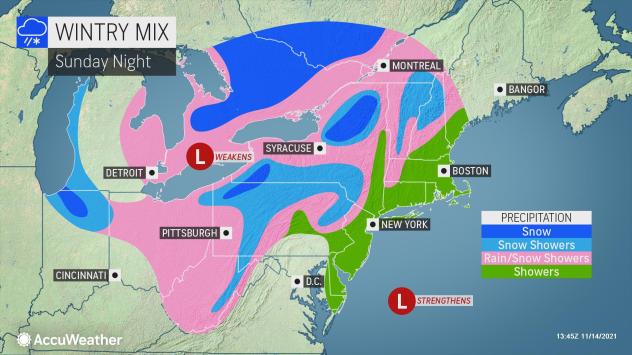 As the colder air continues to work southeastward, more areas will receive snow by Monday.

"During the day on Monday, lake-effect snow showers are expected to stream downwind of all five Great Lakes," said Buckingham. 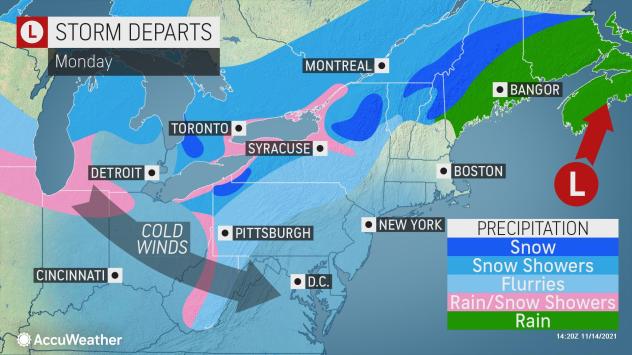 Even though the air mass will be quite cold and many locations will receive accumulating snow, this will not be the case in all areas where snow falls. Typically by the middle of November, any areas that have lake-effect have precipitation fall in the form of snow. Due to the aforementioned abnormally warm lakes, that will not happen this time.

"With lake temperatures still well above freezing, some locales along the immediate lakeshores can expect a cold rain to mix in with the snow at times," explained Buckingham.

In addition, during the afternoon hours on Monday, most temperatures over the land areas will rise above freezing. Therefore, much of the accumulation that could cause slippery roads will be restricted to Sunday night and Monday morning. Even where snow falls all day, some melting may occur.

In some of the most intense snow bands, thunder and lightning are not uncommon. However, that is not expected on Sunday night or Monday. While also unlikely with this round of lake-effect snow, another potential hazard can sometimes exist.

"Although it may seem like an odd time of year to think about it, some lake-effect rain and snow showers over the lakes can even produce waterspouts," cautioned Buckingham.

Lingering lake-effect snow may linger into Tuesday off of the eastern Great Lakes. Warmer weather is then expected by midweek. 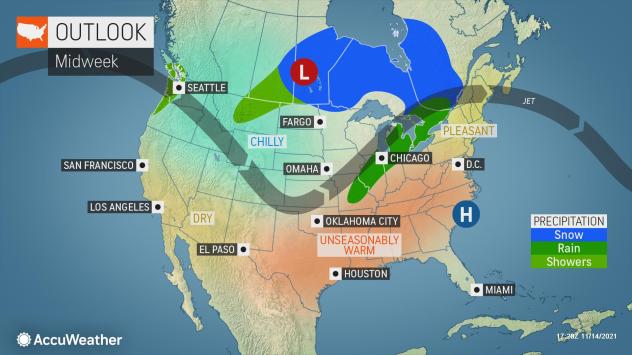 However, colder air will return by the end of the week, and lake-effect snow may again fall by Friday.