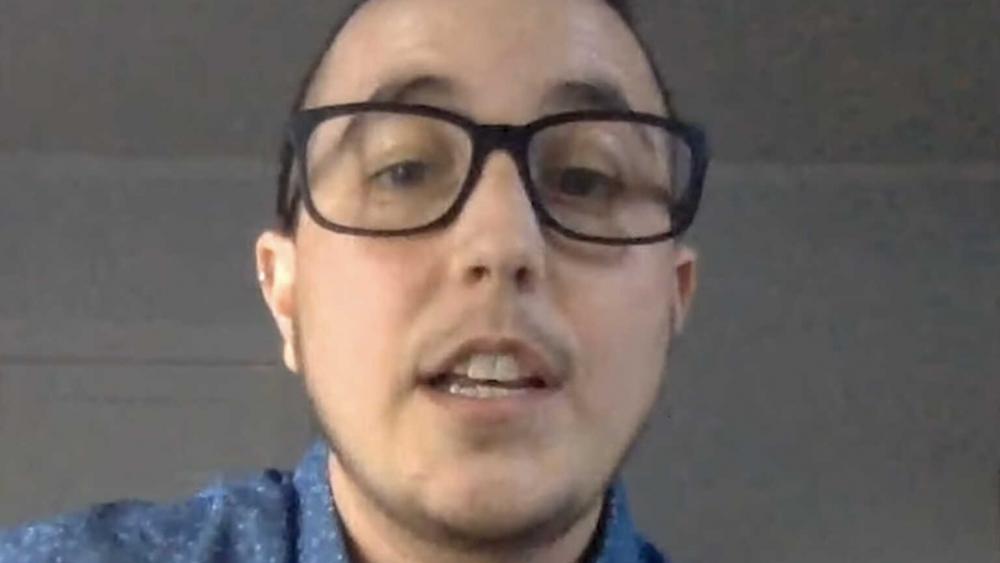 Allyn Walker, an assistant professor at Old Dominion University in Norfolk, Virginia, is arguing “minor-attracted people” — those sexually drawn to children under the age of 18 — should not be ostracized for their attractions, suggesting such urgings are OK, so long as they are not acted upon.

Walker, who identifies as “queer” and “nonbinary trans,” said during a recent interview there “is no morality or immorality attached to attraction to anyone, because no one can control who they’re attracted to at all.”

The ODU instructor recently released a book, “A Long, Dark Shadow: Minor-Attracted People and Their Pursuit of Dignity.” In it, Walker addresses “widespread assumptions that persons who are preferentially attracted to minors — often referred to as ‘pedophiles’ — are necessarily predators and sex offenders,” noting in the abstract: “This book takes readers into the lives of non-offending, minor-attracted persons (MAPs). There is little research into non-offending MAPs, a group whose experiences offer valuable insights into the prevention of child abuse. Navigating guilt, shame, and fear, this universally maligned group demonstrates remarkable resilience and commitment to living without offending and to supporting and educating others.”

During the conversation with Prostasia, Walker stated a desire “to be extremely clear that child sexual abuse is never, ever OK. But having an attraction to minors, as long as it isn’t acted on, doesn’t mean the person who has those attractions is doing something wrong.”

“I think we have a tendency to want to categorize people with these attractions as evil or morally corrupt,” the professor said. “But when we’re talking about non-offending MAPs, these are people who have an attraction that they didn’t ask for. And one that frequently they would give anything to change. But they find that they’re unable to change those attractions. And most importantly, the people in my study did not act on them.”

Many MAPs never commit a sexual offense against a minor. And that difference is important because, when we don’t understand that distinction, we make incorrect assumptions about the likelihood of offending amongst MAPs. This leads to people believing that just because someone is attracted to minors, they’re likely to commit an offense. And we start to criminalize a population just because of their attractions. Not only is this a problem in terms of criminalization, but it also serves to heighten stigma against MAPs in general, which is a huge problem.

As for why it’s problematic — in Walker’s view — to stigmatize sexual attraction to minors, the Virginia educator suggested people “don’t fully understand the differences between MAPs and sex offenders.”

“Again, we have this confusion between the attraction and a criminal behavior,” Walker said. “Which I stress so much is just a huge problem. Stigma against MAPs is a problem, in part because it makes MAPs think that they’re monsters. That’s really problematic in terms of MAP wellbeing. It’s really hard to cope when you think you’re a terrible person because you have attractions that you can’t change. But it’s also hugely problematic because, when MAPs get the impression that they’re destined to commit an offense against a child, they might not realize that it’s a choice that they have and that there’s help out there if they feel some kind of temptation to commit an offense.”

Walker’s interview with Prostasia immediately went viral. After the Twitter account Libs of TikTok shared a snippet of the professor’s interview, social media users across the platform began calling on ODU to fire the faculty member.

Content warning: The subject matter of the below video may disturb some viewers

American Conservative writer Rod Dreher acknowledged the importance of establishing resources for pedophiles seeking to resist acting out, but cautioned against “considering pedophilia just one more ‘sexual orientation,’” as Walker writes in the book.

“Because if it ever came to that, we are halfway to legalizing it, following the same path that standard homosexuality took,” Dreher wrote. “If sexual desire is the equivalent of identity, and if to sexually desire minors is at the core of one’s identity, then how can we stigmatize or otherwise suppress pedophiles if we recognize that other kinds of sexual minorities have civil rights?”

“Anybody who has lived through the last twenty years knows that sexual identity and the law is a slippery slope,” he continued. “This needs to be crushed right now, without apology.”

ODU has not yet addressed the controversy over Walker’s comments.