Retired Navy SEAL Reveals Secrets to Going Off Grid: 'Make Your Plans in Pencil and Give God the Eraser' 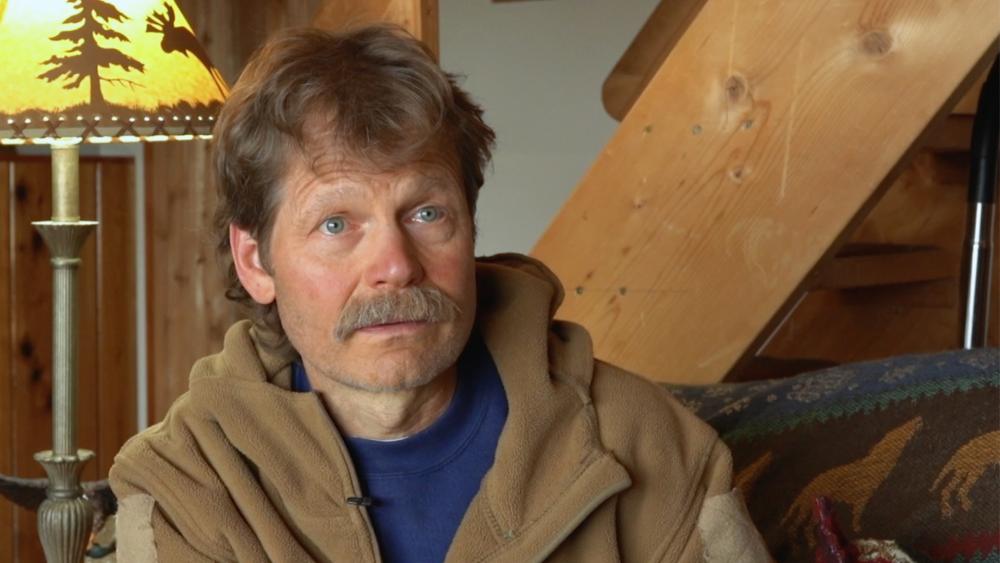 At fewer than two people per square mile, Alaska boasts the lowest population density in the country. And for people like Brian Heaphy, that's one of the biggest reasons to live here. After graduating from the Naval Academy and a successful career as a US Navy SEAL, Heaphy needed a change of pace.

"The deployments are six months long, and I did three back-to-back deployments," says Brian. "I felt very fortunate to still be alive at the end of those five years."

So, after resigning his commission, Heaphy went back to his childhood passion - the great outdoors. "I was very blessed to be able to grow up in a rural area, you know that was always my draw. To the outdoors, the wilderness."

Heaphy took a job as a river guide in Alaska and loved the wide-open spaces and the challenges of living off-grid. And his military experience serves him well when he's on his own in the backcountry.

"Preparation, self-discipline, learning to form realistic goals according to the time that you have available," says Brian.

Chores are a standard part of life out in the Alaskan Wilderness, but this is not a pastime or fitness, this is survival. The problem is, it comes with its own set of risks. Because if you get hurt out here, it's a long way to the nearest hospital. And that means you've got to be extra careful and very meticulous about everything you do.

"Where I live now, a little mistake at sixty degrees below zero in the dark can turn into a life-threatening scenario," says Brian. "And it does! Some people call it Murphy's law, I call it the law of opposition. There's always things working against you."

And survival is all about making the best use of the resources you have available. But getting away from civilization doesn't equate to a stress-free life. There's always more to do than time to do it.

"Living here in a very austere environment, one of the most unforgiving environments on the planet due to the cold and the darkness and the rapid change of seasons, you begin to learn and to focus on economy of time," says Brian. "There's only so many hours in the day. It does add a sense of urgency and intensity and reveal to you what really is important, what really does matter. And a lot of what goes on in the world doesn't matter."

Living out in such vast country, you realize how small you are. And vulnerable. And fragile.

"Learning to move with purpose, to form a careful plan with each strike of an ax," says Brian. "I'd rather do something well once than have to go back and do it twice when I've got other things to do."

With all the dangers he's confronted in 20 years of living in the bush, Heaphy has discovered that nature isn't the biggest threat he faces.

"The greatest danger to me is me! If I'm not disciplined and I don't keep God first in my life. It's as simple as that," says Brian.

Brian has learned that by living an intentional life, every chore can become a spiritual act of worship.

"Getting wood. Hauling water. Cooking. Cleaning. Keeping ahead of the seasonal changes and making sure you're stocked up. Exercising your body, which isn't too hard to do. But I think My life could best be described as the perfection of vital activity. That's what I engage in. How can I become better at any given task at any time to become more efficient, more safe, and productive. And there's a joy in that!"

Brian has taken the lessons he's learned living off the grid and put them into devotional form, both with Scripture-based greeting cards containing his own photography, and in his new book, Crystal Vision.

"It's for believers and non-believers alike to consider eternal things."

Ironically, one of the biggest lessons he has learned spending years by himself is the importance of fellowship.

"It's good and instructive to have a getaway, where you can draw nearer to God, focus on Him, pray that he'll reveal more of his character and to reveal more of his wisdom. But there's no wisdom in having a stay-away lifestyle, you're not part of the solution, you don't grow. Fellowship is a huge part of the Christian walk. We're strengthened by our brothers and sisters. If they're true friends, brothers and sisters they can point out where we might be slipping a little bit, where there may be sin in our lives that we don't notice."

"My initial purpose in going outside and striking out on my own and developing this life...I had a general idea what I wanted, but you know there's that old saying 'make your plans in pencil and give God the eraser.' And I'm so thankful he took that eraser and rearranged some of my priorities. But it all worked together beautifully."