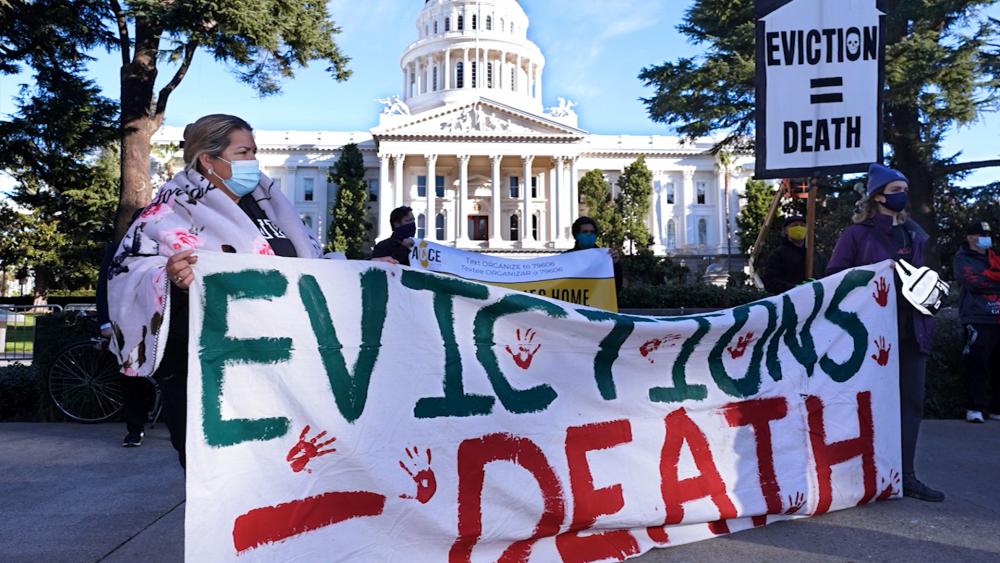 Both the Trump and Biden administrations declared a moratorium on evictions during the pandemic. However, the US Supreme Court recently struck down efforts to extend it. That means a lot of people could be out of their homes, although federal money meant to help landlords and tenants is stuck in bureaucratic red tape.

Tawana Smith of Las Vegas, NV lost her job when the pandemic first hit. She and her family, which include her disabled husband and five children, have struggled to make ends meet.

"It took six months I believe to get unemployment; you know after I lost my job," Smith said. She told CBN News that she soon fell behind in her rent which is now several months in arrears. To avoid eviction, she has applied for rental assistance through a program in her state, but the help has been slow coming.

"We're still waiting right now," explained Smith. "We applied and we're still waiting to see. We know that we meet the criteria and the qualifications so we're saying we're approved but until a caseworker goes through, it's pretty much on hold."

Smith is not alone. Evictions, mostly on pause during the pandemic, are expected to ramp up now that the federal eviction moratorium has ended. According to Census data by National Equity Atlas, more than six million households in the country are in behind in their rent payments. A federal program that gave grants to states to help tenants and landlords was supposed to help the situation, but most states have failed miserably to distribute the money, mostly due to bureaucracy and red tape.

Of the 46.5 billion rental assistance allocated by Congress only eleven percent of that had been distributed as of July. Most states have distributed 20 percent or less of their share.

Virginia and Texas are two success stories, followed by Alaska, Illinois, and Massachusetts.

Through July 28, the Virginia Rent Relief program processed and disbursed more than $335.7 million. Amanda Love of the Virginia Department of Housing and Community Development applauds the state's swift action to put a plan into place last summer.

"Virginia has actively and continues to actively be distributing and reaching as many Virginians as we possibly can at this time," Love told CBN News. She explained that the program is aimed at assisting tenants as well as property owners who have fallen on hard times during the pandemic. "Tenants can do an initial application and we brought on our partners at Virginia Housing in and they started administering the landlord side of things where a landlord can apply on behalf of their tenants," said Love. "It keeps the tenants safely and stably and it makes our landlords whole and that's important for both parties to benefit from this."

Housing providers say it is important for residents and landlords to know that there is money available to help.

"We are not the bad guy we are here to provide quality stable housing for people," said Renee Pulliam, Director of Operations for Residential Property Services at Cushman and Wakefield/Thalhimer in Richmond, VA.

"We have about 10,000 apartments and we have helped close to 1,500 households secure rental assistance since the program started in August of 2020," Pulliam told CBN News.

Meanwhile, Smith's eviction is on hold as she waits to see if the help, she needs will come to get her caught up on back rent.

"Quite honestly I think it's disgraceful that other states have been sitting on millions of dollars for a long time and there are people who need this assistance and need this funding that can't get it," said Pulliam.

Smith and her family are in the process of finding another home now that her lease has expired.