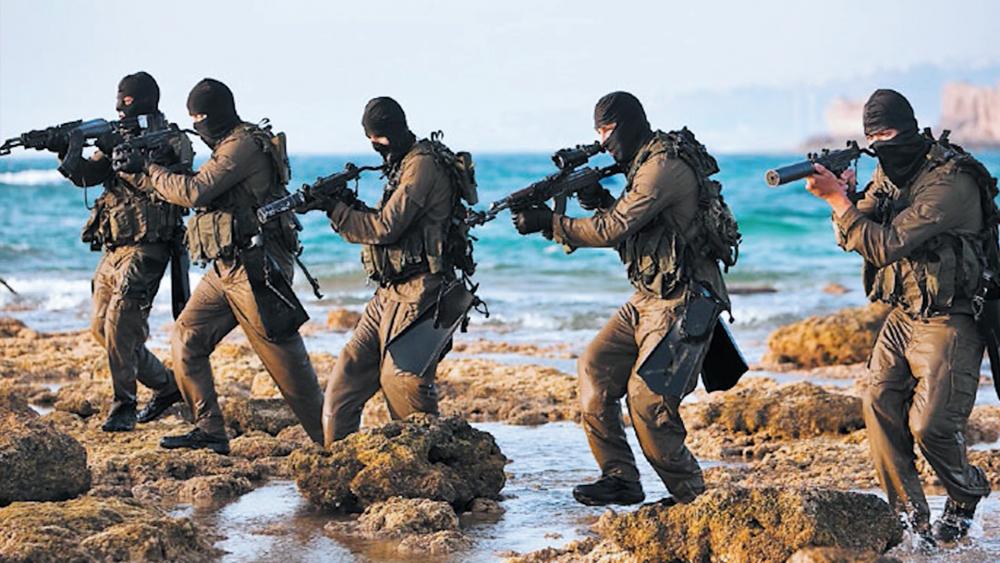 The connection between the U.S. and Israeli Special Forces is reaching a new level as military men and women find strength by being open and vulnerable about their wartime experiences.

The relationship between both countries has also led to new legislation that could result in better treatments for those suffering from Post-Traumatic Stress.

Clinical psychologists say many veterans keep their frontline experiences private, even hiding them from family and friends. Research and firsthand experience, however, show the best route to healing is by sharing. That could also save the life of someone else secretly suffering.

"I lost one of my soldiers and another from my team was injured," said Yotam Dagan, a former Israeli Navy SEAL. "He lost his right leg, almost at the height of his groin. I had to stop the bleeding and help save his life. That was traumatizing."

Dagan is one of the select few specializing in underwater sabotage of enemy ships. His first encounter with death was at the young age of eleven when he witnessed the Coastal Road Massacre in 1978. The terror attack was led by Palestinian terrorists operating out of Southern Lebanon who hijacked a bus, killing 38 and injured 70 more. Dagan survived by hiding in a bush on a local beach.

"At 15, I joined the SWAT team," Dagan said. "I had to train with them in the local community and we had to be ready if something like this attack happened again."

Hiding those memories and emotional wounds, Dagan eventually trained to be a warrior with the Israeli Navy SEALs at age 18.

The Navy SEAL advanced swiftly through the ranks. He became a Navy Special Warfare Team Leader, diving into darkness and destroying enemy ships. That valor, however, comes at an extreme cost.

"People shouldn't wait to share their stories like I did for so many years," Dagan said. "They should get help. Sometimes the early intervention, days after something traumatic happens, could make a lifetime of difference between a lifetime of debilitation."

One in 11 people will be diagnosed with Post-Traumatic Stress in their lifetime. That's roughly three and a half percent of the population each year, and it's not limited to the battlefield. The costs are steep. Statistics show 20 U.S. veterans commit suicide each day, totaling some 6,000 each year.

"My way of healing was to heal others," Dagan said.

He became a clinical psychologist and now helps some of the most broken individuals put their lives back together.

His most recent work is with American Friends of Israel Navy SEALs (AFINS), a non-profit helping U.S. and Israeli veterans trade in weapons for skills used to transition into civilian life through a program called Springboard.

"We want to help veterans and provide resources to veterans, and many times we find these tragic veteran suicides that they have not been connected to the VA or the resources that were available," said Congresswoman Elaine Luria, (D) Virginia.

Rep. Luria served in the Navy for 20 years. She's building on the U.S. Israeli partnership by sponsoring legislation that calls for greater diagnosis and research.

"I want to be able to provide those resources through grants and collaborative research through Israel to make sure that we can address the most cutting-edge procedures, technologies, medications," Luria said.

As the bipartisan bill waits its turn, Dagan is sharing how he turned his scars into what he calls post-traumatic progress. The details in his new book,  A Time to Kill, A Time to Heal: An Israeli Navy SEAL's Journey.

His lessons are helping others overcome the invisible wounds of war and tap into the true power of the healing hands of God.

"This divine entity is something that drives me in the work that I do," Dagan said.

As the U.S. closes its chapter on the longest war in Afghanistan, Dagan and Luria agree it's more important than ever to help our veterans."

"In a time for our country that seems very challenging and feel there's not a lot of bipartisan cooperation on important issues, the fact that we can come together and help our service members and strengthen the U.S./Israel relationship," she said.

H.R. 852 has bipartisan support in both the House and Senate and will go to the Armed Services Committee for acceptance in the National Defense Authorization Act.