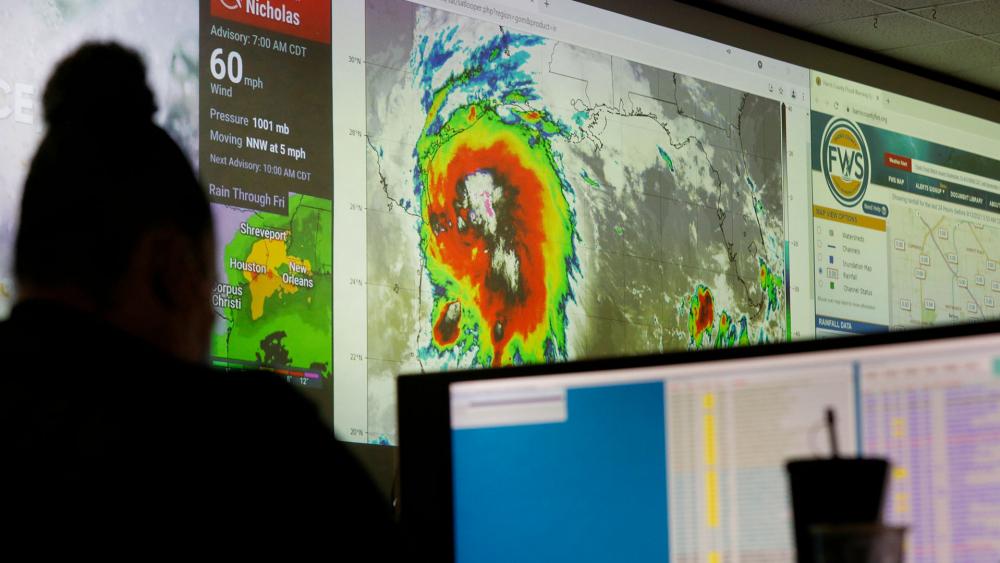 Hurricane Nicholas hit the coast of Texas early Tuesday morning as a category one hurricane, packing wind gusts up to 95 miles per hour and threatening dangerous flooding all along the Gulf Coast.

Some areas could see as much as one to four inches of rain an hour. For this reason, a state of emergency has been declared and the National Weather Service has issued a rare "high risk" for life-threatening flash floods caution.

The storm is threatening areas hard hit by Hurricane Harvey in 2017, including Houston where they could see up to a foot of rain. The Port of Houston, schools and medical facilities are all closed.

"What I can assure people in this city, is that we are as ready for this storm as we could be for any storm," Houston Mayor Sylvester Turner told reporters.

In Louisiana, where they're still reeling from Hurricane Ida, another state of emergency is in effect and New Orleans is under a flash flood watch.

"I know that bracing for another storm while we're still responding to and trying to recover from Hurricane Ida is not the position that we wanted to be in," said Louisiana Gov. John Bel Edwards. "But it is a situation that we are prepared for."

More than 100,000 people are still without power in Ida's aftermath in Louisiana.