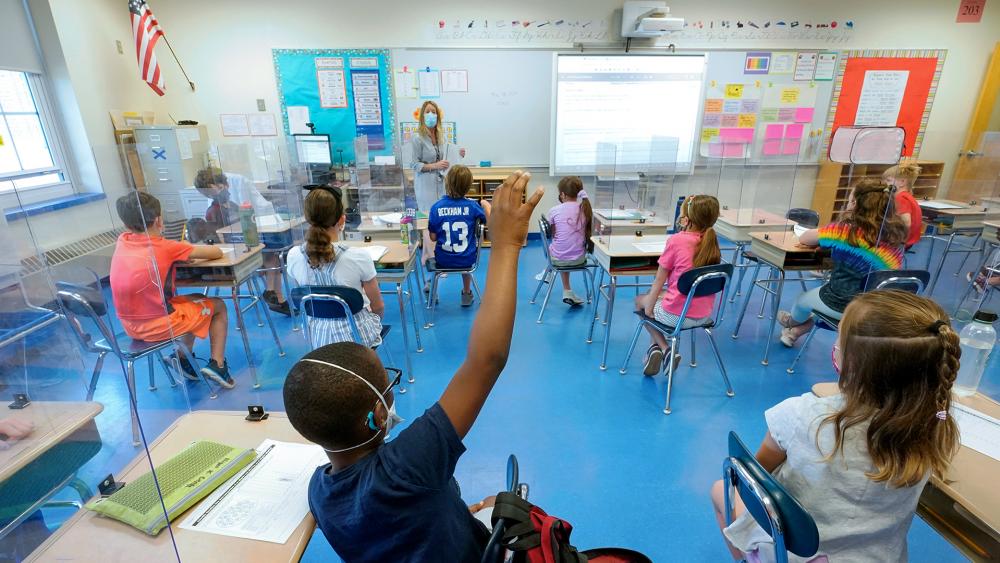 A research organization called One Nation reports more than a dozen U.S. states have been part of this effort to use COVID relief funds to teach CRT.

Fox News reports it has verified the facts in the One Nation report. The funds come from the March 2021 American Rescue Plan (ARP) Act which Democrats billed as a necessity for reopening schools during the pandemic. The law provided over $122 billion for the Elementary and Secondary School Emergency Relief Fund (ESSER), which helped multiple states implement "implicit bias" and "anti-racism" training, among other programs, according to the research from One Nation.

The U.S. Department of Education published a report in August of last year offering suggestions of how states could use ARP funds to address the impact of lost instructional time on students.

The report recommended that states use the funding to "build trust with families to support in-person learning" by communicating frequently with families, implementing universal indoor masking, providing access to vaccinations, and other measures, including addressing the "reasons families of color have cited for not returning to in-person learning," such as "fears of xenophobic and racist harassment."

At least $46.5 billion from the ARP ESSER fund has been allocated to 13 states, including California, New York, and Illinois, that are planning to use the funds to implement CRT in their schools, according to Fox.

California's Department of Education received $15.1 billion in funding for its school reopening plan. This amount included $1.5 billion for training resources for school staff regarding "high-need topics," like "implicit bias training."

According to the plan, the state used the funds to "increase educator training and resources" in subjects such as "anti-bias strategies," "environmental literacy," "ethnic studies," and "LGBTQ+ cultural competency."

The New York State Education Department (NYSED) received $9 billion in funding for its reopening plan, which backed the idea of "putting DEI (diversity, equity, and inclusion) at the heart of NYSED's work with" all local education agencies.

The funding helped NYSED's Civic Readiness Taskforce build a plan to provide "staff development" on topics like "privilege, implicit bias, and reactions in times of stress." The plan also approved of schools using social-emotional learning {SEL} to "support the work of anti-racism and anti-bias."

The plan said the New York State Board of Regents "is committed to creating an ecosystem of success built upon a foundation of diversity, equity, inclusion, access, opportunity, innovation, trust, respect, caring, relationship-building, and much more. It is the policy of the Board to promote diversity, equity, and inclusion in all NYS districts and schools..."

"Equity warriors" were currently working to create "more diverse, more equitable, and more inclusive" school communities across the state, and that their efforts should be "recognized and applauded," the New York plan said.

In Illinois, $5.1 billion in COVID funding was awarded to the state Board of Education for its reopening plan that carried out policies with "an emphasis on equity and diversity."

The Illinois plan provided school districts with training on topics like "anti-racism" and equity, and allocated a percentage of funds to create a statewide coalition to help school districts offer grants for projects addressing "issues pertaining to interrupted learning and support groups that were disproportionately impacted by the pandemic (e.g., homeless, LGBTQ {sic}, marginalized communities)."

There are at least 10 other states, including Michigan, New Jersey and Virginia, that used or plan to use billions of dollars in ARP funding for their state education departments to implement certain tenets of CRT, according to Fox News.

The Department of Education responded to the report in a statement that said it is "not encouraging the use of American Rescue Plan funds to teach CRT—and any claim to the contrary is patently false."

"The Department believes politicians should stay out of the curriculum decisions that are best made at the local level, in engagement with parents, families, and local school communities," the statement continued.

"American Rescue Plan funds – which have been indispensable to safely re-opening practically 100% of our schools – are helping school communities recover from COVID-19..." it continued. "As we've repeatedly told your outlet, and is on the Department's website, curriculum decisions are made at the local level."

Also responding to the report, the Illinois State Board of Education said, "ISBE is using the funds to support students' academic recovery from the pandemic."

As CBN News reported earlier this month, questions about COVID response funding are being asked by some lawmakers. They want to want to know what happened to the rest of the money given out.

Local governments have spent part of the American Rescue Plan on things like ballpark upgrades, new hotels, ski areas, and prisons. The money was intended to help Americans recover from the COVID economic impact, but the broad definitions of how the money could be used allowed projects like those to be paid for with the taxpayer dollars.

"The federal government is very good at giving out money and not caring how it gets spent, and not worrying about if it comes back if it's being wasted," he said. 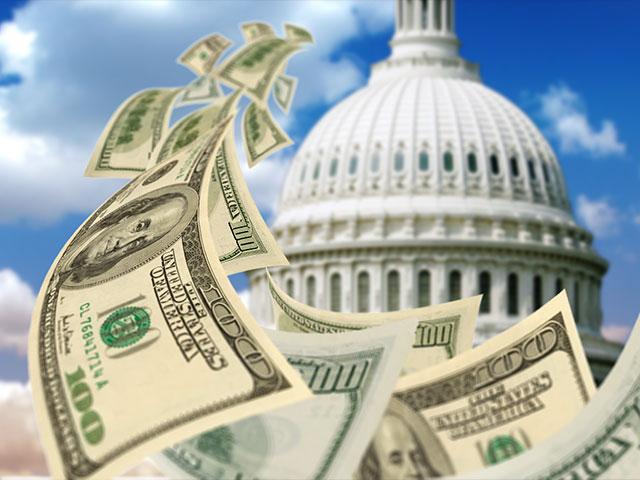