Blazing Inferno Completely Destroys Car. But Firefighters Are in Awe After Discovering ‘Intact and Mostly Unburnt Bible’ Inside 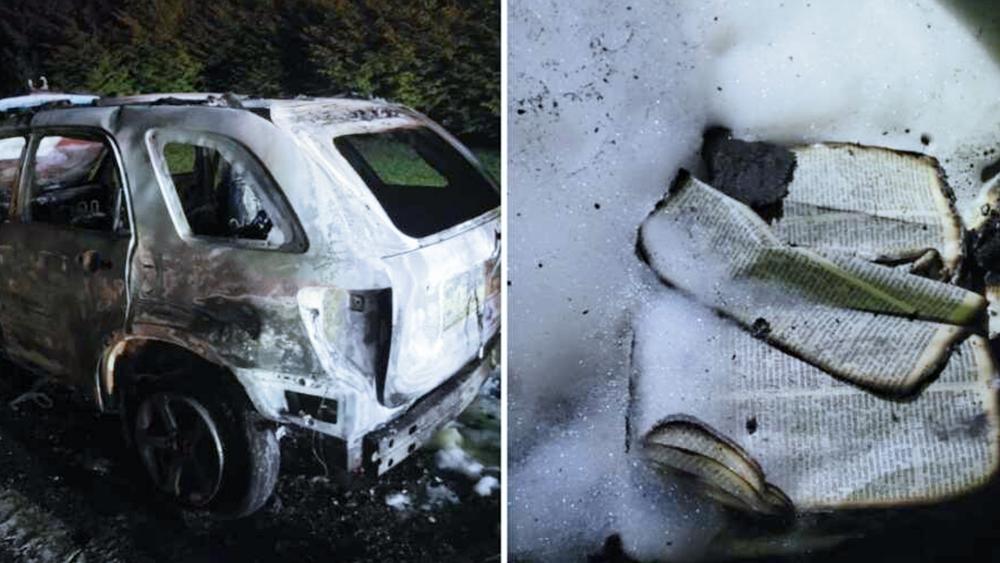 Firefighters in Rustburg, Virginia, responded to a call about a car on fire and tamed the flames, but when they looked inside, they found something stunning: a “still intact and mostly unburnt Bible.”

The Rustburg Volunteer Fire Department responded to the blaze around 3 a.m. on July 25.

The department later posted images of the torched Chevrolet Equinox, and the juxtaposition between the vehicle’s condition and the Bible makes the scenario pretty notable.

“If you look at the fire damage of the car, it is totally burned out,” the department wrote in a Facebook caption. “But inside was a Bible that was still intact and mostly unburnt.”

Rustburg Volunteer Fire Department Lieutenant Eric Spitzer further detailed the state of the car in an interview with WSLS-TV, proclaiming the flames destroyed everything.

“It burned everything inside of the car, the exterior, the tires off of it, it’s down to the rim,” Spitzer said. “It’s nothing but a shell of a car left.”

People commenting on the Facebook post were captivated by the images. Numerous people wrote, “Wow,” while others wondered whether God was trying to speak to people through the incident.

One person even pondered what chapter of the Bible the book was open to when it was found.

As for his part, Spitzer said the Bible reminded him he’s not alone when fighting fires.

“I feel God is protecting firemen at scenes,” he said.

Spitzer also said he believes perhaps the driver of the vehicle was protected, as someone behind her flashed lights while she was driving to let her know the car was on fire — an act that saved her.

“I felt [God] may be protected these people,” the fireman said. “They were alerted there was a problem.”

Another woman named Tammy commented on Facebook that “many firemen” have seen Bibles and other ” religious items” survive infernos. And she might be on to something, as CBN and Faithwire have reported over the years on numerous Bibles surviving fires.

In January, an Indiana police officer whose house burned to the ground just two days before Christmas discovered that his family Bible had been entirely untouched by the flames.

And a separate December incident saw a Texas family tragically lose their home on Christmas Day, yet their Bible remained untouched. 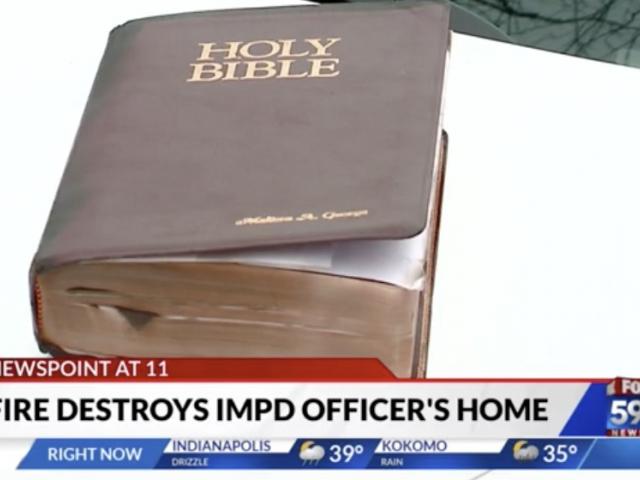 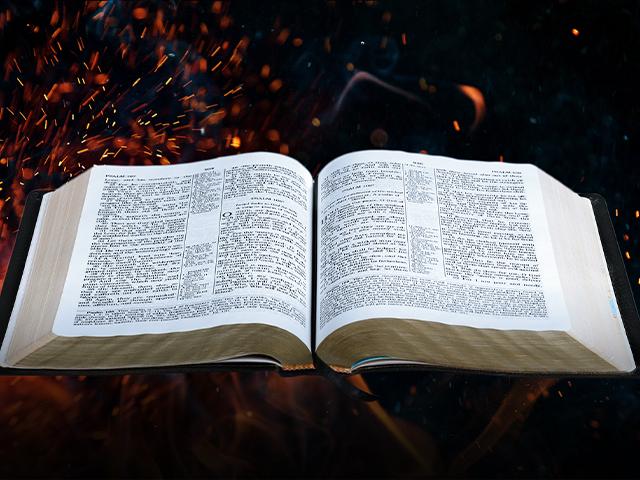 Texas Family Finds Bible Unharmed Amid Rubble After House Fire: 'God Was With Us' 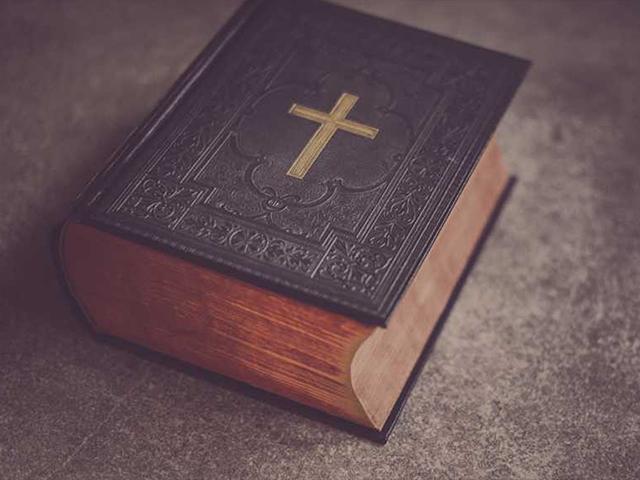