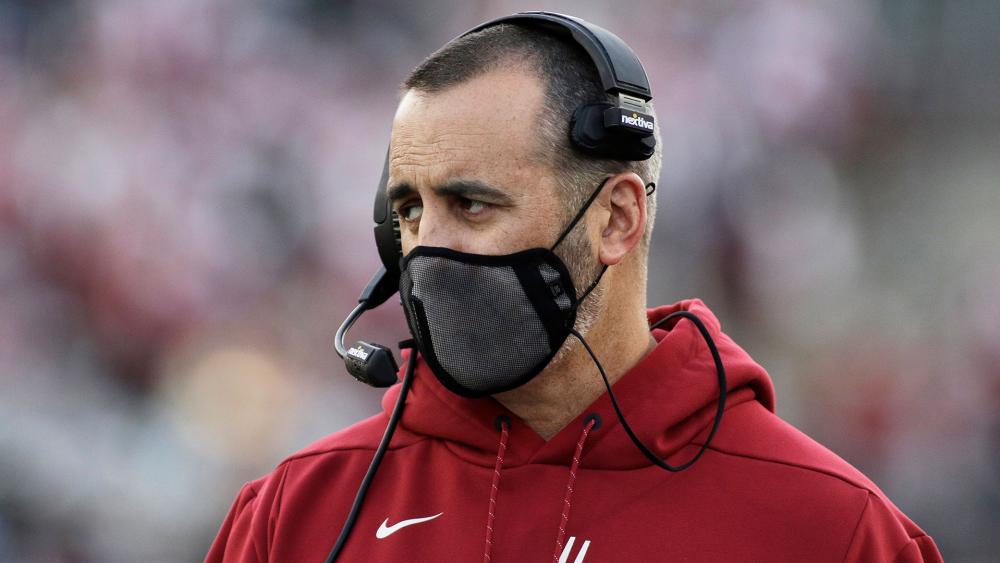 A former Washington State University coach has filed a claim against the school seeking $25 million after being fired for refusing the COVID-19 vaccine.

Washington's Office of Risk Management had filed a tort claim on behalf of football coach Nick Rolovich on April 27, the Seattle Times now reports. This type of claim is a prerequisite for filing a lawsuit against a state agency.

Rolovich, who is Catholic, was denied a religious exemption after Governor Jay Inslee mandated that state employees must get the vaccine.

"K -12 educators, school staff, coaches, bus drivers, school volunteers, and others working in school facilities will have until October 18 to be fully vaccinated as a condition of employment," an announcement from the governor's office stated at the time.

Rolovich was fired last October "for cause" after coaching in 11 games with the Cougars.

Rolovich had three years and about $9 million remaining on his contract at the time of his firing, Just the News reports.

Rolovich and his attorney, Brian Fahling, filed a 34-page administrative appeal to the school after his termination, but it was rejected.

According to The Athletic, Rolovich's appeal claims university HR recommended approving his religious exemption, but the athletic department said it wouldn't be able to accommodate it. Rolovich's lawyer is speaking out against Washington State athletic director Pat Chun.

"It is a tragic and damning commentary on our culture and more specifically on Chun that Coach Rolovich has been derided, demonized, and ultimately fired from his job merely for being devout in his Catholic faith," Fahling wrote.

"Since at least early April, it became clear that Chun had already determined that Coach Rolovich would be fired," Fahling continued. "Chun's animus toward Coach Rolovich's sincerely held religious beliefs, and Chun's dishonesty at the expense of Coach Rolovich during the past year is damning and will be thoroughly detailed in litigation."

"Chun's discriminatory and vindictive behavior has caused immeasurable harm to Coach Rolovich and his family," he added.

Rolovich and his legal team are expected to file a lawsuit against the school within 60 days.

A Washington State University spokesperson did tell CBN News "Mr. Rolovich has not yet filed a lawsuit."

At the time of publication, Rolovich's attorney did not respond to requests for comments.