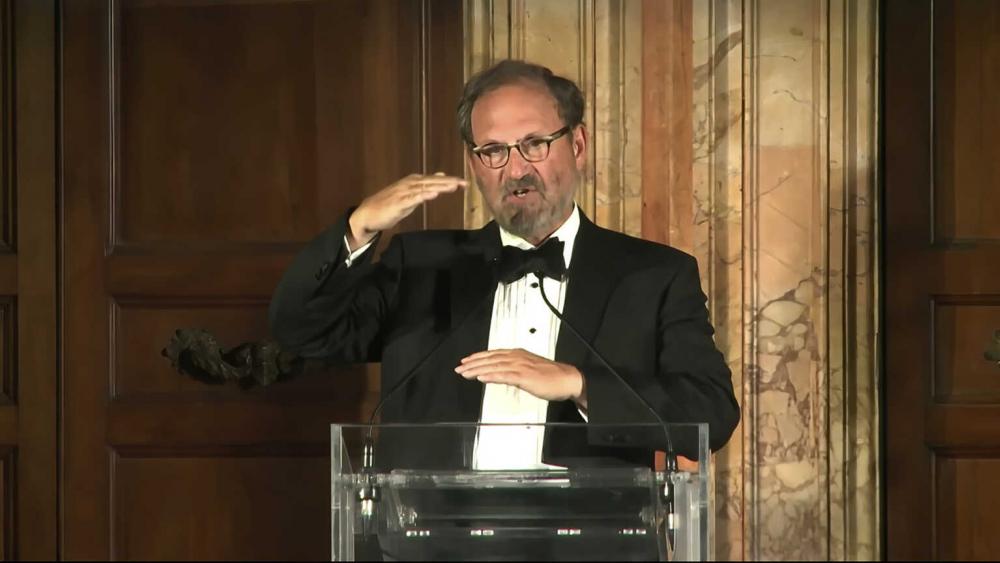 Atheist activists are frustrated over a recent speech by Supreme Court Justice Samuel Alito, during which he discussed religious liberty and warned about the essentiality of helping nonbelievers see its value.

What Alito Said About Religious Liberty

Speaking at a recent conference in Rome for the Notre Dame Law School’s Religious Liberty Initiative, Alito described the dire state of religious liberty in many places. He also discussed atheism, nonbelief, and the dismissive nature some take to faith.

“Religious liberty is under attack in many places because it is dangerous to those who want to hold complete power,” he said during the keynote. “It also probably grows out of something dark and deep in the human DNA, a tendency to distrust and dislike people who are not like ourselves.”

Alito went on to discuss the “turn away from religion” that is helping fuel problems regarding religious liberty.

“Polls show a significant increase in the percentage of the population that rejects religion or thinks it’s just not all that important,” he said. “And this has a very important impact on religious liberty because it is hard to convince people that religious liberty is worth defending if they don’t think that religion is a good thing that deserves protection.”

The conservative justice, who recently made headlines for writing the Dobbs decision overturning Roe v. Wade, the 1973 Supreme Court verdict legalizing abortion across the U.S., said the problem isn’t just indifference or ignorance but “growing hostility to religion” or “traditional beliefs that are contrary to the new moral code that is ascendant in some sectors.”

Why Atheists Are Reacting

These comments frustrated the Freedom From Religion Foundation (FFRF), an atheist activist group, with nontheists calling the comments “disturbing” and accusing Alito of framing “nonbelievers as obstructors of religious liberty.”

“Alito appeared to single out nonbelievers as implied enemies of religious freedom,” the FFRF wrote in a statement.

Annie Laurie Gaylor, co-president of the organization, said nonbelievers have always been the “most ardent defenders of religious freedom.” She also questioned how Alito could be seen as giving a “fair hearing” to “nonreligious appellants.”

At the center of the dispute seems to be the definition of religious freedom and liberty, with the FFRF statement differentiating between Alito’s view on the matter and atheist activists’ framing.

“If Alito’s definition of religious liberty actually means privileging religion and religionists, he’s right that nonbelievers will challenge such interpretations,” the statement read. “If by ‘religious liberty’ Alito means that believers can take away other peoples’ reproductive freedoms or be exempted from civil rights ordinances against discrimination, then that is a redefinition of ‘religious liberty’ nontheists emphatically will take exception to.”

The FFRF invoked additional critiques of Alito’s keynote, with Dan Barker, the organization’s other co-president, dubbing a portion of his speech borrowing language from Matthew 10:16 (ESV) a “highly disturbing message.”

During this particular portion of the speech, Alito discussed the importance of “resting in God” and proclaimed, “The champions of religious liberty who go out as wise as serpents and as harmless as doves can expect to find hearts that are open to their message.”

This language is taken from Matthew 10:16, a verse in which Jesus calls the disciples to spread the truth. The Scripture reads (ESV): “Behold, I am sending you out as sheep in the midst of wolves, so be wise as serpents and innocent as doves.”

This did not sit well with Barker.

“The whole context of this passage is that Christians are being persecuted by non-Christians,” he said. “This is a highly disturbing message coming from a justice of the Supreme Court.”

You can read more of the FFRF statement here.

Writers at the left-leaning Slate took a similar approach to Alito’s speech, targeting some of his claims about religious liberty concerns in the U.S. and other nations.

“In case this fact wasn’t already clear from his jurisprudence, Alito boasted that his vision of free exercise centers on proselytization and state-sponsored indoctrination,” the Slate piece read.

Initially, Alito’s speech was targeted by critics over his sarcasm and critique of foreign leaders’ condemnation of the Supreme Court’s handling of abortion. However, these religious liberty elements of the speech are now starting to make the rounds.

Regardless of atheists’ critiques of Alito, a very real religious freedom struggle is unfolding in the U.S., and his comments about the rise of nonreligious — and the impact this is having — continue to be played out in political and cultural circles.

From a football coach who lost his job over praying at the 50-yard line (before recently securing a Supreme Court victory) to bakers who have been fined massive amounts of money for declining to make same-sex wedding cakes, these concerns are very real, regardless of activists’ dismissals.